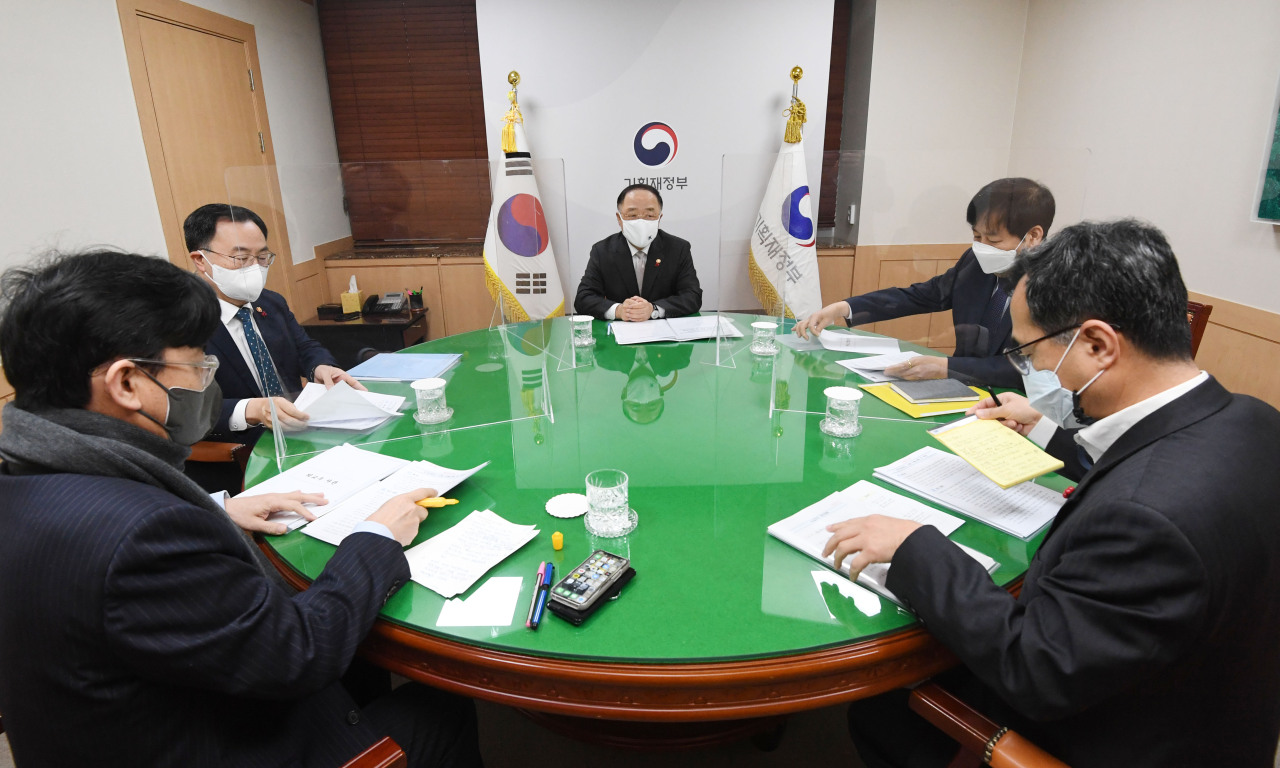 Finance Minister Hong Nam-ki (C) presides over a meeting meant to discuss ways to respond to the Russia-Ukraine issue in Seoul on Friday, in this photo provided by his office. (Finance Ministry)
South Korea has launched a task force to prepare for potential economic impacts of ongoing tensions between Russia and Ukraine on the local economy and the financial market, the finance ministry said Friday.

Tensions have escalated near Ukraine's border areas as the United States and its European allies have failed to reach an agreement with Russia to avert a potential military conflict.

Finance Minister Hong Nam-ki held a meeting with related ministers to assess the situation Friday, and announced the plan to activate the task force to respond to issues involving supply chains, exports, the real economy and finances, according to the ministry.

The task force will be in charge of checking the related situations on a daily basis and hold a meeting twice a week to seek countermeasures.

Based on the results, the government will come up with comprehensive responses next month, the ministry said.

The task force will be led by Lee Eog-weon, first vice minister of economy and finance, and will include officials from the industry, foreign and agriculture ministries, the Bank of Korea and other related organizations, it added.

"The situation is forecast to have a limited impact on the Korean economy in short and direct terms, given that the country's trade volume with both Russia and Ukraine are low, and the country has secured enough stockpiles of raw materials and crops," the ministry said.

Russia is South Korea's 12th-largest trading partner and Ukraine is the 64th.

"In case the situation worsens, however, it is feared to have greater impacts on the local financial market and the economy," the ministry said, citing the matter as a major downside risk, along with the COVID-19 pandemic and the possibility of the US' rate hikes. (Yonhap)