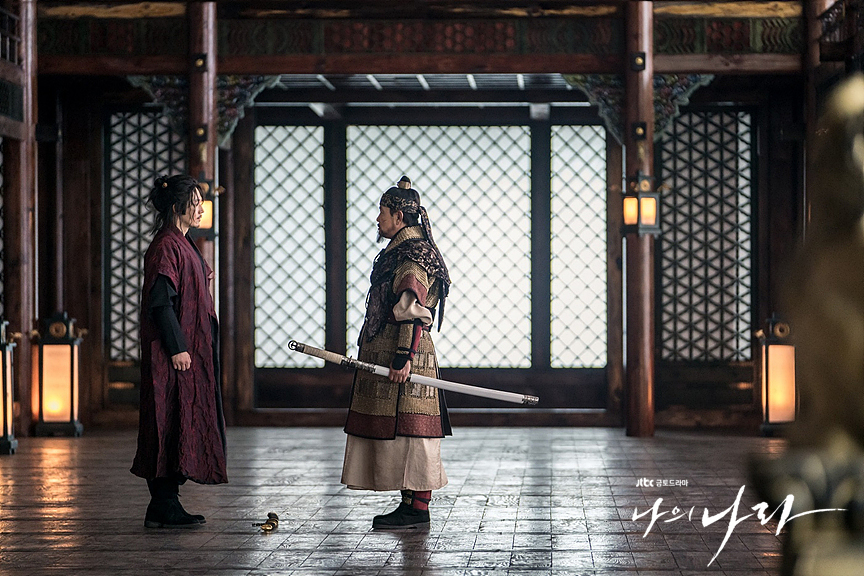 Still image shows Yi Bang-won (left), played by Jang Hyuk, and his father and founder of Joseon, Yi Seong-gye, played by Kim Young-cheol in “My Country: The New Age” (JTBC)
If you are interested in learning about Joseon, the last dynastic kingdom of Korea, watching local broadcaster JTBC’s period drama “My Country: The New Age” (2019) via its official website or streaming platforms Netflix and Tving might be the perfect way to spend your weekend.

The series, a fictional story based on historical facts, centers around characters who led the charge to establish a new kingdom at the end of the Goryeo period.

Aside from the political rivalry between Yi Seong-gye, the founder and the first king of Joseon, and his fifth son, Yi Bang-won, “My Country: The New Age” portrays individuals who risk everything to establish their own ideal country.

The star-studded cast, from veteran actors Kim Young-cheol, Jang Hyuk and Jang Yeong-nam, who made their names with hit historical dramas in the past, to rising stars Yang Se-jong, Woo Do-hwan, Cho Yi-hyun and actor-turned-singer Kim Seol-hyun of K-pop girl group AOA star in the series. 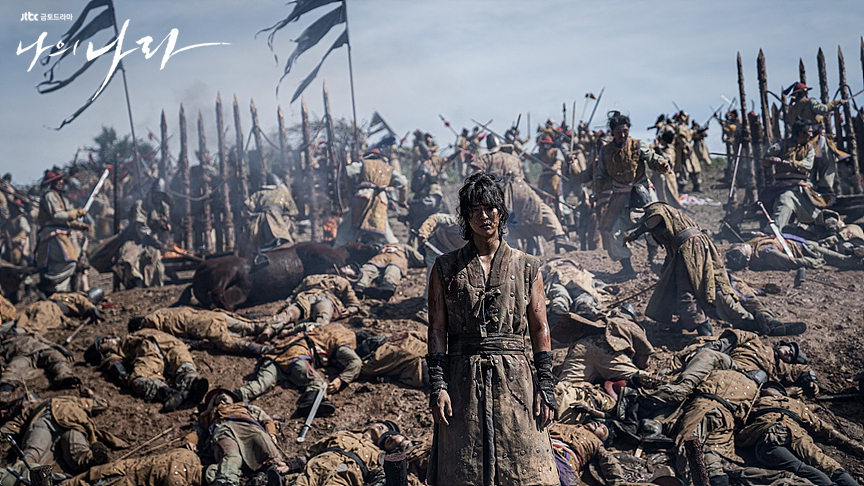 You might want to stay away if you are a romance fan. “My Country: The New Age” is more about the mind games, entangled relationships between friends, family and ambitions of the king and his retainers.

The 16-part series is available in Netflix with English subtitles. 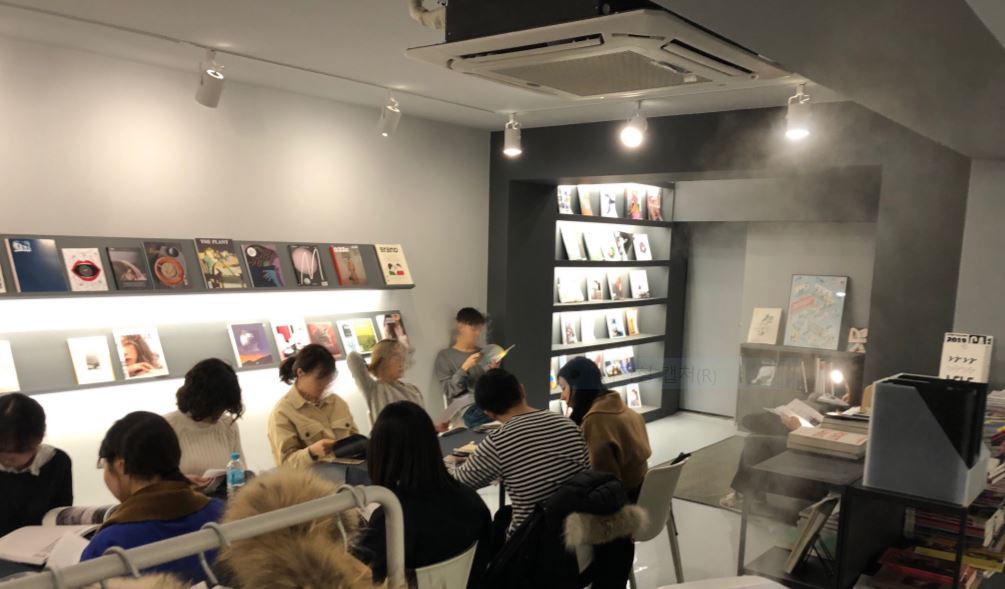 The Magazine Club (The Magazine Club’s official Instagram)
Just when you thought spotting the latest trends in magazines has become a thing of the past, a special book club solely dedicated to magazines in the hipster neighborhood of Hapjeong in Seoul proves otherwise.

The books shelves are lined with more than 700 different magazines, including some 300 foreign titles, which are updated regularly. The Magazine Club’s collection ranges from magazines on science and current affairs to nature, travel, the arts, photography to music and cooking. 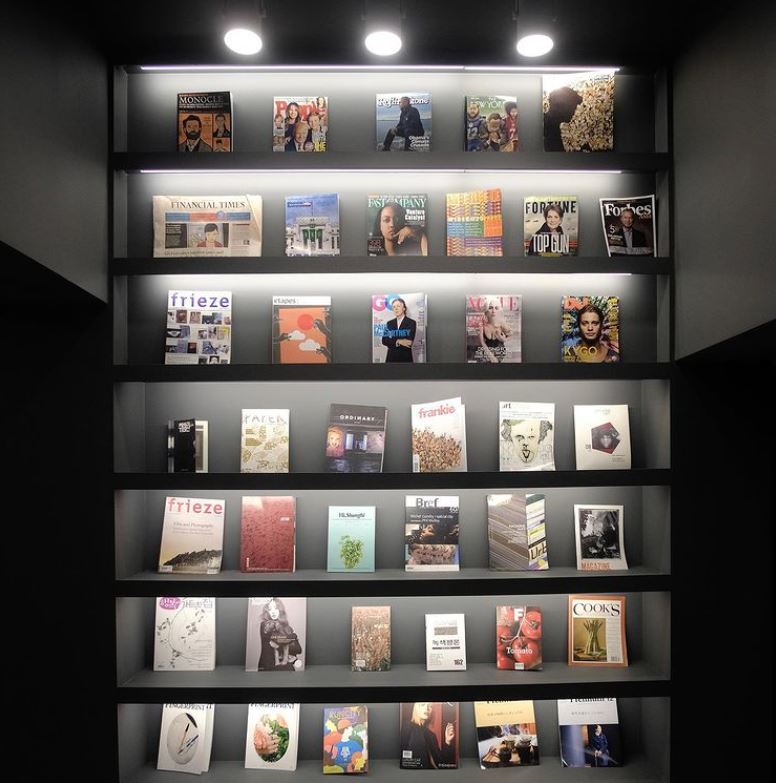 The Magazine Club (The Magazine Club’s official Instagram)
The aim of the club is to “figure out content trends among readers in their 20s and 30s, and curate in-depth contents for those in their 40s and 50s,” its website reads. The club, which welcomes people of all ages and backgrounds, believes the key to reading magazines is to find common interests among different people.

The daily admission fee is 5,000 won and there are quiet spaces where magazines can be perused at one’s leisure. Those enrolled as a member for three months or more are eligible to participate in monthly magazine club meetings hosted by the club.

Last July, the club opened its second reading space in Jeju, to which members of the Hapjeong location have free access.

The Magazine Club is open from noon to 10 p.m., Tuesday through Sunday. 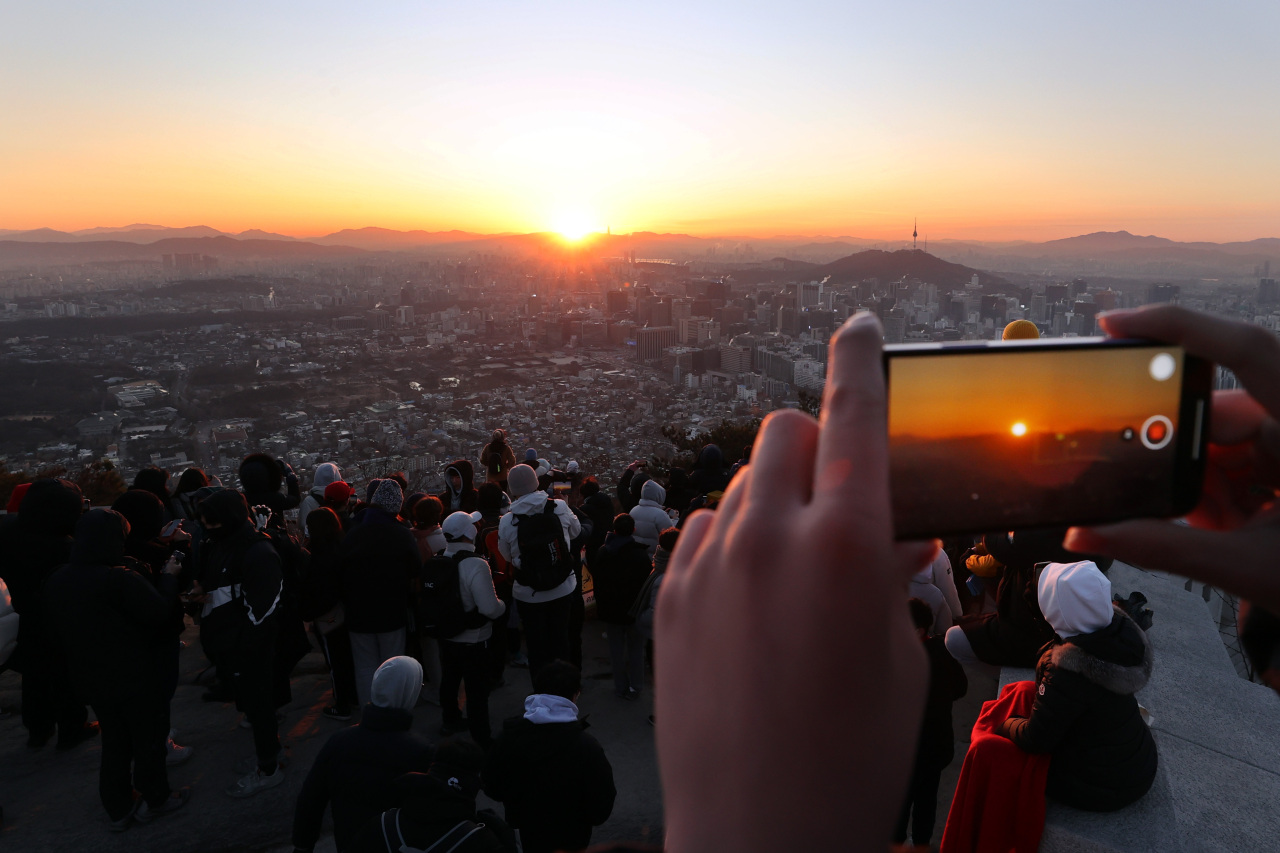 A visitor takes a photo of the sunrise on New Year’s Day at the summit of Inwangsan. (Yonhap)
Those who decide to stay in Seoul for the five-day extended Seollal holiday might consider climbing a small mountain in the heart of the city. You can enjoy the outdoors, no tickets or reservations required.

Inwangsan, which can be translated as the “mountain of the generous king,” is one of the more accessible mountains in central Seoul. Among the many hiking trails that it offers, the best-known one is easily reached from Gyeongbokgung Station on Subway Line No. 3.

At just 338 meters tall, it takes about an hour or two to reach the top, depending on the route you take. At the summit, one can appreciate fantastic views of Cheong Wa Dae, Gyeongbok Palace and the Gwanghwamun area.

At the peak, spend some time lounging on the flat expanses of bare rock, a great place to think about New Year’s resolutions, stop for a snack, or perhaps even snap a picture or two to share with friends.

If you are up for exploring the sights after the hike, stop by Tongin Market, a traditional open market located within easy walking distance at the base of the mountain. Those looking to refuel will find plenty of opportunities to sample local favorites at the market’s more than 75 food stalls and shops.