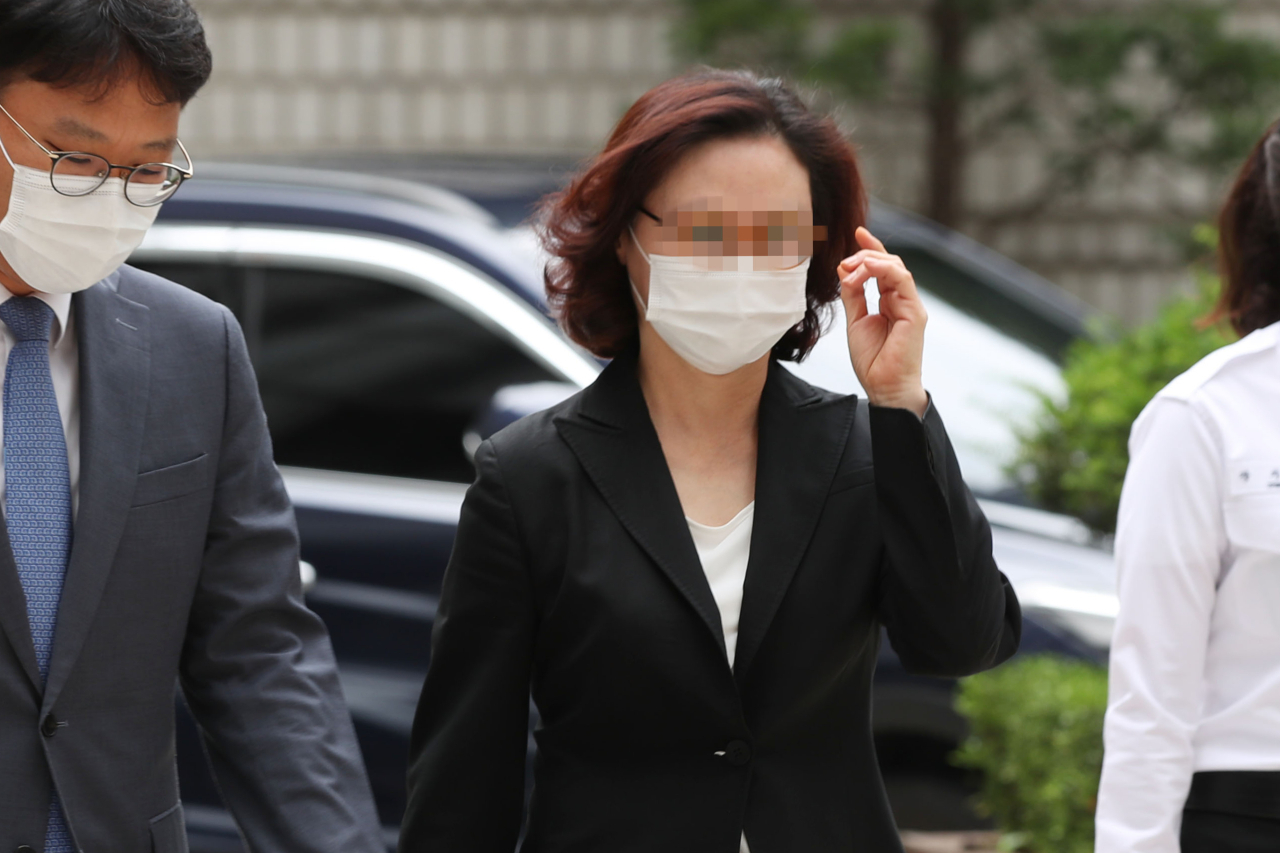 Chung Kyung-sim, a former professor of Dongyang University, was indicted in 2019 on 15 counts of charges, including forging a presidential citation from her university and getting a false internship certificate to use for her daughter's admission to a medical school in 2013, along with other suspected financial misconduct.

She was sentenced to a four-year term by an appeals court in August last year.

A key point of contention in the Supreme Court's deliberation was whether a computer that investigators acquired from a teaching assistant at her university, key evidence in the prosecution's case, was inadmissible in court.

Chung claimed it was inadmissible because prosecutors confiscated it without due legal process.

But the Supreme Court rejected the claim and accepted the computer as evidence, saying it was used jointly by university faculty and officials, and the teaching assistant submitted it to the prosecution after taking the school's position into consideration.

The investigation was launched in August 2019 after Cho, a Seoul National University law professor, was picked as justice minister nominee by President Moon Jae-in.

The scandal involving the family of Cho, considered then one of the closest confidants of Moon, sharply divided the nation, prompting massive rallies both in support and against Cho's nomination. Cho took office but resigned just 35 days later.

Cho was also indicted on charges in connection with his children's academic credentials and school scholarship, as well as his family's suspicious private equity investments.

Then Prosecutor-General Yoon Suk-yeol was criticized sharply by Cho supporters for ordering the investigation into the Cho family. Yoon is now the presidential candidate of the main opposition People Power Party. (Yonhap)