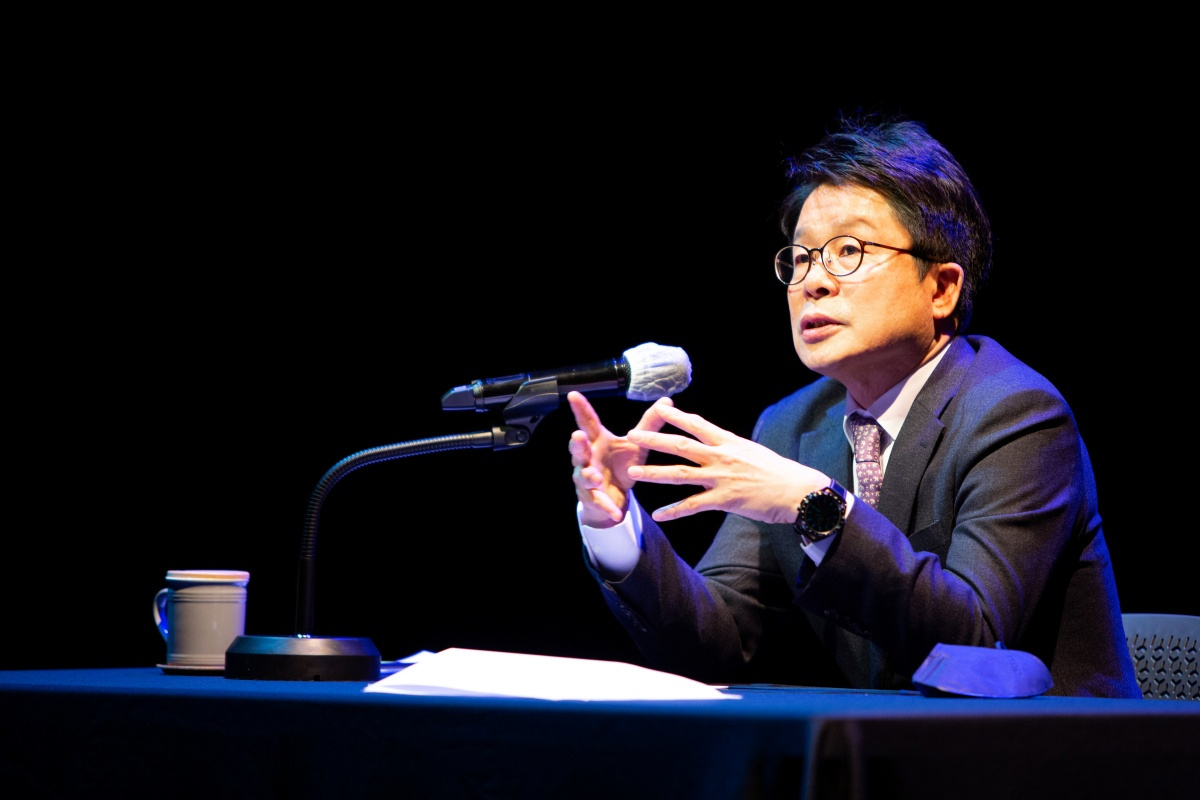 Lee Chang-ki, president of the SFAC, speaks during a press conference at the SFAC Daehangno Center in Seoul, Wednesday. (SFAC)
The Seoul Foundation for Arts and Culture unveiled plans to build a stronger support system for artists impacted by the lingering pandemic.

Under this year’s slogan, “Together with art, standing beside citizens,” the SFAC announced its three top items on the agenda and 10 action plans of the year at a press conference at the SFAC Daehangno Center, Wednesday.

Some 20 billion won ($16.7 million) will be spent on 30 art support projects throughout the year, the largest budget ever since the organization‘s founding in 2004.

Taking into account the diverse ways in which art is consumed today, experimental art will also be encouraged. Support will be provided to rookie, promising and junior artists as well as youths and seniors.

“The first step I found critical is to revamp the complicated online funding application system,” Lee Chang-ki, the president of the SFAC who took the post last October, told reporters. Lee stressed the importance of an accessible and easy process for artists to register for workshops and rent workspaces. This system also helps to prevent artists at certain stages in their career from being deprived of opportunities, according to Lee.

The organization plans to launch an authorized non-fungible platform for artists.

“Although the NFT market is swiftly penetrating the art industry, most artists are not familiar with how it runs. Our goal is to build a reliable system for artists interested in the new market,” Lee said.

Lee was also excited about an annual Seoul arts awards set to be newly established. “On top of the subsidies, the awards program will provide artists with opportunities to showcase their works to the public,” Lee said. “This in turn will create opportunities for citizens to enjoy diverse arts.”

The SFAC is a nonprofit public organization established and funded by the Seoul Metropolitan Government. The foundation works to support Seoulites in the arts scene, while managing culture and arts spaces throughout the city.