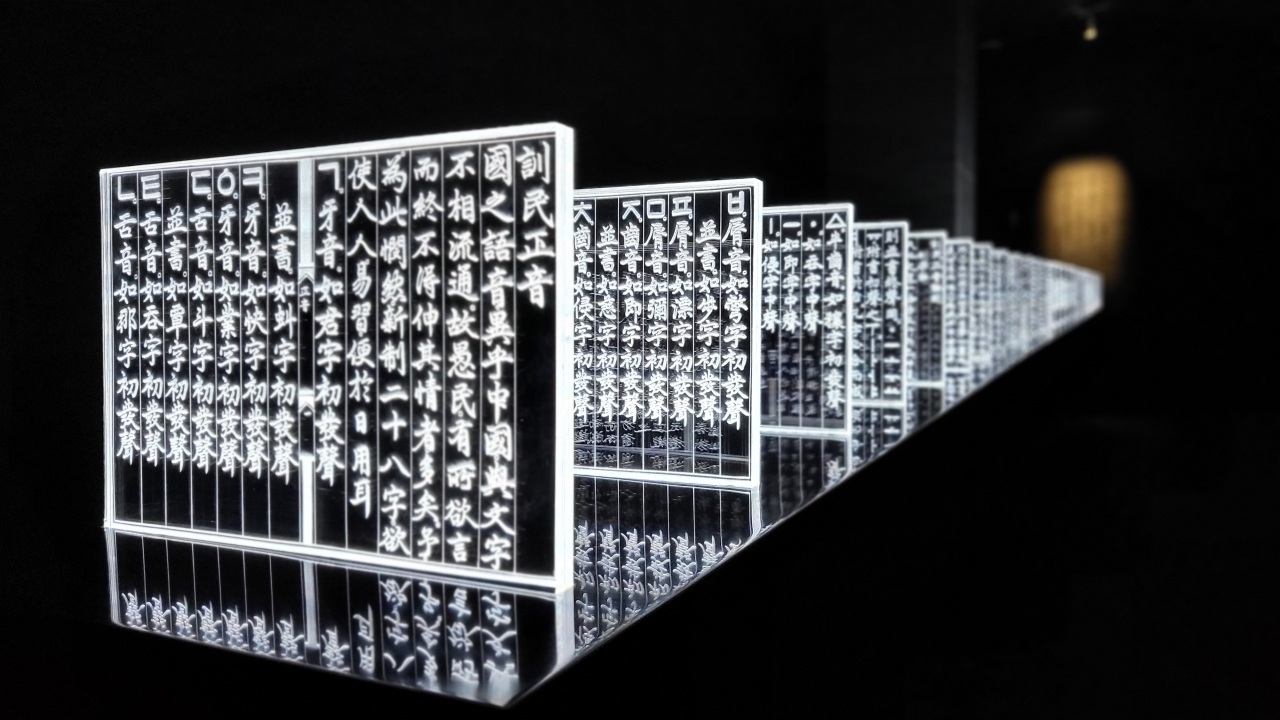 The National Hangeul Museum’s permanent exhibition, “Hunminjeongeum, the Design of a Writing System Beyond Millennia” (Kim Hae-yeon/The Korea Herald)
Hunminjeongeum, th Korean writing system created in 1443 and promulgated in a book format in 1446 by King Sejong, was made with the intention of developing “the proper sound for instructing the people.”

On Friday, the National Hangeul Museum launched “Hunminjeongeum, The Design of a Writing System Beyond Millennia,” its first permanent exhibition since it opened in 2014.

Designated as a national treasure of Korea in 1962 and inscribed on UNESCO’s Memory of the World Register in 1997, Hunminjeongeum explains in detail how Hangeul was created and how it is to be used.

With over 1,104 Hangeul-related artifacts on display, the exhibit comprises seven spaces. The theme of each space reflects a quote by King Sejong, which depicts common people ... having access to and using Hangeul.

The exhibition encompasses the history of Hunminjeongeum in detail from several years before 1443 to 1945 when Korea was liberated from Japanese colonial rule.

Before the creation of Hangeul, Koreans wrote and read by borrowing pronunciations and meanings from Hanja, or Chinese characters.

Feeling sympathy for those who suffered discrimination for not being able to properly understand or use Hanja, King Sejong sought to create a writing system that would be easy to read and write for people of all ages, sex and social backgrounds. He believed that being literate would translate into a happier life and allow people to enjoy culture. 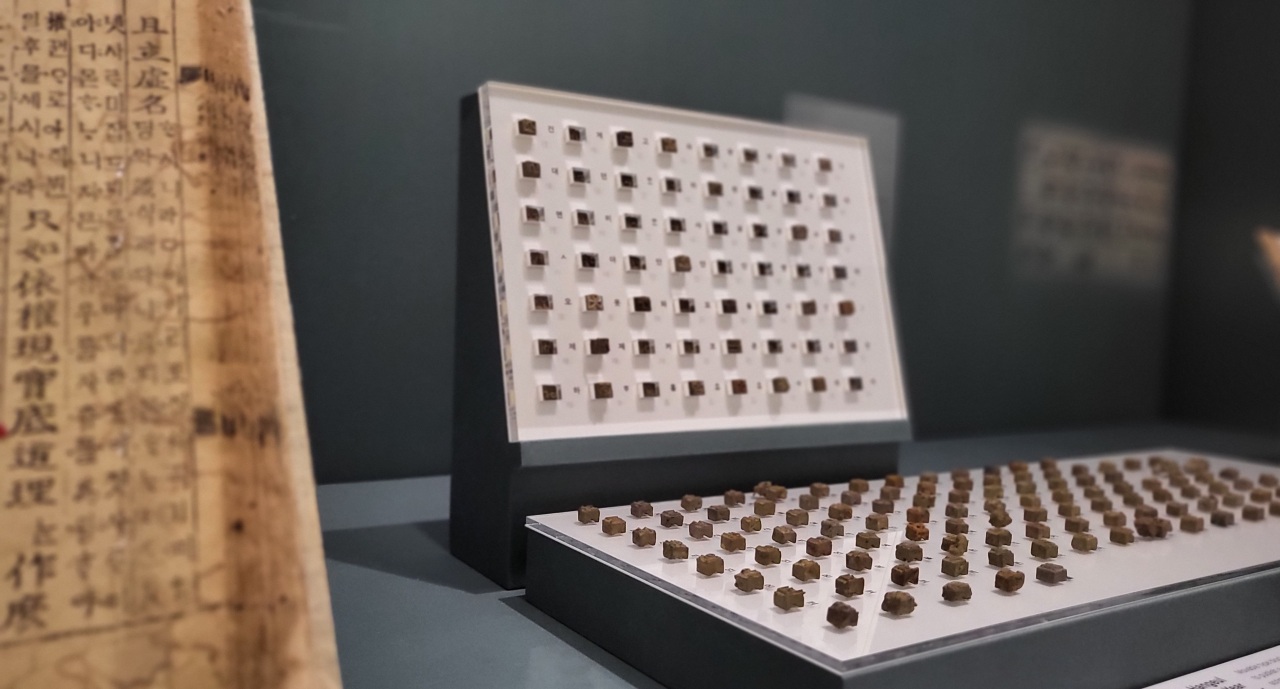 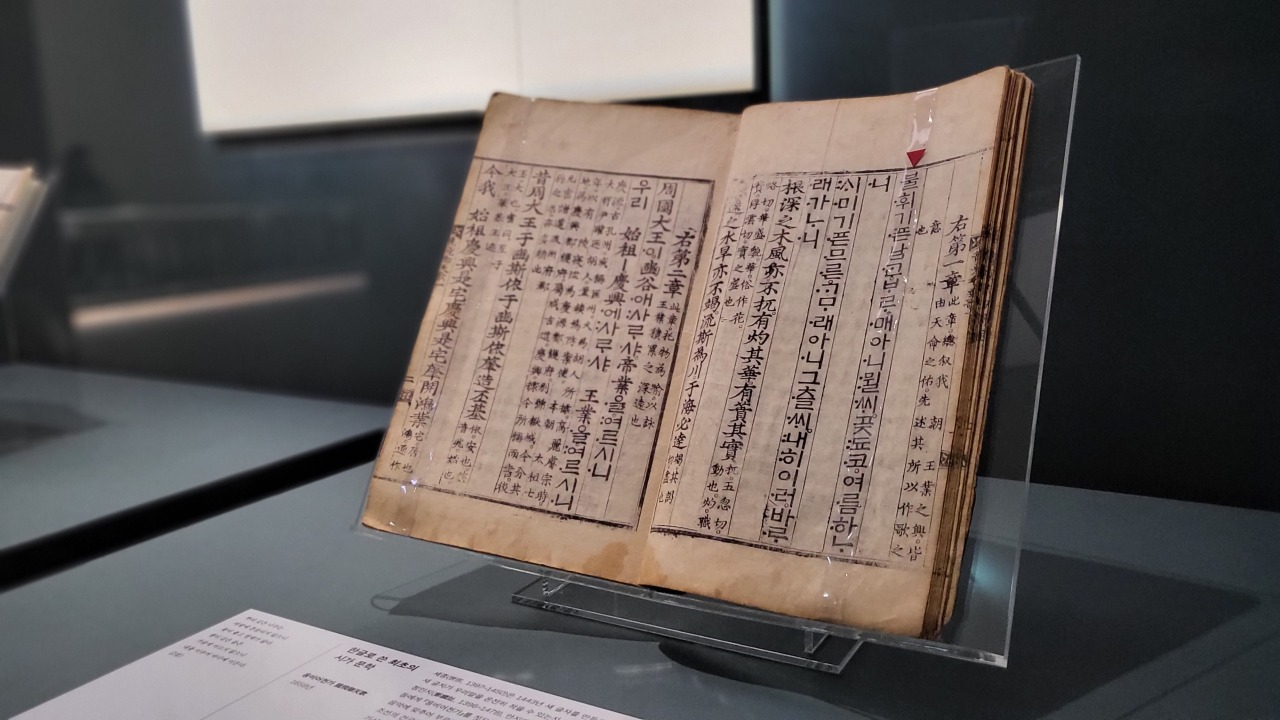 “Yongbieocheonga,” the first text written in Hangeul in 1659 (Kim Hae-yeon/The Korea Herald)
With this purpose in mind, discussions on writing rules and styles have been revised and developed over generations, to make it easier and more convenient to read. Such efforts continue today.

“Hangeul is the only text in the world for which its entire creation process has been recorded and kept,” Kim Mi-mi, the museum’s academic researcher, said at a press conference held Thursday. “King Sejong constantly pondered on which notation system would help to communicate the sounds comfortably and accurately, experimenting with various works,” Kim added. One of the earliest works written in Hangeul, “Yongbieocheonga (Songs of Flying Dragons),” is on display at the exhibition.

Upon entering the exhibition hall, 33 illuminated acrylic boards are placed along a dark passage, each board representing a page of the 33-page Hunminjeongeum.

At the main section, a large collection of Hangeul texts written by Princess Deogon, the last princess of Joseon and the youngest daughter of King Sunjo, are on display. Some 680 pieces, including royal wedding gift lists, letters, and Hangeul books handwritten by the princess, show viewers how the royal family used Hangeul. 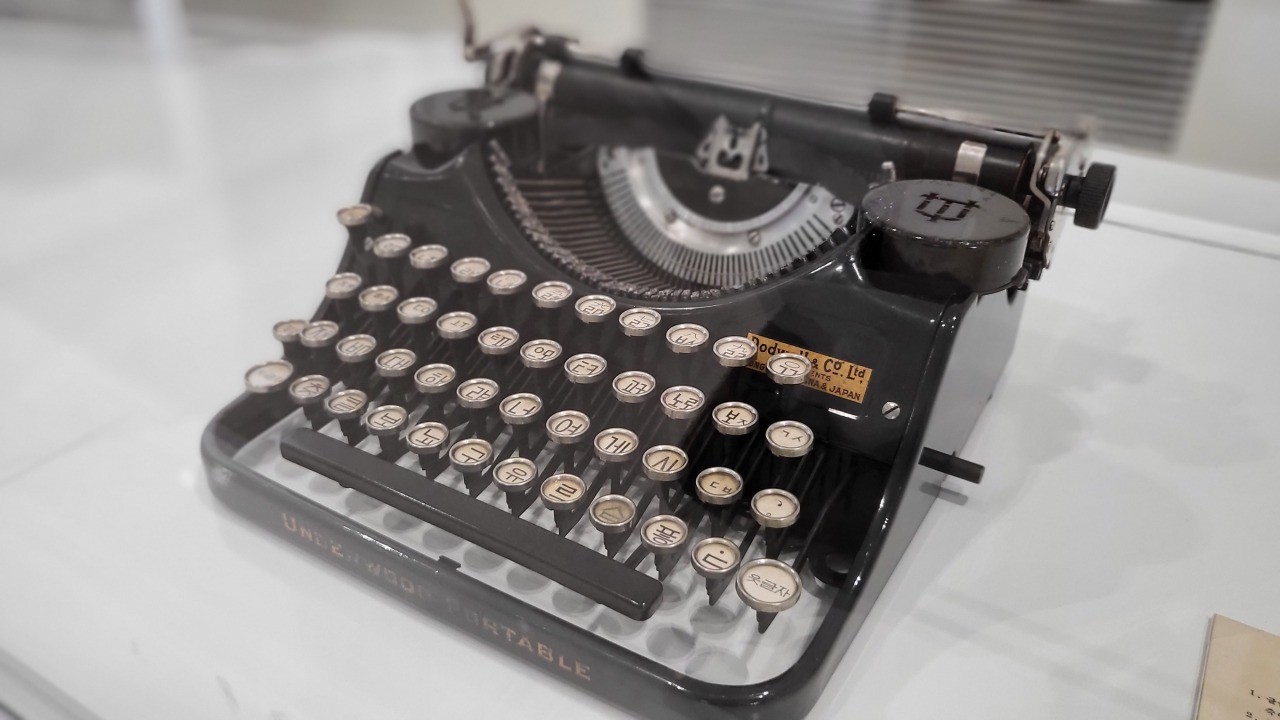 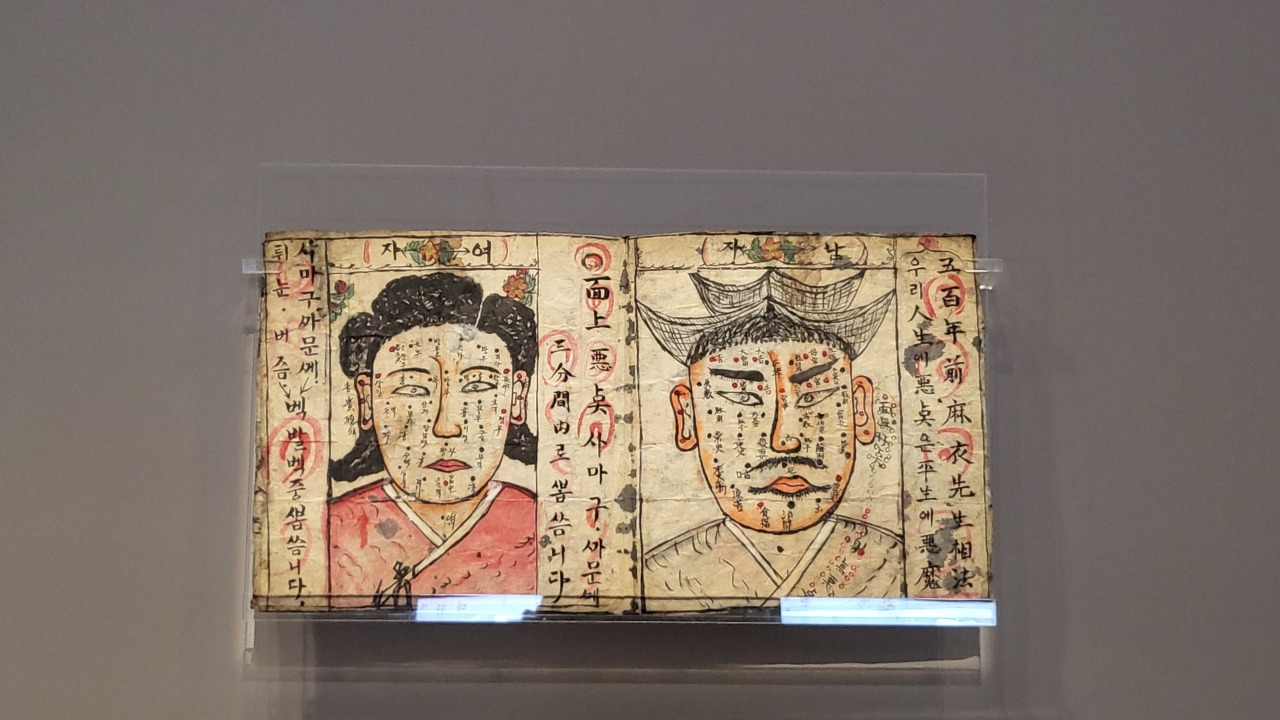 A leaflet advertises the removal of facial spots that have negative impact on physiognomy. (Kim Hae-yeon/ The Korea Herald)
Hangeul was also taken up by the common people, who used it to record their daily lives. From writing down the names of owners and quantities of goods to writing phrases wishing for the prosperity of one’s descendants, the exhibition shows how Hangeul is used every day. In addition to personal records, books in Hangeul have been handed down from generation to generation, noting information related to household chores. Starting in the 17th century, Hangeul also began to appear on game boards and tools used to predict an individual or family’s fortune.

“The 28 letters that Sejong made have become 24 today,” an official from the museum said, adding that it is up to the next generations how Hangeul will be modified and used in the future.

The museum is open seven days a week. For exhibition guides offered in Korean, English, Chinese and Japanese, a QR code is located at the entrance to connect to one’s electronic devices.