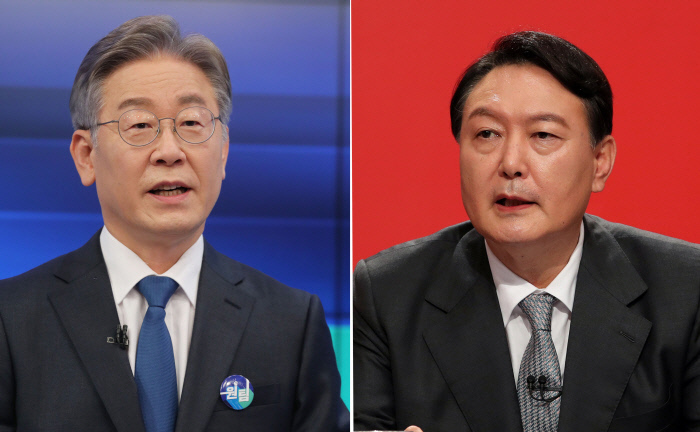 Lee of the liberal Democratic Party lost 3 percentage points from last week, while Yoon of the conservative People Power Party added 2 points, according to the Gallup Korea survey conducted on 1,002 adults from Tuesday to Thursday.

When asked if their choice of candidate was based on their approval of them or disapproval of others, the respondents were split 48 percent to 46 percent, respectively.

Around 50 percent of voters 40 and older said their choice of candidate was based on approval, while around 60 percent of younger voters in their 20s and 30s said it was based on disapproval of the others.