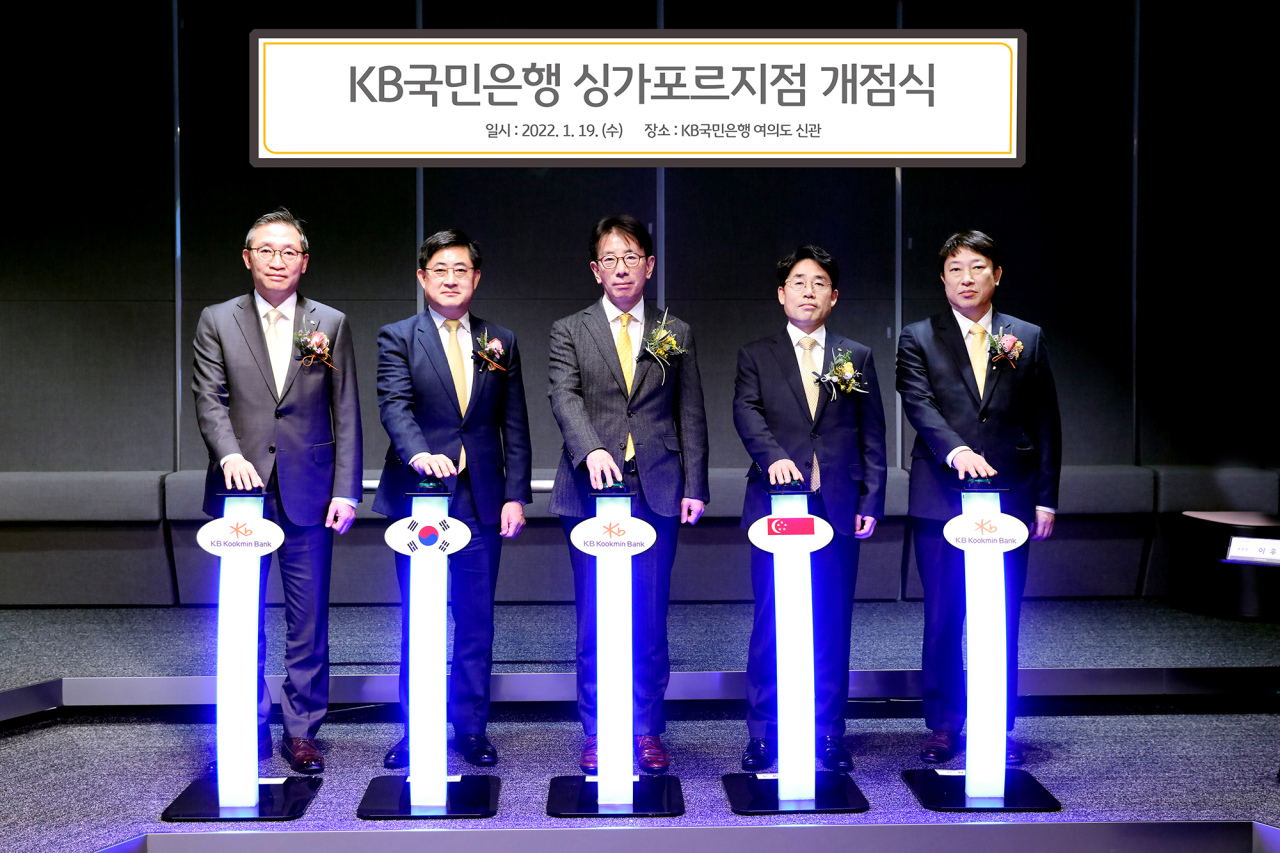 KB Kookmin Bank CEO Lee Jae-keun (center) and officials pose for a photo at an event celebrating the opening of the firm’s Singapore branch held at its headquarters in Seoul, in this photo released Thursday. (KB Kookmin Bank)
South Korea’s KB Kookmin Bank opened a branch in Singapore, which will work as its gateway into the Association of Southeast Asian Nations and global markets, the firm said Thursday.

The launch of the branch came eight months after KB Kookmin was granted a license to operate a wholesale bank from the Monetary Authority of Singapore, according to the firm.

The new branch’s key focuses are retail, corporate and investment banking and will partially deal with brokerage services.

With the latest addition, KB Kookmin now has seven subsidiaries and nine branches across the globe. Its industry rivals Shinhan, Woori and Hana all have their own branches in Singapore.

Its holding firm KB Financial is currently the nation’s No. 1 banking group by total assets and net profit. Its total assets stood at 650.5 trillion won as of end-September. Its net profit in the January-September period gained 31.1 percent on-year to 3.7 trillion won.

Though it has yet to announce its annual earnings for 2021, local financial data tracker FnGuide forecast KB’s 2021 net profit to hit a record 4.4 trillion won, surpassing the 4 trillion-won mark for the first time.