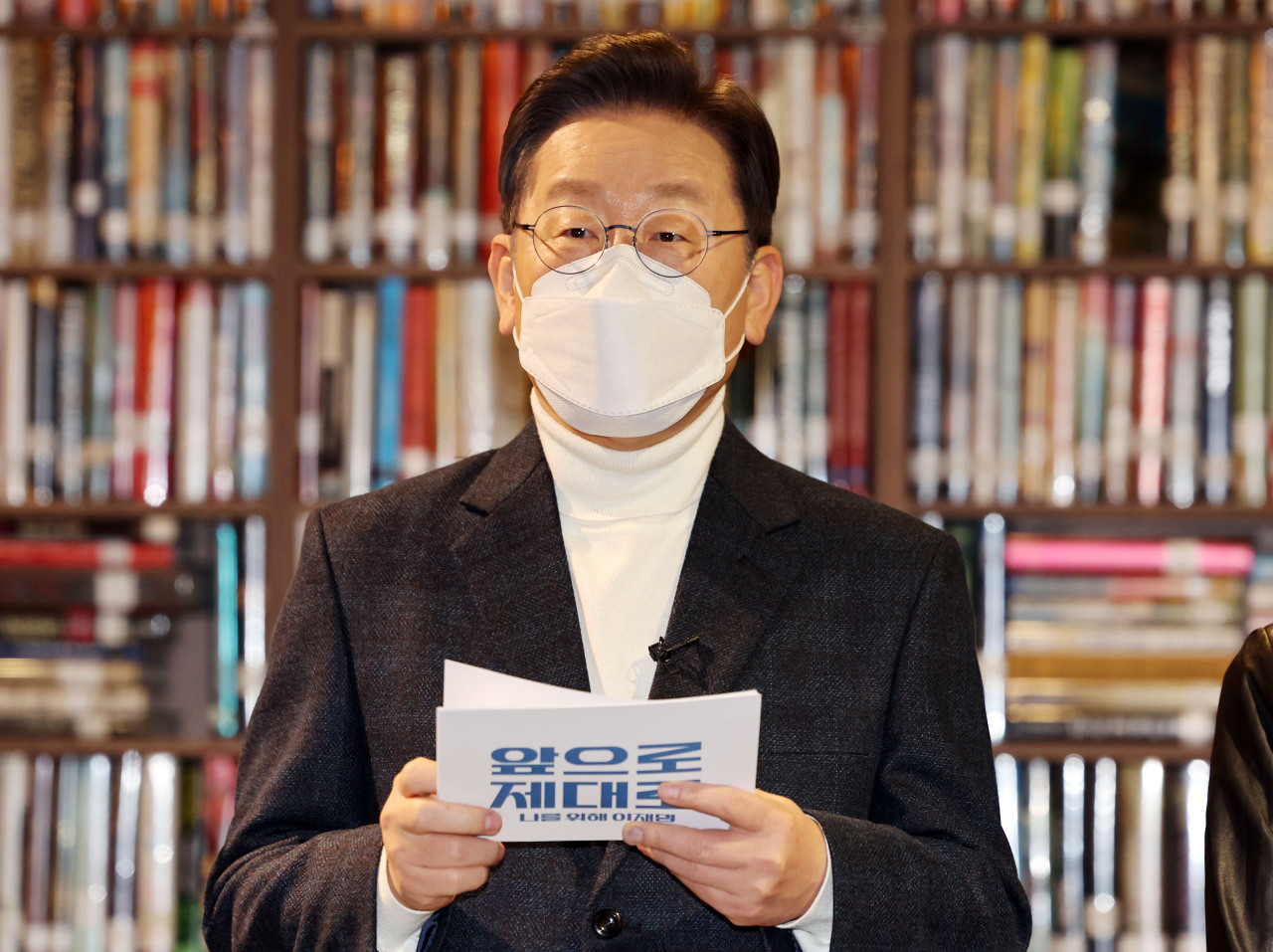 Lee of the liberal Democratic Party announced the pledge as part of his top six campaign promises for the cultural industry.

"I will expand hallyu's global presence and open the horizon for the Republic of Korea and the United States to become the world's two leading powers for cultural content," Lee said at a campaign event in central Seoul, referring to the Korean Wave, or the global popularity of Korean pop culture.

To aid the effort, Lee said he will establish a "K-content Valley" and increase related investment. He also vowed to more than double the cultural sector's share of the government budget to 2.5 percent and aim to create 500,000 new jobs in the industry.

Lee said he will hold cultural summits to further promote K-content in so-called New Southern countries in Asia, Africa and Latin America, as well as in the so-called New Northern states of Russia, Mongolia and the countries of Central Asia.

"I will combine our cultural assets and our cutting-edge digital technology to turn the Republic of Korea into a global hub for cultural content," he said. (Yonhap)