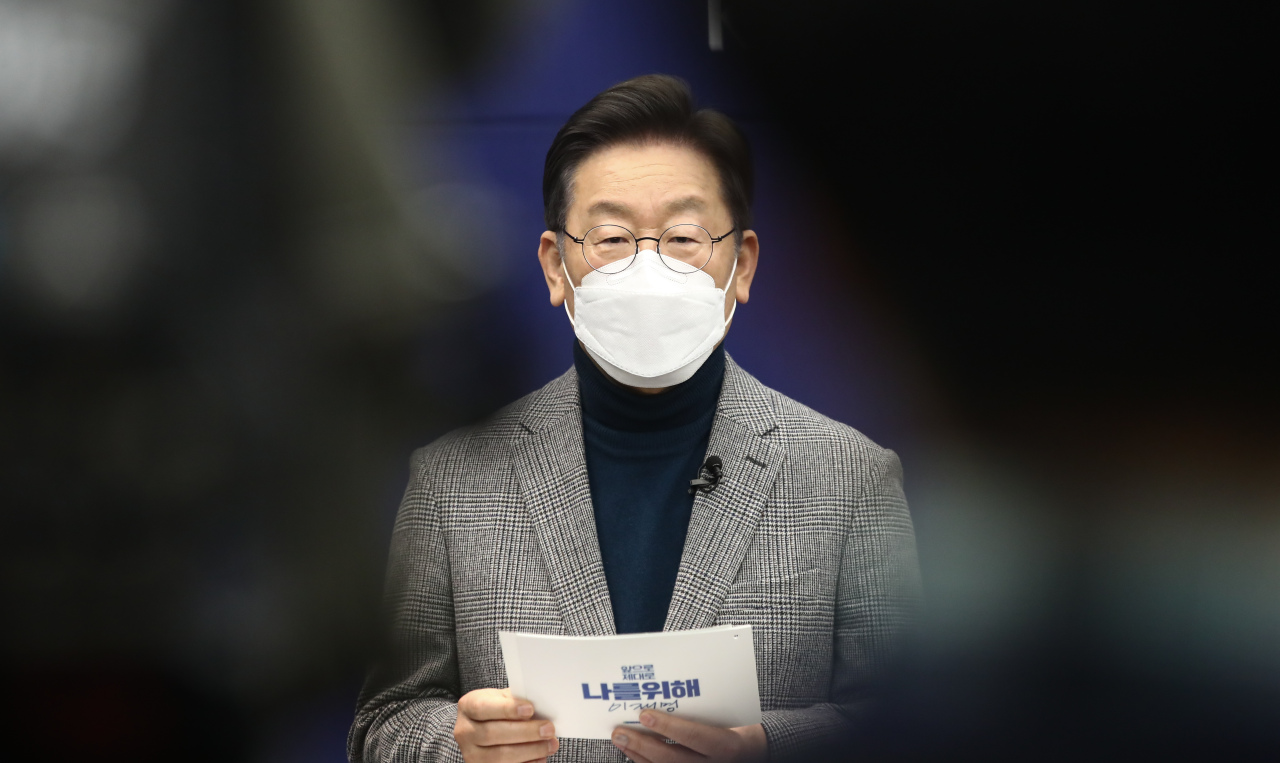 Lee responded quickly, apologizing for the contents of his phone calls with his late brother, which were filled with insults. The recording transcripts were made public on Tuesday.

“Although there is a difficult background that I cannot reveal, I am sorry to stir up trouble as a public figure,” Lee said after an electioneering event on Tuesday.

Earlier in the day, Jang Young-ha, a lawyer who published a book on a series of allegations against Lee, disclosed a transcript of phone call recordings between Lee and his brother Lee Jae-seon and sister-in-law totalling 160 minutes. The phone conversations touched on a number of issues, including presidential candidate Lee’s mother.

Explaining that the recording files were already open to the public through his brother and his wife since a couple of years ago, Lee apologized again. He said that they are still a “part of my past.”

“My mother, who was involved in the trouble, has passed away. My brother, who caused these disputes, is also gone. I ask for forgiveness to the people, as such things will never happen again.”

The transcript contains the candidate’s dispute with his brother on several issues, including hospitalization of his brother in a mental hospital.

The ruling Democratic Party of Korea said it will take legal actions against Jang Young-ha on charges of slander and defamation.

The revelation of the recordings against Lee followed the release of phone call recordings of the main opposition party’s presidential candidate Yoon Suk-yeol‘s spouse made headlines the day before.