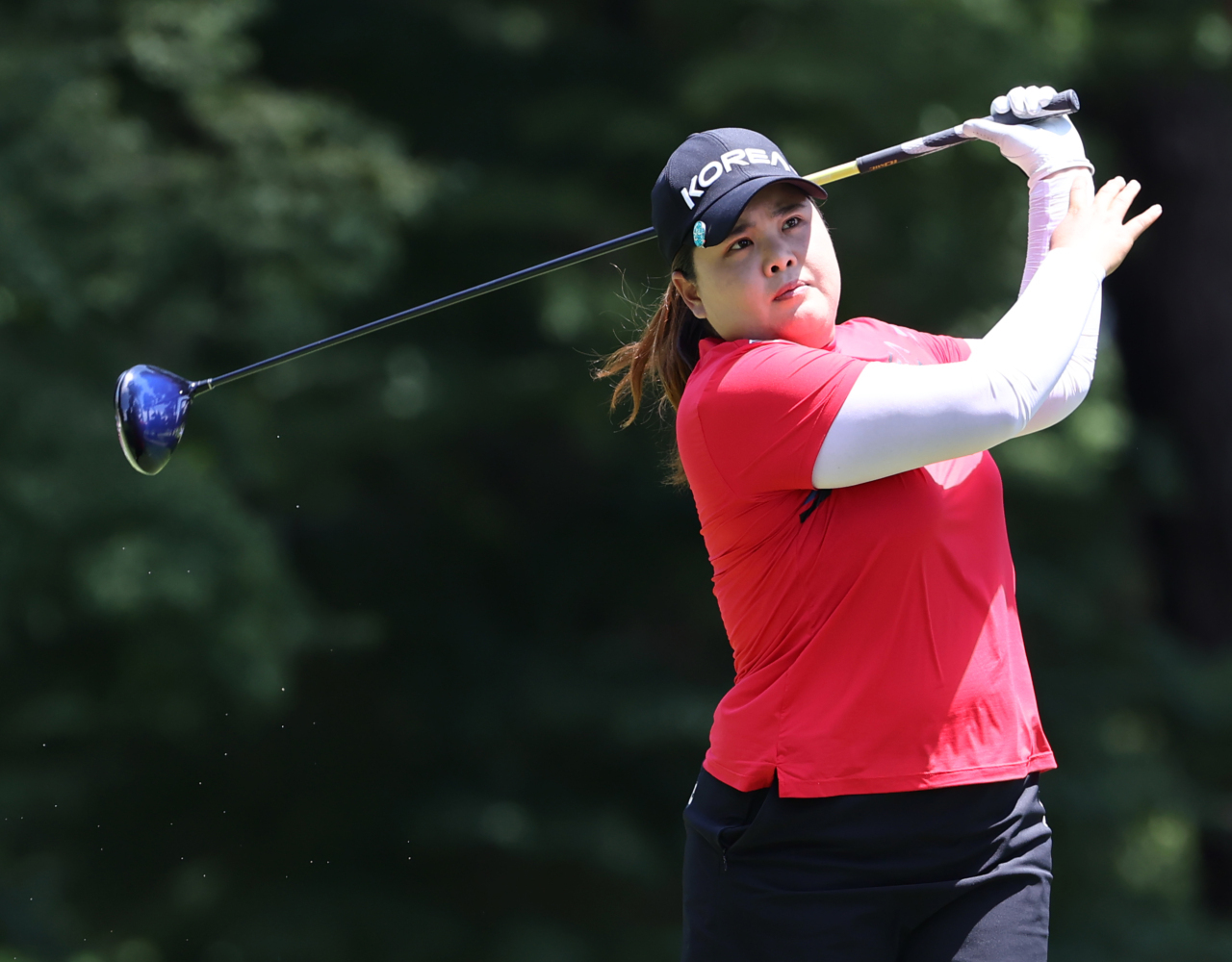 Park In-bee of South Korea hits a tee shot on the 17th hole during the third round of the Tokyo Olympic women's golf tournament at Kasumigaseki Country Club in Saitama, Japan, on Aug. 6, 2021. (Yonhap)
The 2022 LPGA Tour season will tee off this week in the Sunshine State, with South Korean players looking to bounce back from a relatively down year in 2021.

The winners-only Hilton Grand Vacations Tournament of Champions will open the new season Thursday at the par-72 Lake Nona Golf and Country Club in Orlando. Tour winners from the past two seasons will make up the exclusive 29-player field, and they will be joined by 50 celebrities and former professional athletes.

Four South Korean players will be in action: Park In-bee, Park Hee-young, Lee Mi-rim and Kim A-lim. There is no cut at this 72-hole tournament.

Ko Jin-young, world No. 2 who won five times in 2021, is skipping the tournament, as are other eligible players, such as Kim Sei-young and Kim Hyo-joo.

It was Ko who singlehandedly salvaged what could have been a letdown season for the South Korean contingent. On the strength of those five titles, Ko swept up the Player of the Year award and the money title.

However, only two other South Koreans, Park In-bee and Kim Hyo-joo, found the winner's circle in 2021, and they won one tournament apiece.

Park, an LPGA Hall of Famer, will look to set the tone for the Korean contingent from the opening week. Park has opened most of her recent seasons either in late February or early March. But she is starting the 2022 season at its very first tournament. She sat out the final two tournaments of 2021 and didn't play after the Oct. 21-24 BMW Ladies Championship in South Korea.

With 21 career wins, Park has more titles than anyone in the field this week. The world No. 4 is also the third-highest ranked player in Orlando, behind Korda and No. 3 Lydia Ko.

Korda's older sister, Jessica, is the defending champion, but the tournament was played on a different course last year.

Lydia Ko is a pretournament favorite, as she is a member at Lake Nona and has lived inside the gates for two years.