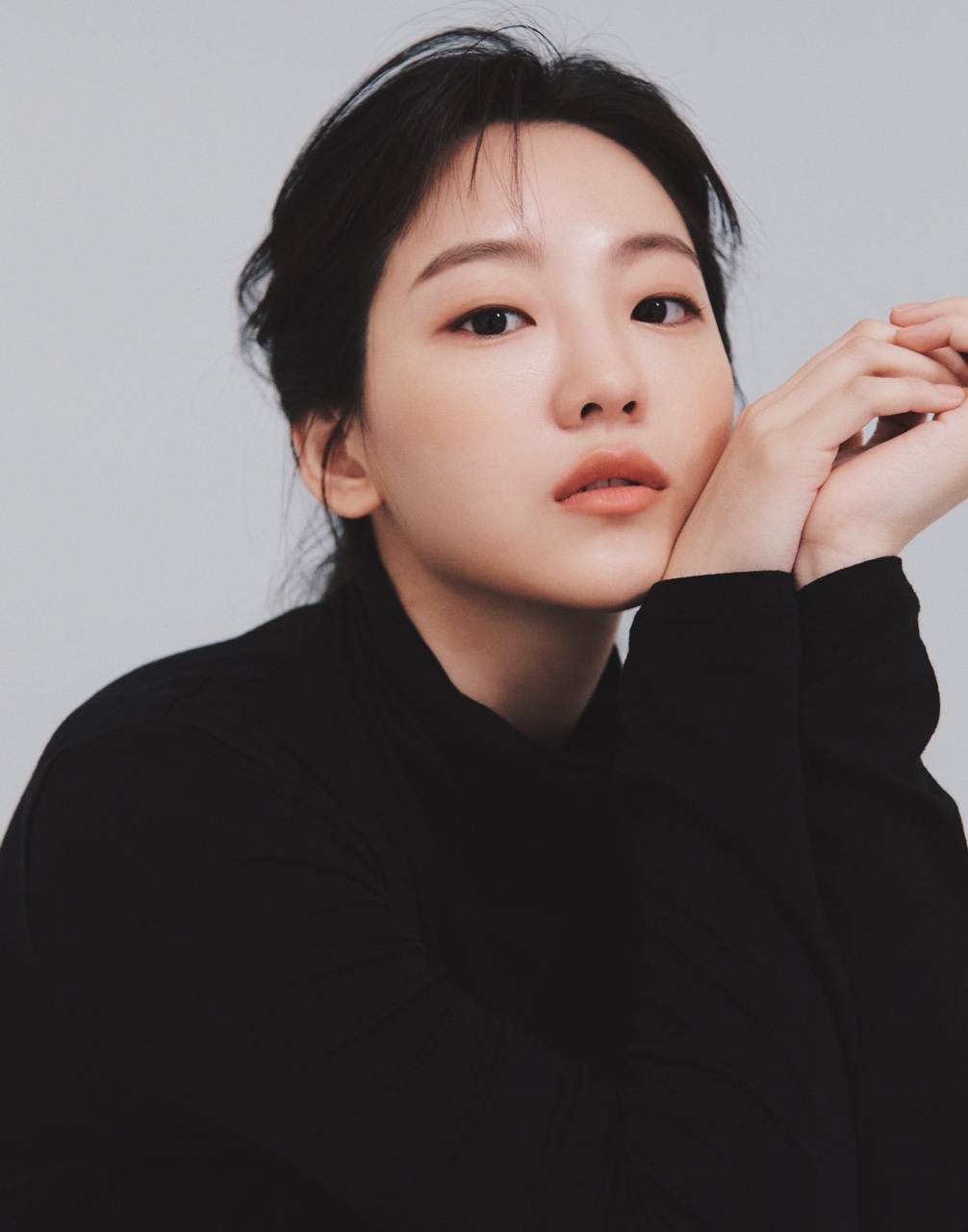 Speaking to the Korea Herald on Monday, she said she had a lot of new experiences through the drama as she took another step to becoming a better actor.

“‘School 2021’ was my first television series, in which I took in charge of the drama’s storyline from the beginning to the end as a lead character. I felt a little bit of pressure in performing more than 30 scenes and huge amount of lines in an episode, which were completely different from acting 5-6 scenes in my previous projects,” Cho said in an interview with The Korea Herald at Artist Company in Gangnam, Seoul, Monday.

“But this pressure soon evolved into excitement. I felt honored and grateful for playing the role of Jin Ji-won,” she added. 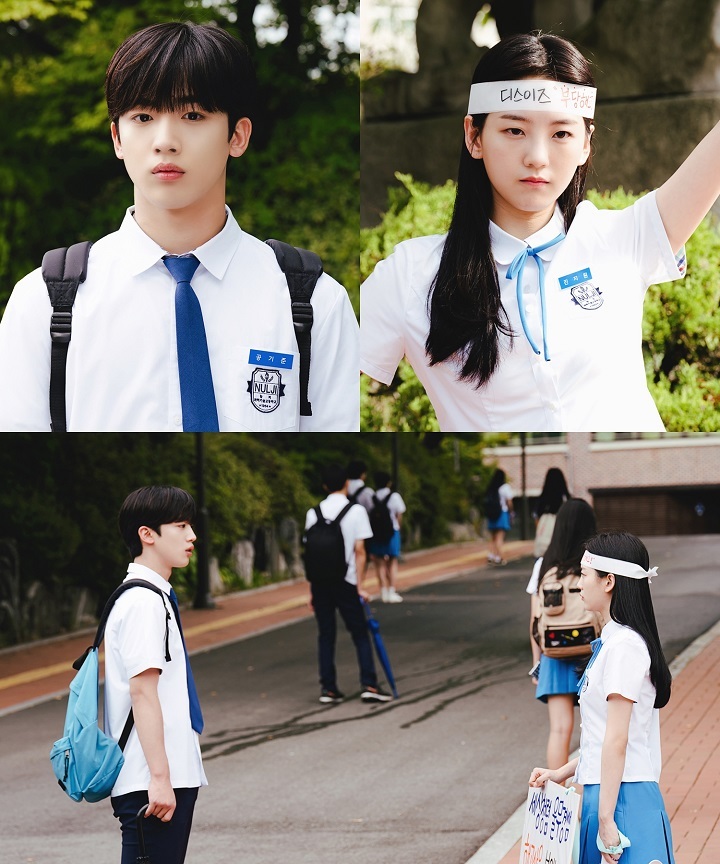 From top left, clockwise: Still images of singer and actor Kim Yo-han, actor Cho Yi-hyun and two actors in front of their high school’s entrance in “School 2021.” (KBS)
Ji-won is a strong willed student at a vocational high school. She wishes to become a top carpenter and refuses to go to university, thinking that most people unthinkingly go to college without a clear reason.

Playing a lead character also changed her status on set, allowing her to improve as an actor outside of the camera.

“Because most of the cast from ‘School 2021’ were rookies, who were either making their debut or shooting the first television series, I tried to help them, similar to how veteran actors took care of me in the projects like ‘Hospital Playlist’ (2021),” Cho said. 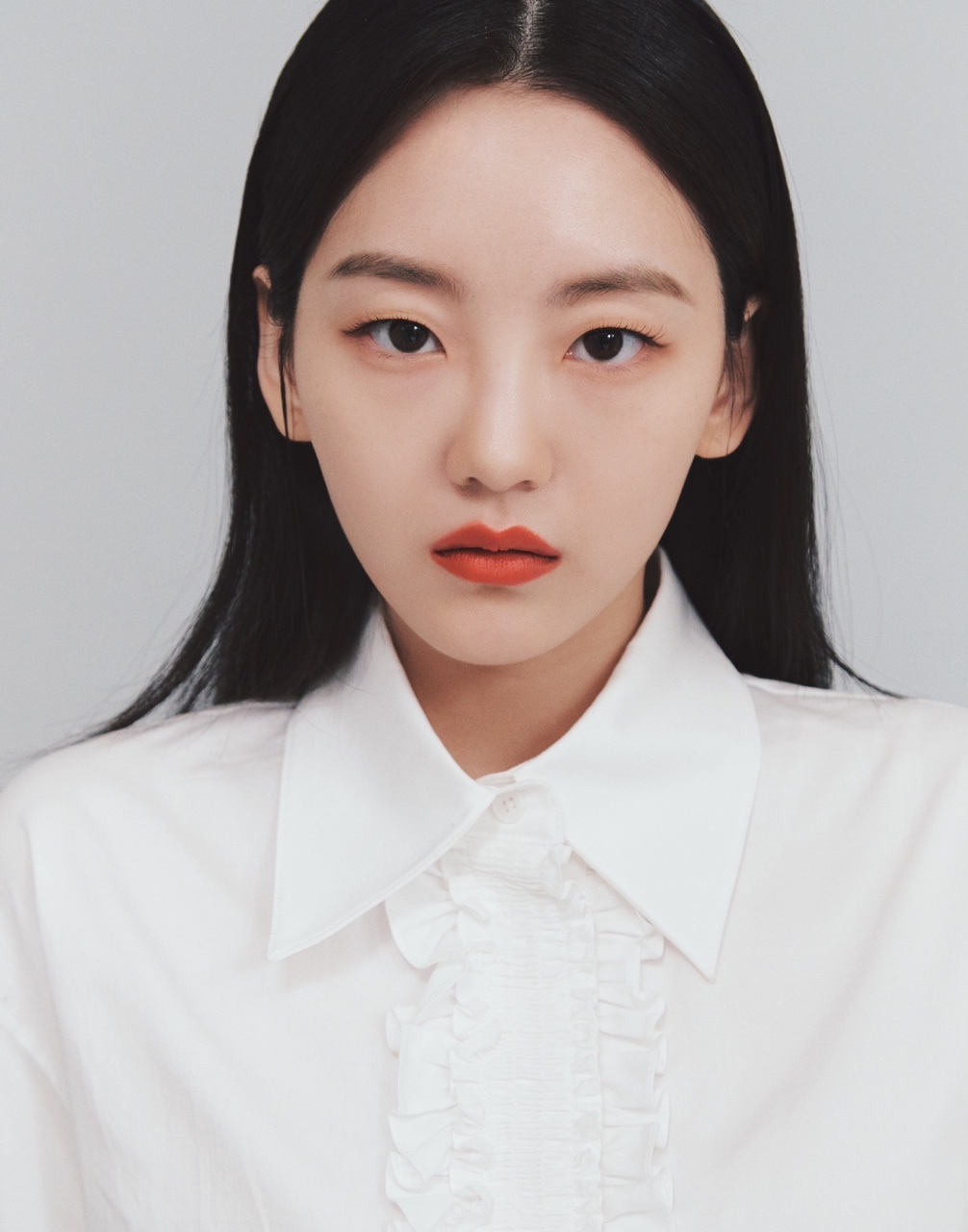 Cho Yi-hyun (Artist Company)
Making her debut in 2018, the actress was unsure whether she was an appropriate person to offer an advice, but Cho was happy to share tips and know-how that she had picked up from veteran actors.

When asked if she was ever reluctant to take another role as a student and a younger sister, Cho said her characters were unique except for their similar ages.

“I personally have a pride in wearing the school uniforms as well. I always loved to wear them ever since I was a middle and high school student. As long as the directors choose me to star in a school series, I will gladly accept the offer and wear another uniform,” Cho added.

And “School 2021” was important for Cho because it made her challenge herself to create and play a new type of character.

“After hearing the director Kim Min-tae wished that I create an original character without any additional reference, I tried my utmost effort to find Ji-won’s characteristics,” Cho noted. 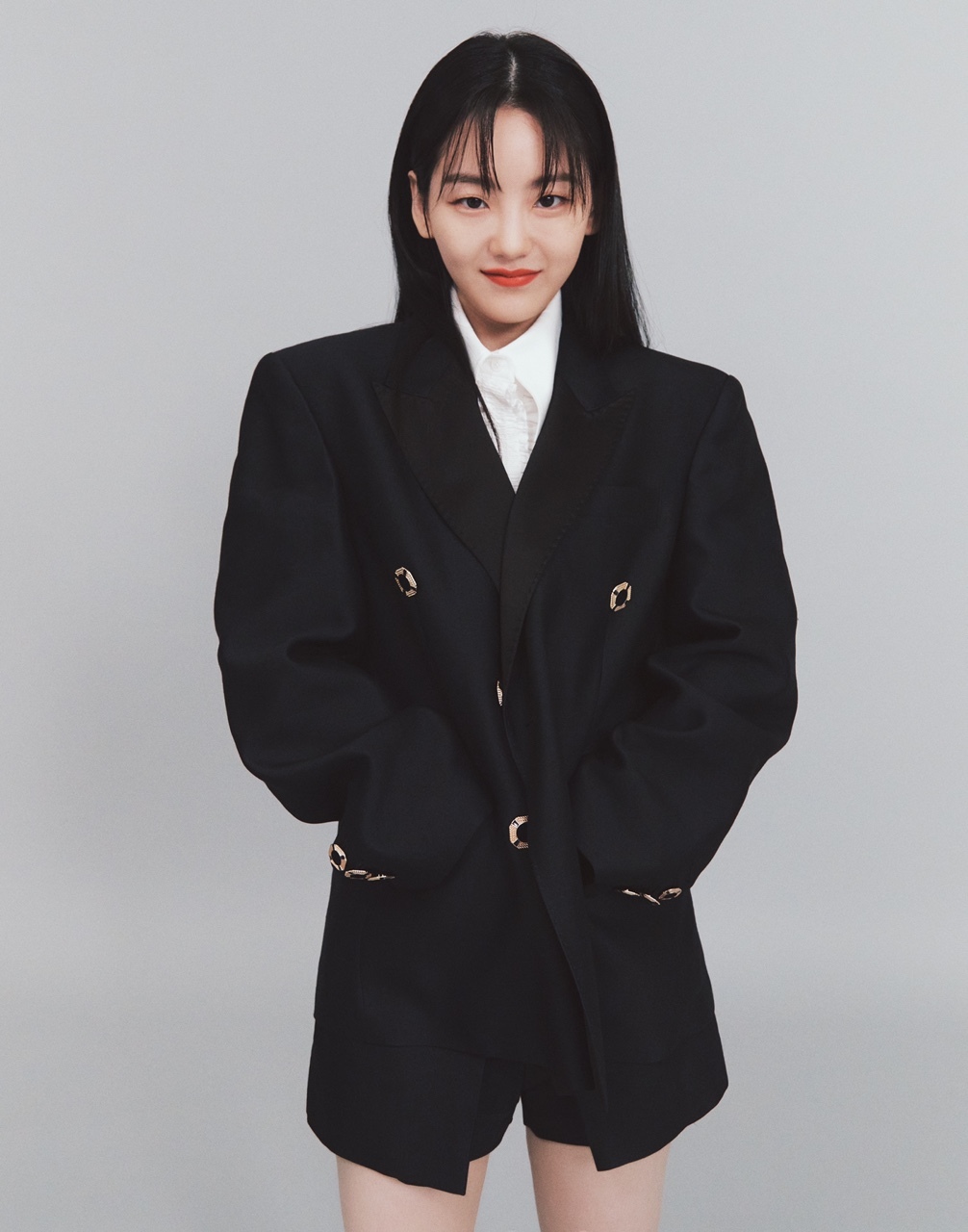 Cho Yi-hyun (Artist Company)
She said the positive energy and brightness of Ji-won was not something that I had before.

“I was a little reluctant to play a lively character, because I thought I was more of a calm and boring individual,” the actor said.

“At the beginning, I felt embarrassed to make cute gestures and remarks but at the end of the series, I got so used to them that the director told me it was too much and kept me from making those gestures. I am more than satisfied with this progress and believe this experience will definitely help me expand my ability as the actor.”

Cho said that she reading many various scripts to show different sides of her to the audience, while taking the time of refreshing herself for next projects.

“School 2021” is the eighth installment of KBS2’s School franchise, which originally began in 1999.