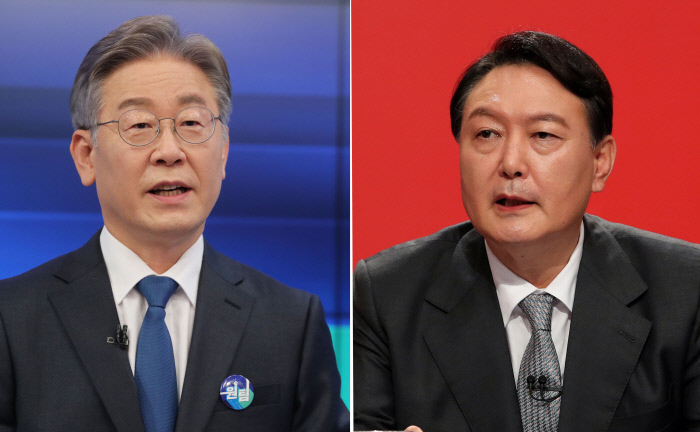 The DP said the broadcasters have requested a four-way debate between Lee, Yoon, Ahn Cheol-soo of the minor opposition People's Party and Sim Sang-jeung of the minor progressive Justice Party after the Lunar New Year holiday in early February.

Lee has accepted the request, it said, asking the other three to also participate. (Yonhap)