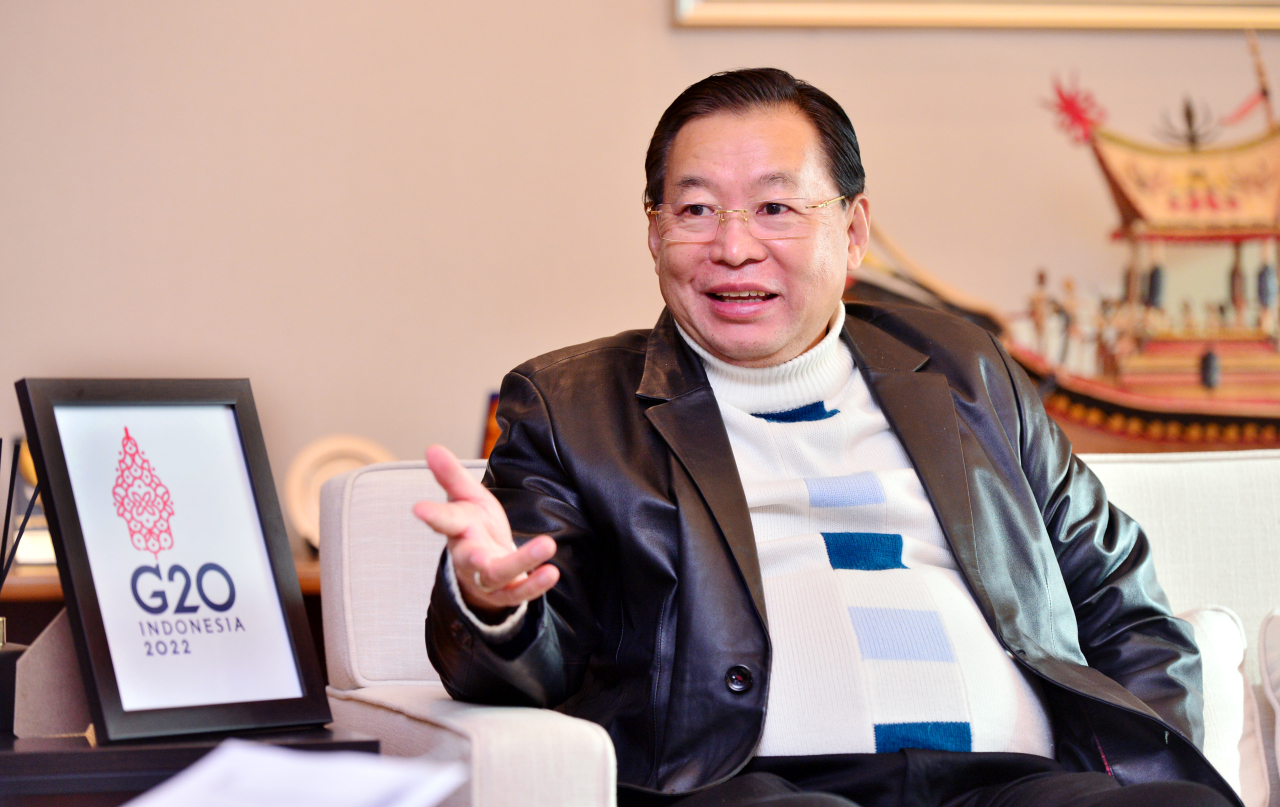 The envoy said that the COVID-19 pandemic presents prospects for Indonesia and Korea to strengthen ties in the areas of socio-economic recovery, health, national protection, and both regional and world diplomacy by strengthening global health architecture, energy transition, and digital transformation.

According to Soeherman, a special strategic partnership forged in 2017 fortified visions and key strategies between Indonesia and Korea in defense, international relations, bilateral trade and infrastructure, people-to-people exchanges as well as regional and global cooperation.

Soeherman highlighted trade relations between Indonesia and Korea, which reached a total of $16.9 billion. It was a 37.18 percent increase compared to 2020, amounting to $12.3 billion.

Citing Korea International Trade Association (KITA) data and the increment of 32.28 percent in non-oil and gas exports to Korea and a 38.4 percent increment in imports from Indonesia, Soeherman emphasized that Indonesia is a significant overseas investment destination for Korea, worth $7.8 billion in Q3 of the 2017-2021 period.

“Korea ranks sixth out of 145 countries that contribute to FDI in Indonesia excluding the upstream oil and gas and financial sectors,” he noted, referring to the total realized value of investment during Q3 of 2017- 2021 period. 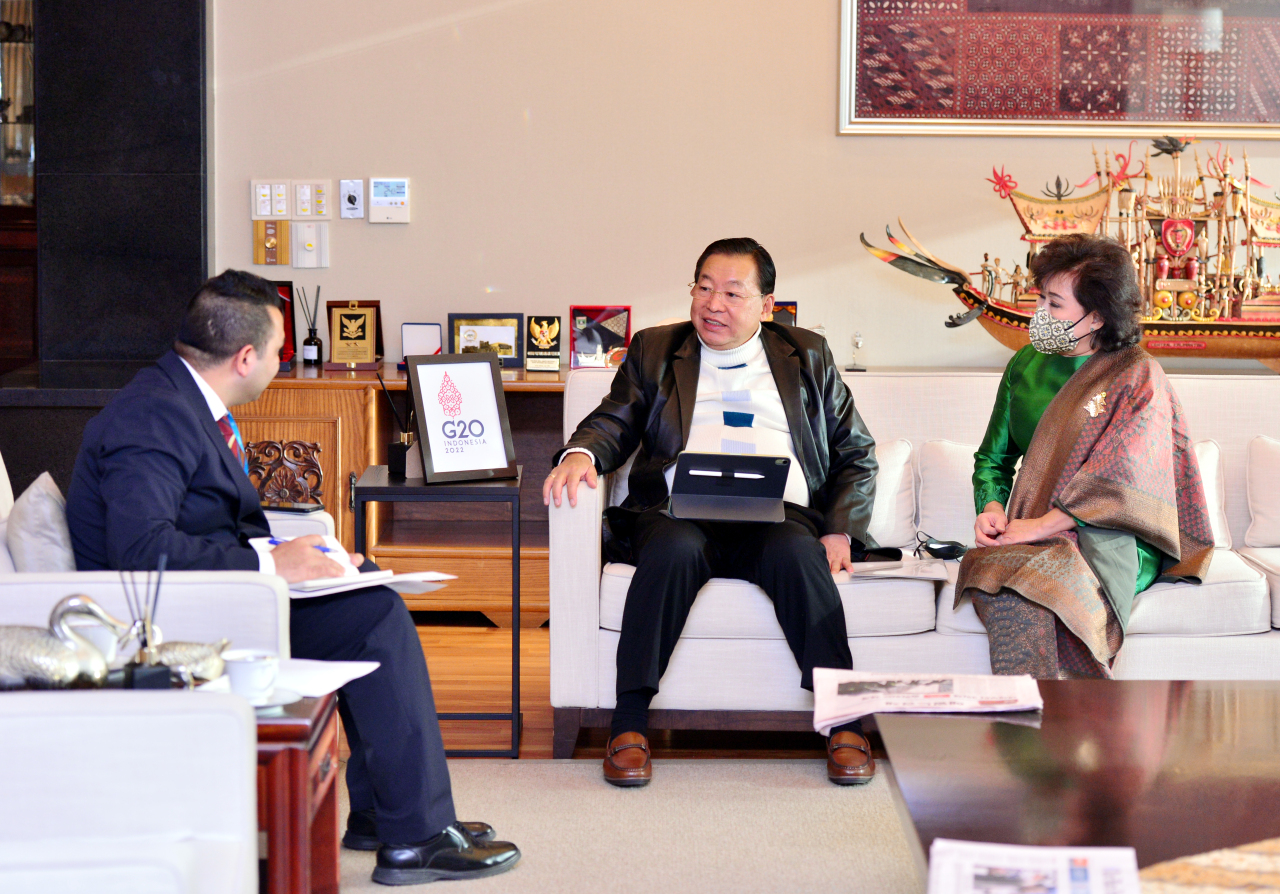 “Indonesia is ranked as the second destination for Korean FDI after Vietnam in the ASEAN region,” Soeherman emphasized.

According to Soeherman, the IK-CEPA signed in December 2020 under ratification to be effective in 2022 would boost bilateral trade and commerce, and achieve Korean companies’ goals to make Indonesia a new production base in the ASEAN region.

Soeherman expressed hope that RCEP -- which covers Korea, China, Japan, Australia, New Zealand -- and the 10-member Association of Southeast Asian Nations would be the world’s biggest FTA. As its 15 member countries combined take up around 30 percent of the global gross domestic product, it would progressively eliminate tariff and non-tariff barriers on substantially all trade in goods to establish a free trade area among the parties.

He recommended Korean companies to follow Hyundai’s lead, and urged them to get the Indonesian government’s help on favorable investment policies and incentives to successfully enter Indonesia. He pointed to intense market competition to secure and stabilize profitability upon entry.

Soeherman referred to Hyundai’s investment of $1.55 billion to develop the first manufacturing hub in ASEAN. Established in 2019, it began commercial production in the second half of 2021 with an annual capacity of 150,000 and 250,000 units annually.

“Hyundai will deliver its latest products, technologies to Indonesia and key markets in other ASEAN regions,” he said, underlining that a manufacturing plant would provide thousands of jobs in the region.

According to Soeherman, Hyundai is exploring world-class electric vehicle (EV) production in the Indonesian plant with long-term plans to launch eco-friendly vehicles and contribute towards the Indonesian government’s carbon reduction effort.

“Hyundai is establishing a comprehensive business for the subsidiaries and affiliates that operate automobile-related companies such as steel, parts, distribution, logistics, etc., to enter Indonesia,” he said.

Explaining the potential prospects for Korean engineering, procurement, and construction contracts (EPC) companies in Indonesia, Suherman said that despite COVID-19, Indonesia is strengthening public-private partnerships. It is doing this by accelerating infrastructure development and economic recovery by cooperating with government and business entities for the public interest.

The ambassador said Indonesia’s KPBU, a public-private partnership, is a strategic move to finance development plans and project implementation.

KPBU is a government-to-business cooperation scheme of Indonesia

He cited Presidential Regulation No. 38/2015 as a milestone framework to achieve Indonesia’s infrastructure investment target of $429 billion between 2020-24.

He said that each project under the PPP framework must complete a rigorous cycle comprised of four phases-- project identification, preparation, procurement, and implementation.

He explained why Indonesia is a potential investment destination, citing its steady economic growth in the last decade and how it would further perform in the post-COVID-19 era.

“Indonesia is a member of the G20 and can break into the top seven largest economies by 2030,” he said. He hopes to strengthen bilateral ties, boost trade volumes, and increase foreign direct investment from Korea to Indonesia on the directives of Indonesian President Joko Widodo.

On the Indonesian president’s slogan of “Recover Together, Recover Stronger” in the 2022 G20 Bali summit, Soeherman emphasized that Indonesia’s priority is to recognize collective action and have inclusive collaboration among major developed countries and emerging economies.

The 17th G20 Heads of State and Government Summit is to take place between October to November of this year in Bali.

Soeherman said COVID-19 has affected every aspect of society, and gaps in countries’ capacities to address the crisis continue to prevent the world from fully controlling common problems.

“Today, the world needs it more than ever,” he stressed, acknowledging the challenges and need for collective action.

Soeherman said that Indonesia will focus on three main pillars for the G20 summit and 2022 presidency: global health architecture, sustainable energy transition, and digital transformation. He proclaimed that Indonesia would continue to take the lead in ensuring equitable access to COVID-19 vaccines. It would also promote sustainable and inclusive economic development through MSMEs’ participation and focus on the digital economy. 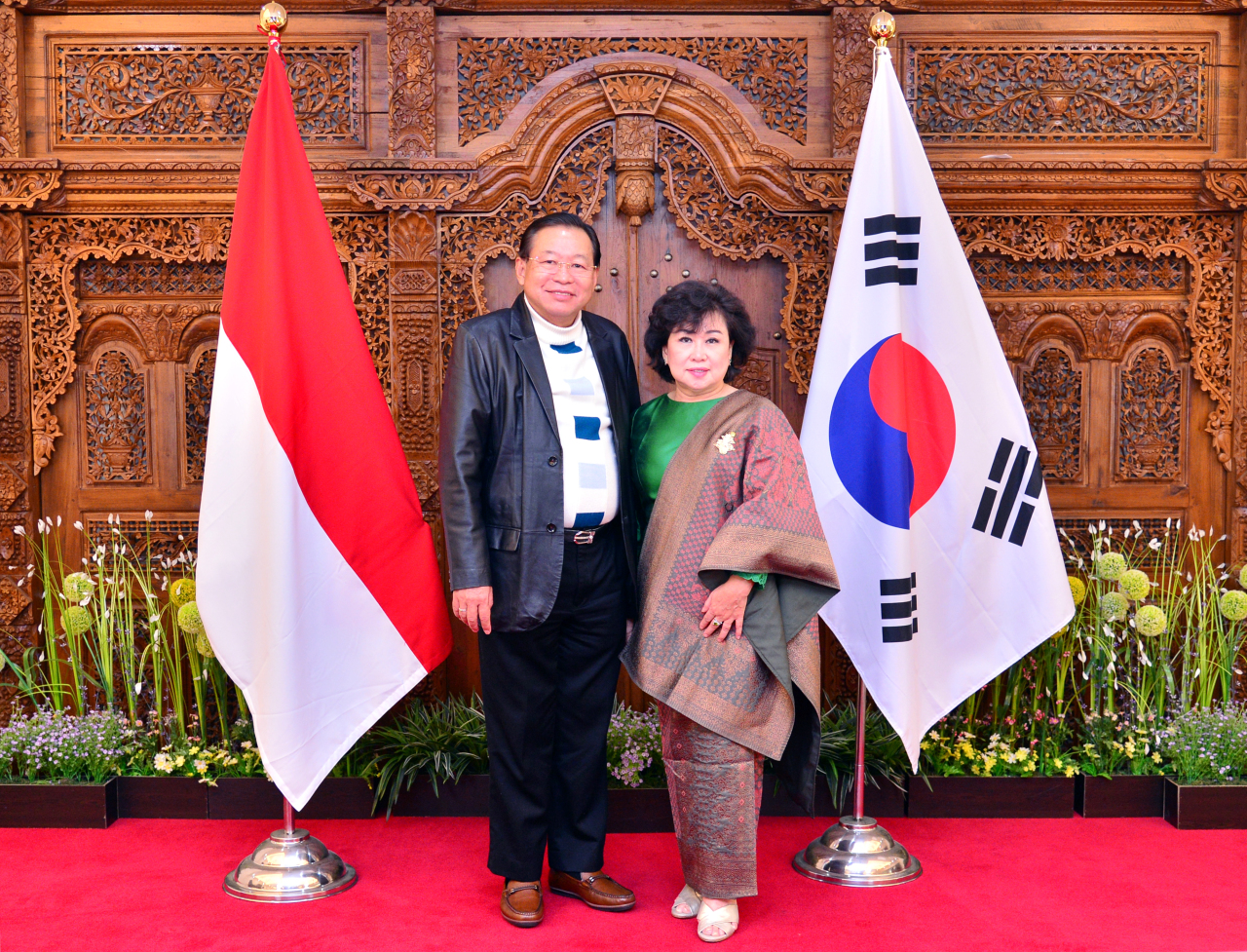 “Creative economy is projected to reach a global valuation of $985 billion by 2023, and could represent 10 percent of global GDP before 2030,” Soeherman said, citing research data from G20 think tanks.

“Indonesia is the place where creativity is born and flourishes. Creativity is put center stage in the lives of each Indonesian,” he added, citing President Widodo’s statement at the launch of the First World Conference on Creative Economy in Bali in 2018 that the future of Indonesia will be dominated by the craft and creative industries.

“Now, as we usher in the new year of 2022, Indonesia stands ready not only for the holding of the G20 Summit, but also the Second World Conference on Creative Economy,” he said.

He noted that for the first time ever in 2021, G20 leaders recognized culture and creative industries as drivers for sustainable development and fostering economic resilience. And G20 ministers of culture have recommended including culture, cultural heritage, and the creative sector in post-pandemic recovery strategies.

“We will continue to pave the way for Indonesian ‘creative-preneurs’ to establish ventures with their Korean counterparts and vice versa,” said Soeherman, adding that the strategy would be a win-win one that penetrates digital markets in Indonesia and Korea.

The ambassador said that the Indonesian embassy is operating an Indonesian batik (traditional dyed fabric) house and establishing a partnership with famous Korean designers. However, he did not reveal the names of the designers, saying the collection would be launched in the spring season.

“I would like to invite creative-preneurs to join the B-20, the business arm of G-20,” Soeherman said as a conclusion to the wide-ranging interview, inviting Koreans to the B20, or “The Business 20.”

B20 is the official G20 dialogue forum with the global business community.