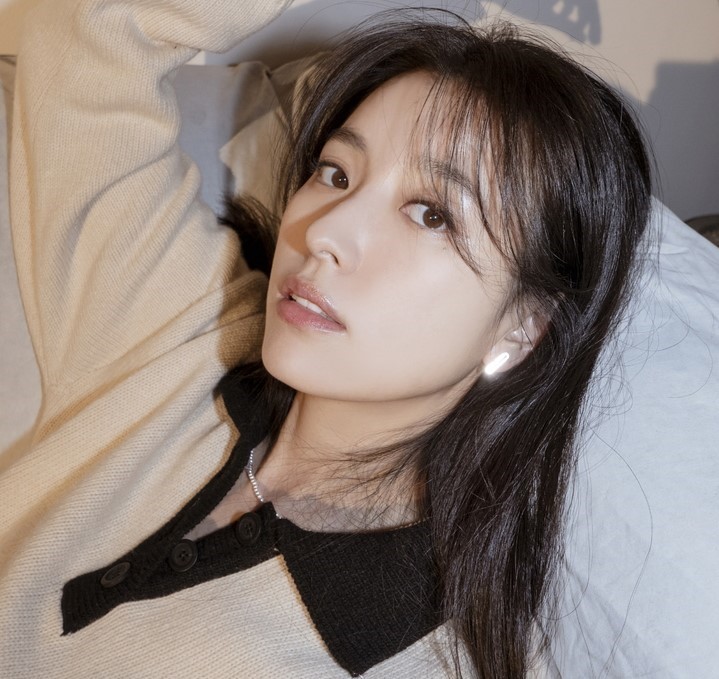 Han Hyo-joo (BH Entertainment)
A female captain character is not only rare in Korean films but also for actress Han Hyo-joo, who is widely known for her roles in romantic movies. But Han said she enjoyed greatly playing the role of pirate captain in “The Pirates: Goblin Flag” directed by Kim Jung-hoon.

“(Although it is set in the Joseon era,) I did not consider it as a period film but rather as a fantasy adventure movie so I could do everything freely and I really enjoyed it,” Han said. “When deciding my tone for the character, instead of talking like a person from period films, I focused on creating the right tone for a pirate captain because I wanted to show her charisma.”

Han also added that she had so much fun choosing pirate captain Hye-rang‘s outfit and hairstyle.

“I could create whatever look I wanted, since it is a fantasy film,” she said. “I took time deciding how fierce I wanted her appearance to be.”

“The Pirates: Goblin Flag” revolves around a journey by pirates looking for hidden treasures of a Goryeo Kingdom that no longer exists.

The movie is a sequel to “The Pirates,” which attracted an audience of more than 8.6 million eight years ago. But everything in the new film has changed, including the cast, storyline, and director.

“It is a sequel to a movie that was very successful, so I’d be lying if I say that I did not have any pressure doing the sequel. There’s probably a lot of expectations,” Han said.

The pressure, however, became her driving force to work harder on set to create a movie that can satisfy the audience, she said.

She also shared her experience of working with supporting actors who played the pirate crew in the movie.

“I usually get cake and flowers from the staff at the end of every project, but this one was special because it was from the 20 to 25 actors who played pirate members in the movie,” Han said. “They collected money to buy a cake with letters on it, which said ‘Thank you for the hard work, captain.’ I could not help but cry.”

Han also talked about her favorite line in the new pirate film.

“There is a scene, which is included in the teaser, where my character Hye-rang says, ‘Let’s go. Anyone who follows me now is a pirate.’ I think it shows her leadership well,” she said. 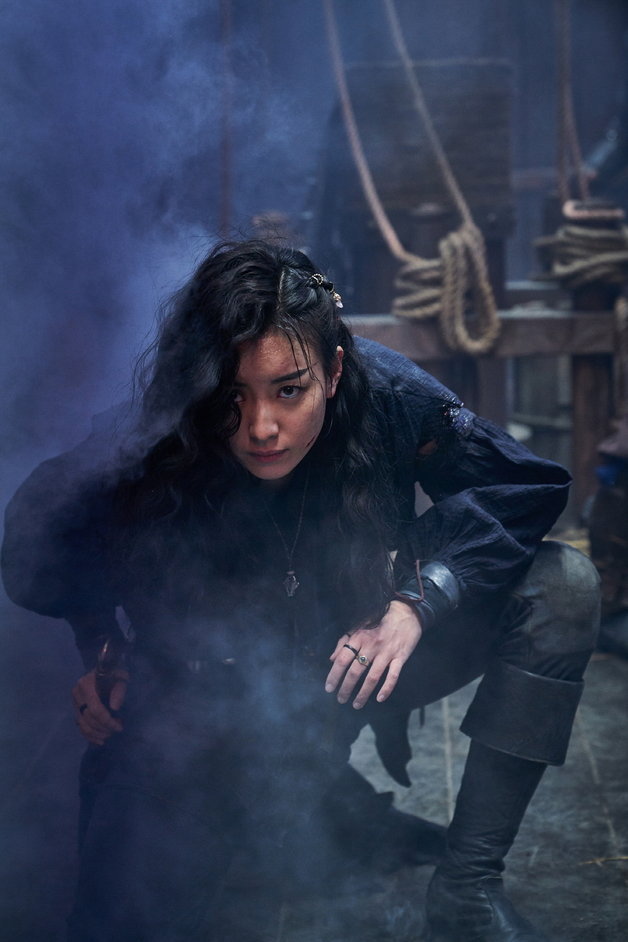 “The Pirates: Goblin Flag” directed by Kim Jung-hoon (Lotte Entertainment)
Since Han is widely known to the public for her performance in romance films like “The Beauty Inside,” there were also mixed reviews about her playing a charismatic leader in a new movie after the press screening event held on Wednesday.

“I know that there is an expectation for me to show a feminine style and performance, which sometimes feels like pressure on me,” Han said. “But I think I have different sides. I see that now is the right timing to show different sides of me, and I hope that audiences like it.”

“The Pirates: Goblin Flag” will hit local theaters on Jan. 26.