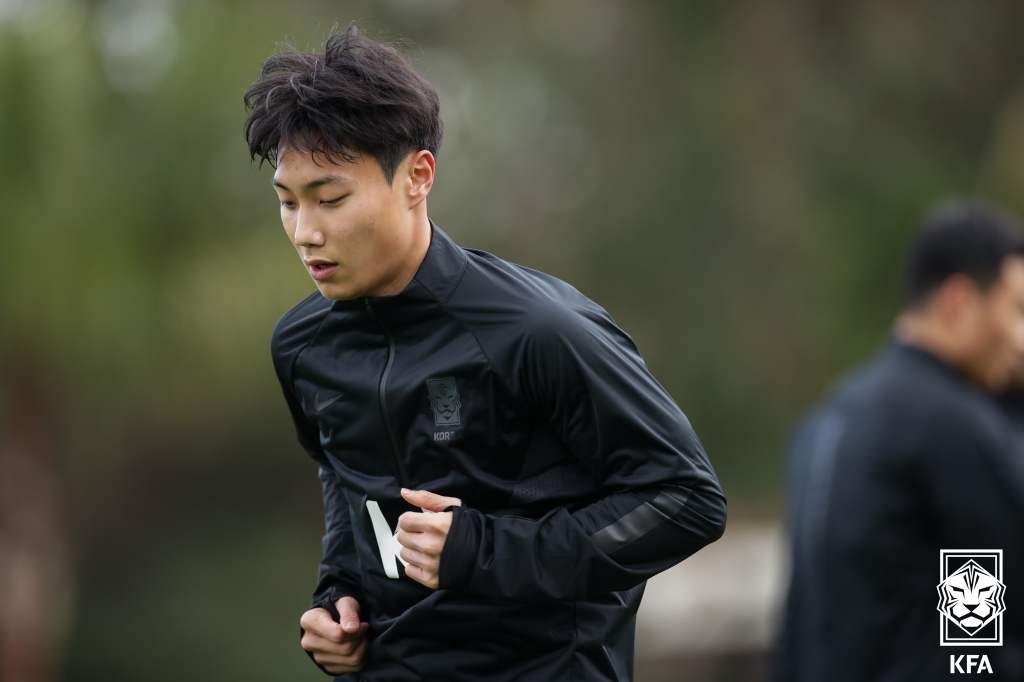 His success with the K League 1 champions Jeonbuk Hyundai Motors has also led to multiple callups to the senior men's national team. And Paik says there is no secret to his midcareer turnaround.

"I have gotten better because I have been playing more," Paik said in an interview clip provided by the Korea Football Association (KFA) on Friday. Paik has been training with the national team in Antalya, Turkey, since the weekend, ahead of friendly matches against Iceland on Saturday and Moldova next Friday.

"The more I have played, the stronger I have become," the 24-year-old midfielder added. "And I think I have improved in many areas of the game."

Paik carried great expectations into Spain when he joined the famous Barca youth academy as a teenager. But he never did play for Barcelona's "A" team and instead bounced around clubs in Spain and Germany before settling in with Jeonbuk last year.

The versatile midfielder earned a national team callup in October and again in November, the first time in Taeguk Warriors kits in two years.

He is back for the first iteration of the team of 2022. It's a team made up almost entirely of K League players like Paik, with head coach Paulo Bento intent on testing new faces and expanding his pool of talent from which to choose.

Paik said he never fretted over not making the national team earlier in his career and he is only focusing on capitalizing on the opportunity at hand.

"I am trying to follow the coach's direction the best I can," he said. "I don't know yet if I am going to be playing (against Iceland), and so I've just been trying to make my presence felt in training sessions."

In particular, Paik said Bento has told him to keep things simple on the field and to create space with more efficiency.

"I count my blessings every time I make the national team, and each and every day is precious to me," Paik said. "As one of the young players, this is a great opportunity to help some of the older guys here and also show them what I have." (Yonhap)