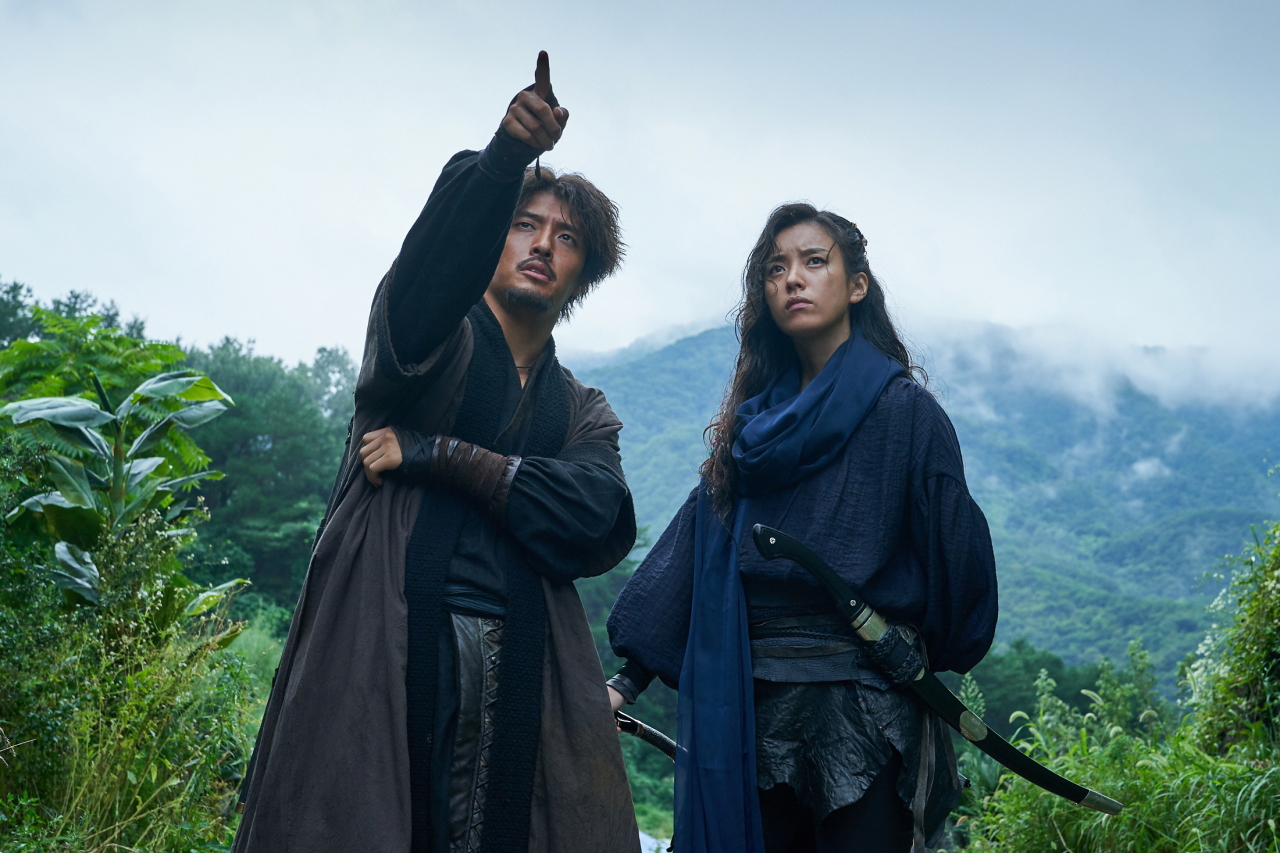 Although it is the sequel of the hit Korean pirate film, those who have not watched the first movie can enjoy the film without much difficulty as everything -- from the director, plot to all of the cast in the film -- is new.

“The Pirates: Goblin Flag” revolves around a journey by pirates looking for hidden treasures of the Goryeo Kingdom.

The only connection between the previous film and the new one is that they both have a female pirate character and a male bandit character, who used to be a warrior.

“I was inspired by ‘Treasure Island,’ which I read as a kid,” director Kim said during a press conference held Wednesday at Lotte Cinema World Tower in Seoul.

“The actors didn’t complain one bit while filming with scenes using water in the coldest winter in 35 years,“ Kim said. “The movie is created with the blood and sweat of the actors that became one team.”

The dynamic ocean scenes in Kim’s new film seem to have paid off. It features all kinds of larger-than-life phenomena like underwater volcanic eruptions, lightning striking the sea, and huge tsunamis that are worth watching on the big screen.

There are also more underwater scenes in the new movie compared to the original.

“It was the first time that I had to film underwater scenes,” Kang Ha-neul, who plays a bandit that gets to join the pirates, said during the press conference. “We all went through special training, but it was not easy. When I tried go to sleep after filming, it was difficult because water kept on coming out of my nose.”

While Kang perfectly pulls off his role as the somewhat clownish bandit, the film may disappoint those who are expecting to see a charismatic female pirate played by Han Hyo-joo. 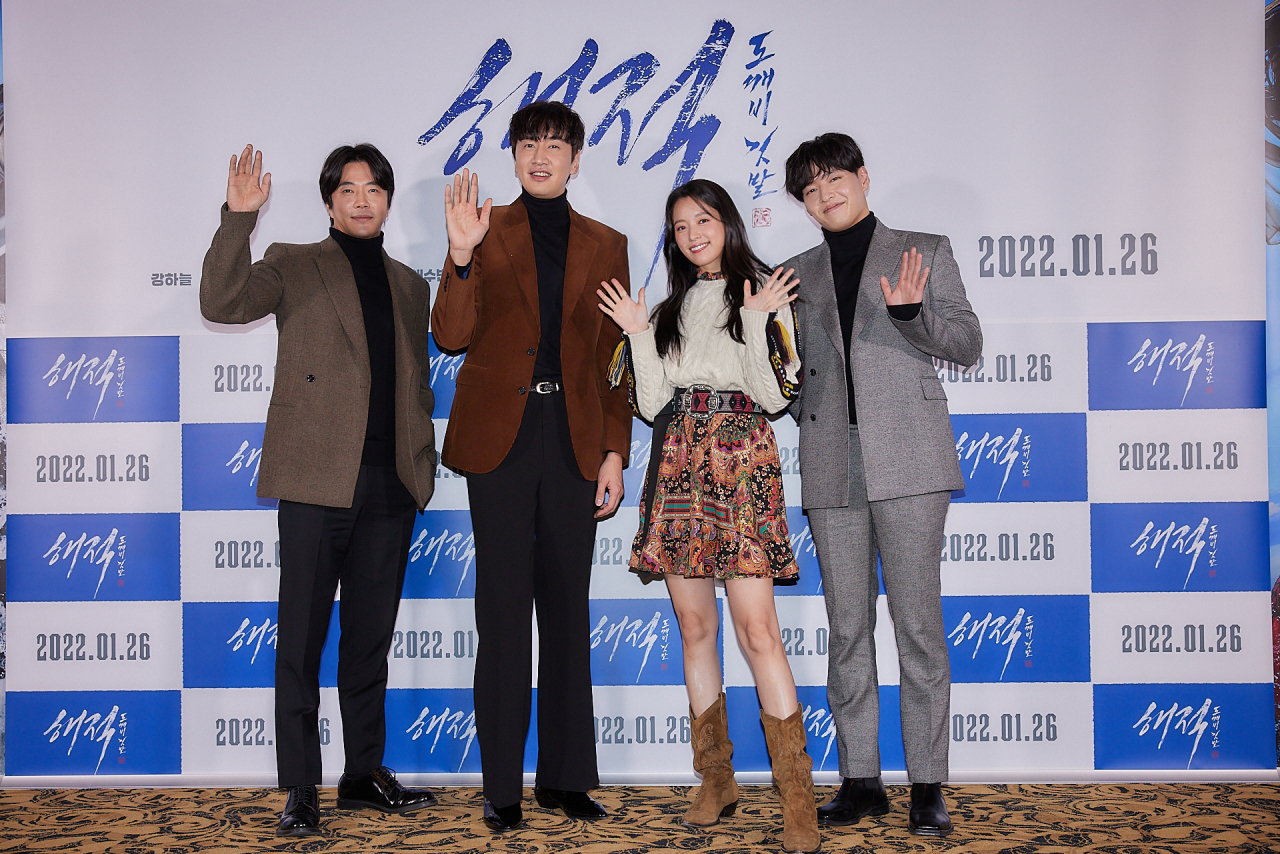 From left: Actors Kwon Sang-woo, Lee Kwang-soo, Han Hyo-joo and Kang Ha-neul pose after a press conference for the film “The Pirates: Goblin Flag” held at Lotte Cinema World Tower in Seoul on Wednesday. (Lotte Entertainment)
During the press conference, Han said that she tried to create a multi-dimensional character who is charismatic but has soft spots.

Her attempt seems to have fallen short, as she failed to find the right tone of voice and way of speaking for a leader of pirates.

Though the film has a simply storyline, the director tells it in the messiest way possible, making it hard to focus during the 126 minute running time. His way of telling the narrative also made it hard for the audience to discover the charms of supporting actors like Lee Kwang-soo and Sehun of Exo.

An abrupt fantasy element -- penguins from out of nowhere -- took away from the film‘s overall mood as well.