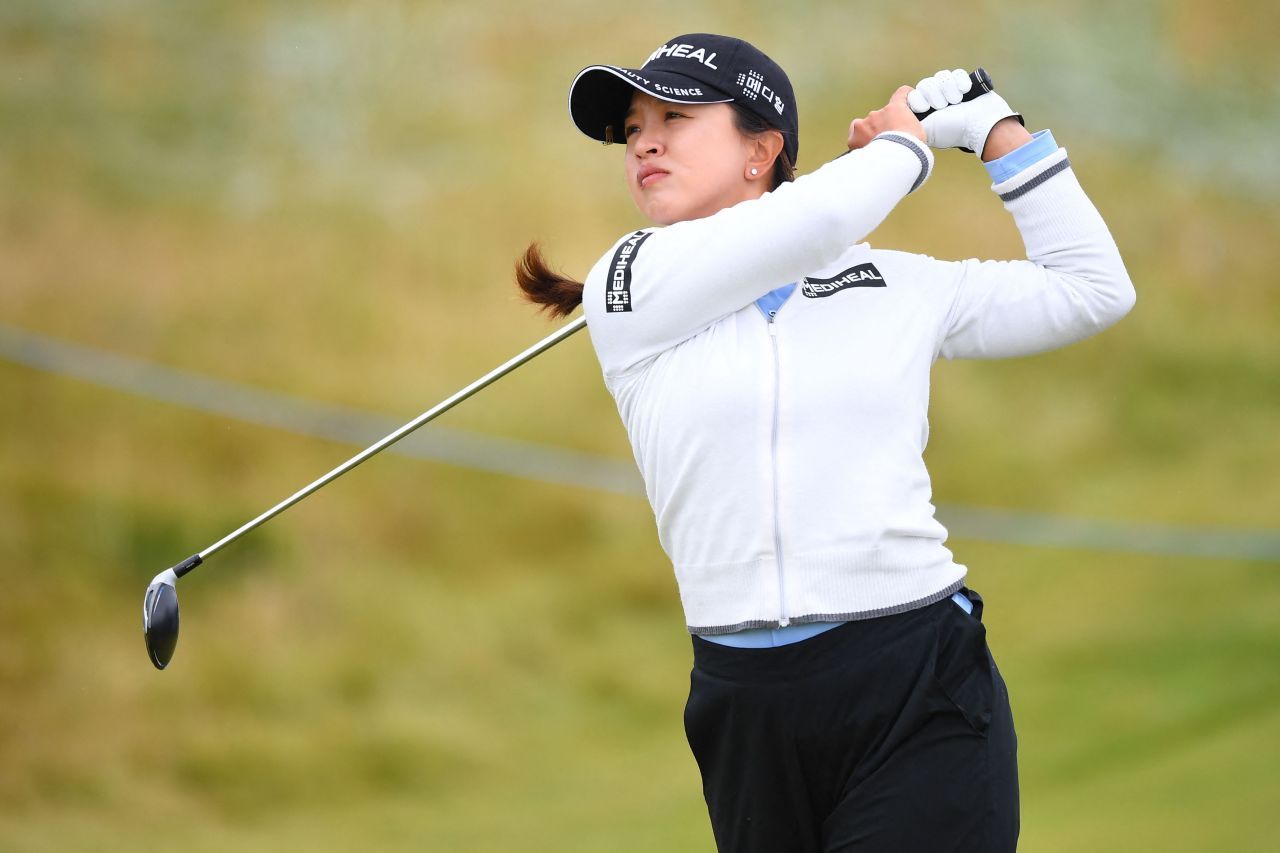 In this Associated Press photo, Kim Sei-young of South Korea hits a tee shot on the fifth hole during the third round of the AIG Women's Open at Carnoustie Golf Links in Carnoustie, Scotland, on Aug. 14, 2021. (AP-Yonhap)
Kim Sei-young had collected at least one LPGA victory in every season since bursting on to the scene in 2015, but that streak came to an end in 2021.

Looking back on last season, Kim said Thursday she might have overexerted herself in the early months, and she had hit a wall before she could get anything going.

Still hoping to reach the top of the rankings, the world No. 5 said she will try to pace herself better in 2022.

"I had a tough year last year," Kim told reporters after a corporate event in Seoul. "I set some ambitious goals for myself. I wanted to be No. 1 in the world and play well at the (Tokyo) Olympics. I played in a lot of events from early on and traveled quite a bit. I shouldn't have done that, because I ended up being so exhausted both mentally and physically."

Kim, the 2020 LPGA Player of the Year, said she'd only spent about two weeks on strength and conditioning work before jumping into the 2021 season, though she had typically devoted about two months to prepare for a new campaign.

"I pushed myself too hard because I wanted to play well at the Olympics," said Kim, who finished tied for ninth in Tokyo.

Kim, a 12-time winner, said being world No. 1 is still her "ultimate goal," but she won't otherwise limit herself to specific statistical targets.

"If I can keep plugging at it, I think I should be able to attain that goal, the 2015 LPGA Rookie of the Year said. "I am going to conserve some energy in the early weeks of the season and try to peak for key tournaments."

Kim, 28, plans to skip the first three tournaments of the new season, which will all be played in Florida from Jan. 20 to Feb. 5. Her season debut will come at the HSBC Women's Champions in Singapore on March 3. (Yonhap)