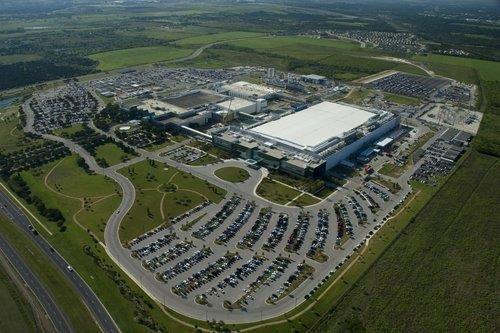 According to SEMI, a global industry association representing the electronics manufacturing and design supply chain, South Korea is forecast to rank at the top of fab equipment spending this year, followed by Taiwan and China.

Global fab equipment spending is predicted to increase 10 percent from last year to reach an all-time high of $98 billion, the SEMI said in its quarterly World Fab Forecast report, marking a third consecutive year of growth.

"The semiconductor equipment industry has enjoyed a period of unprecedented growth with increased spending in six of the past seven years as chipmakers expand capacity to meet secular demand for a wide range of emerging technologies, including artificial intelligence, autonomous machines and quantum computing," Ajit Manocha, president and CEO of SEMI said.

"The capacity buildout extends beyond the robust demand during the pandemic for electronics vital for remote work and learning, telehealth and other applications," he added.

By sector, chip contract manufacturing is expected to take up 46 percent of total spending this year, up 13 percent from last year.

The memory sector came second at 37 percent, with spending for DRAM forecast to decline and that for 3D NAND predicted to rise. 3D NAND is the stacking of memory chips on top of each other to increase storage density.

In November, Samsung, the world's largest memory chip maker, said it will spend $17 billion in building a new chip fabrication plant in Taylor, Texas, to expand its foundry business and pump up production amid a global chip shortage. Construction will begin in the first half of this year, with the mass production to begin in the latter half of 2024.