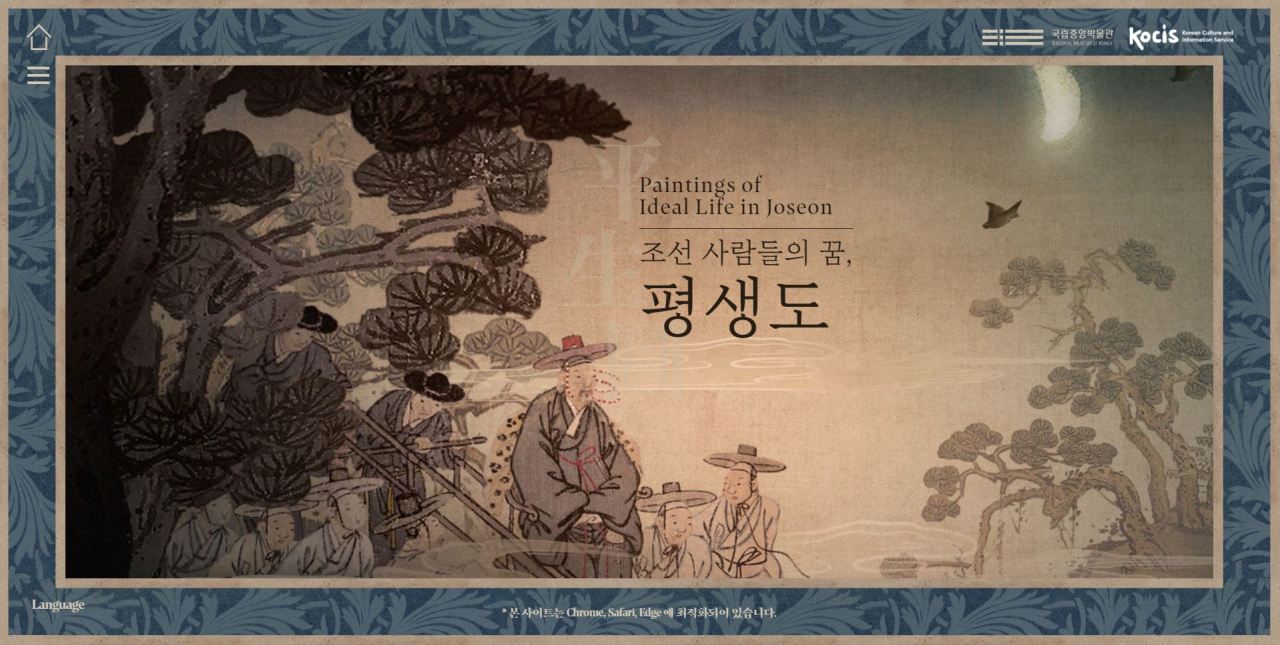 Digitally restored version of “Pyeongsaengdo” (NMK)
An 8-panel folding screen depicting scenes from an ideal life as conceived by Joseon-era people is now available in a digital format.

The National Museum of Korea revealed “Pyeongsaengdo,” thought to have been completed in the late 19th to early 20th century, in a digitally restored eight-panel folding screen format on its website on Wednesday.

The paintings depict in detail the major celebratory occasions that arise from the life of a scholar-official. They include such private occasions as doljanchi, or first birthday celebration, a village wedding ceremony, a 60th birthday celebration called hwangapjanchi, and relaxation time after retiring from one’s official post.

Some symbolic public occasions depicted in the folding screen include the passing of the state examination.

Although similar paintings that note the lives of holy and well-known figures exist in Korea and neighboring East Asian countries, the genre of “Pyeongsaengdo” stands out as it depicts scenes of joy in the personal lives of the upper class.

The missing parts of the original piece were filled in using digital techniques, with some discolored and contaminated parts also restored as close as possible to their true color. The merit of digital restoration lies in the continuous restoration process, meaning it it is possible to continue to change the piece as necessary, as when new research uncovers new details, the museum said.

“The lives and culture of Joseon might sound very different (from today) for foreigners, but it becomes much easier to relate to when approached under the theme of peoples’ lives.” Yang Seung-mi, arts researcher at the NMK, said to The Korea Herald on Wednesday. Many versions of “Pyeongsaengdo” exist, from six-piece to twelve-piece sets, which helped research for the digital restoration, according to Yang.

Explanations are provided in Korean, English and French.

Following its launch on the website, an actual media folding screen will be presented offline at the NMK in late February.