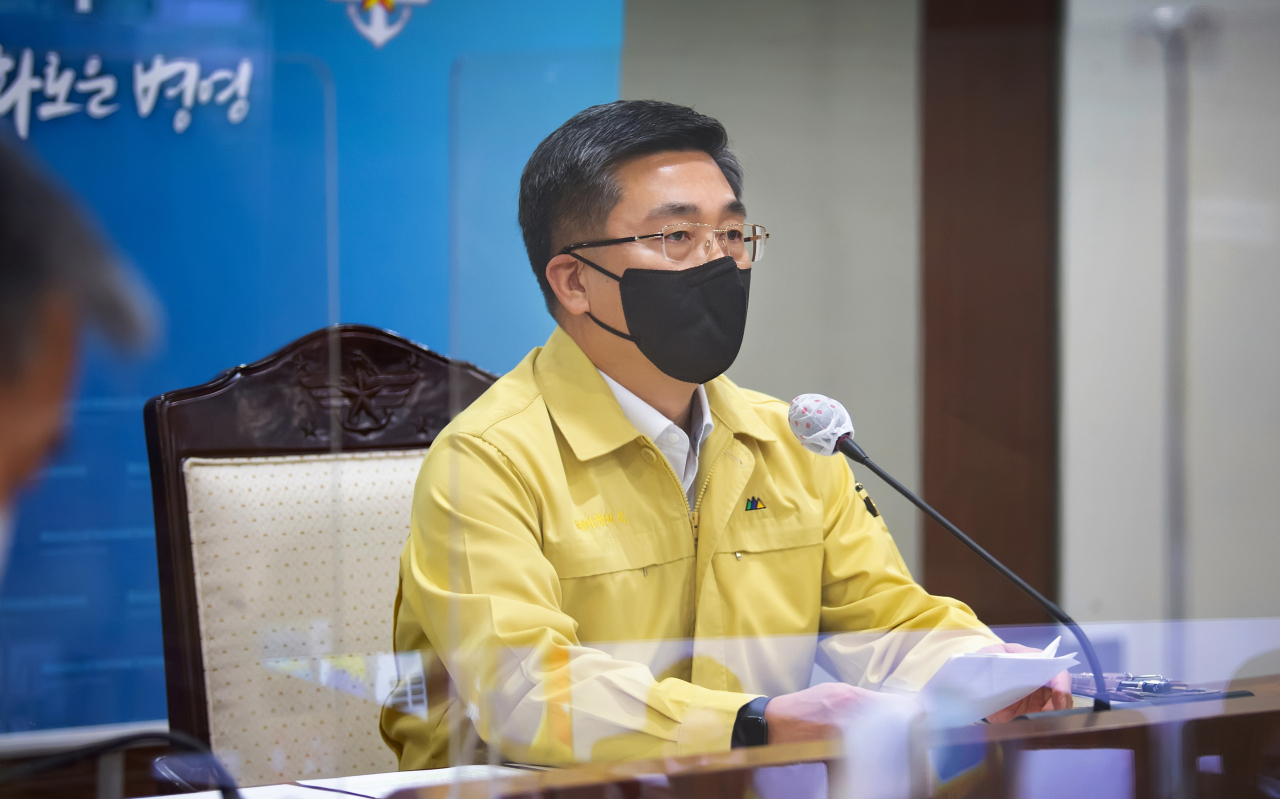 South Korea's Defense Minister Suh Wook called Monday for "full attention" to keeping a combined defense posture with the United States as he commented on a recent rise in COVID-19 infections among US Forces Korea (USFK) personnel.

Suh made the call during a virtual meeting of top military commanders on anti-virus efforts, voicing concerns over the continued spread of the omicron variant on and off base.

The USFK had confirmed a weekly record high of 682 more virus cases among its personnel from Dec. 28 to Jan. 3. In response, it started banning all personnel from visiting off-base facilities, such as indoor malls and gyms, on Saturday.

"Regarding a multitude of infections in the USFK, (the minister) stressed that full attention should be given to

maintaining a combined defense posture," the defense ministry said in a press release.

The minister also directed the commanders to beef up the military's epidemiological investigation and testing capacities, as the omicron variant is on track to become the dominant strain.

"As the number of patients infected with omicron has gradually been increasing on and off base, the pandemic situation is graver than ever," Suh was quoted by the ministry as saying.

South Korea plans to send vaccines to Lebanon and South Sudan to inoculate its contingents there between January and February.

The units operating in the United Arab Emirates and off Africa will secure jabs under cooperation with local governments, according to the ministry.

The military, meanwhile, reported four additional COVID-19 cases Monday, all of which are breakthrough infections, raising the total caseload among its personnel to 3,444.

Of the new cases, three are from the Army and one from a unit under the direct control of the defense ministry.

Currently, 191 military personnel are under treatment. Of the total military caseload, 1,631 are breakthrough cases. (Yonhap)