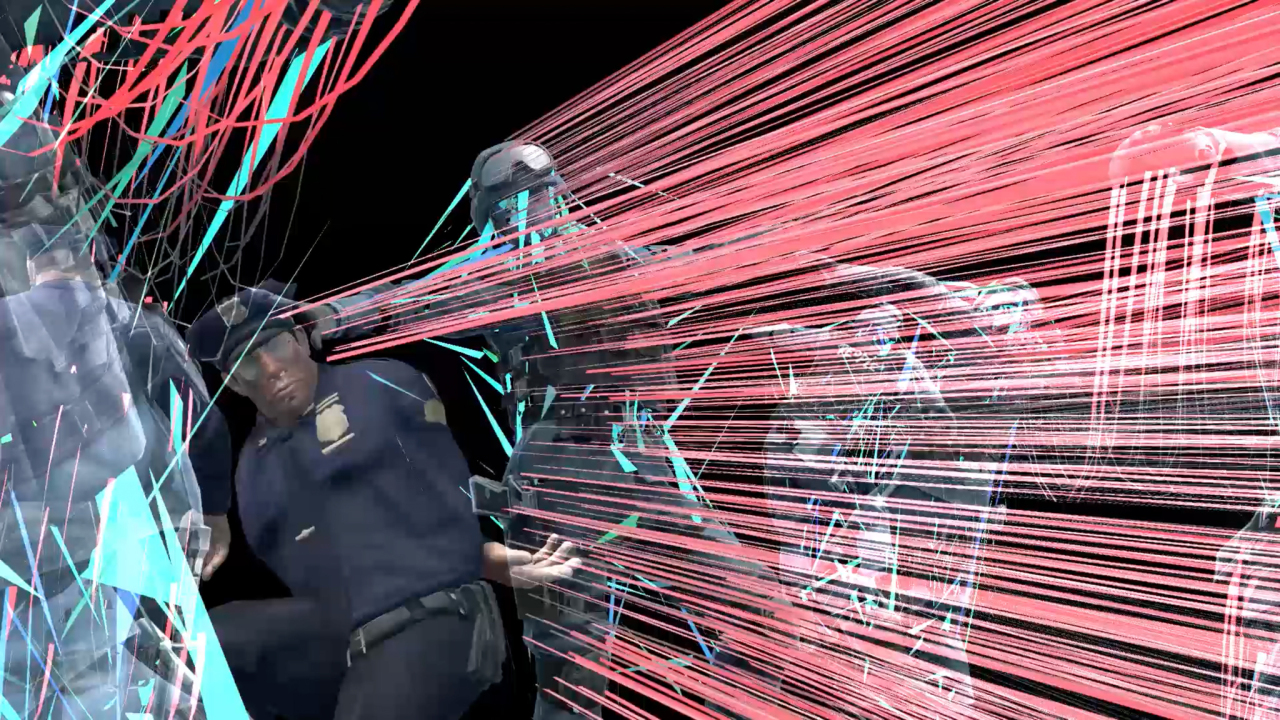 "SocialSim" by Hito Steyerl (Courtesy of the artist, Andrew Kreps Gall)
The National Museum of Modern and Contemporary Art, Korea will expand international ties with overseas museums and commemorate video art pioneer Paik Nam-june’s legacy this year to coincide with the unveiling of “The More The Better,” the largest work by the artist, after a years-long restoration.

In September Korea’s modern art will be exhibited at Los Angeles County Museum of Art through “The Space Between: The Modern in Korean Art.” The show, curated by LACMA curator Virginia Moon and featuring 140 artworks by Korea’s leading modern artists, will run through February 2023.

“It is an unprecedented exhibition for MMCA to thoroughly showcase Korean modern art at a museum overseas. We have a close relationship with LACMA and hopefully the exhibition can lead to another exhibition that focuses on Korean contemporary art,” Yun Bum-mo, director of MMCA, said at a press conference Friday.

In Korea, two exhibitions dedicated to Paik Nam-june, South Korea’s pioneering video artist, will be held in June and November, to commemorate the restoration of “The More The Better.” The restoration is scheduled to be completed in the first half this year. The tower comprising 1,003 CRT monitors was installed in 1988 at MMCA Gwacheon. 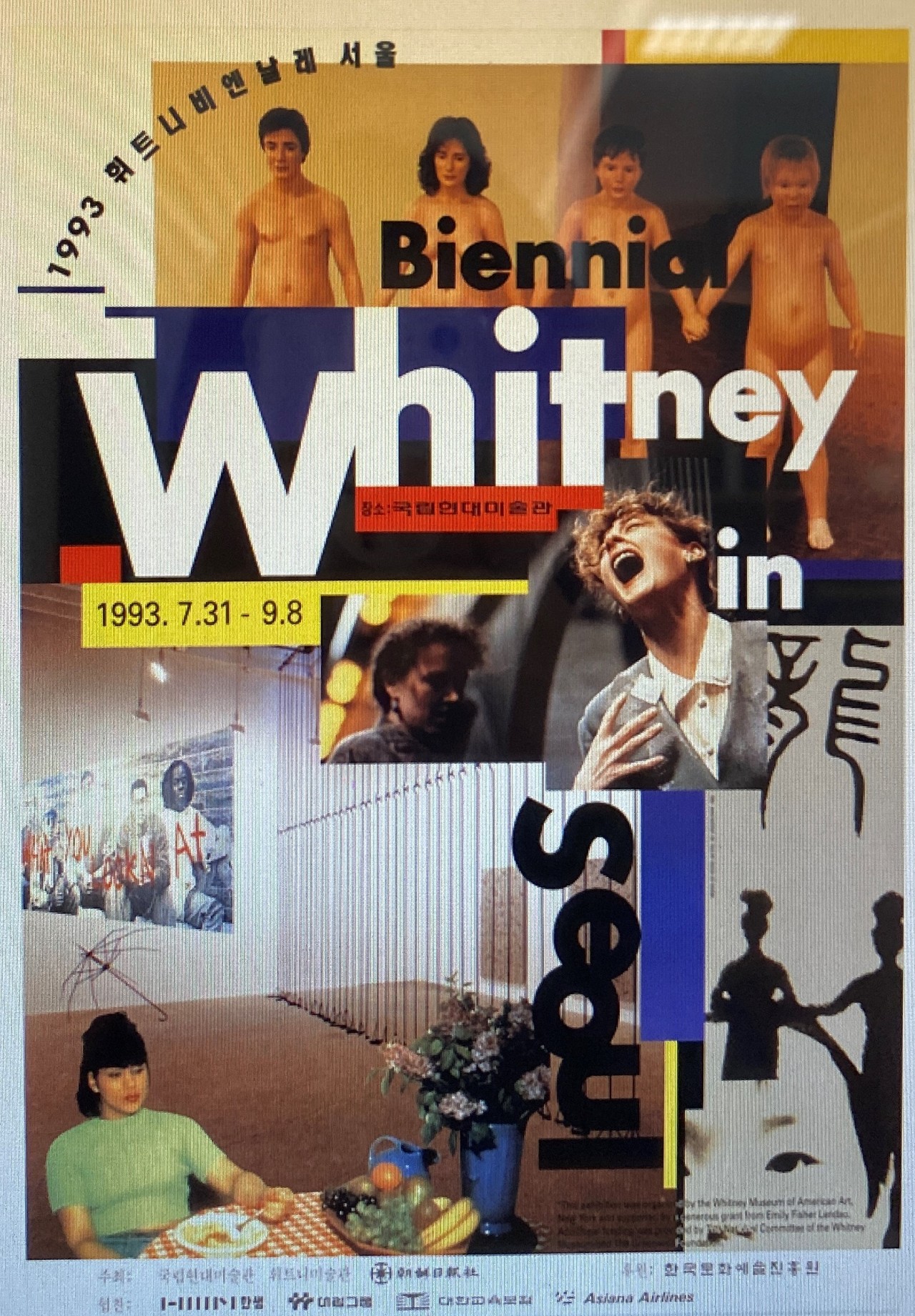 A poster of “1993 Whiteny Biennale in Seoul” will be shown as part of the exhibition “Paik Nam June Effect” scheduled in November (MMCA)
The exhibition “The More, The Better Archive” will kick off in June, featuring the history of the restoration of “The More The Better,” as well as numerous archival materials about the artist’s work.

An exhibition in November, “Paik Nam June Effect,” will showcase artists whose works were influenced by Paik in the mid to late 1990s.

“The restoration is in the final stage, and will have a lighting ceremony in the first half of the year, unveiling it to the public. We will also publish a white book on the restoration to share the process. For the exhibition ’The More, The Better Archive,’ we have collected a lot of valuable archives to understand the artistic world of Paik,” Youn said.

He added that experts were still discussing whether the video tower will operate continuously or at designated times, in consideration of the lifespan of CRT monitors. The museum has decided to maintain the protocol of the five-story video tower by replacing or repairing CRT screens instead of using LED monitors.

Korea’s first solo exhibition of Hito Steyerl, one of today’s most influential media artists, will be held in April while a solo exhibition by Austrian conceptual artist Peter Weibel is scheduled to open in December.