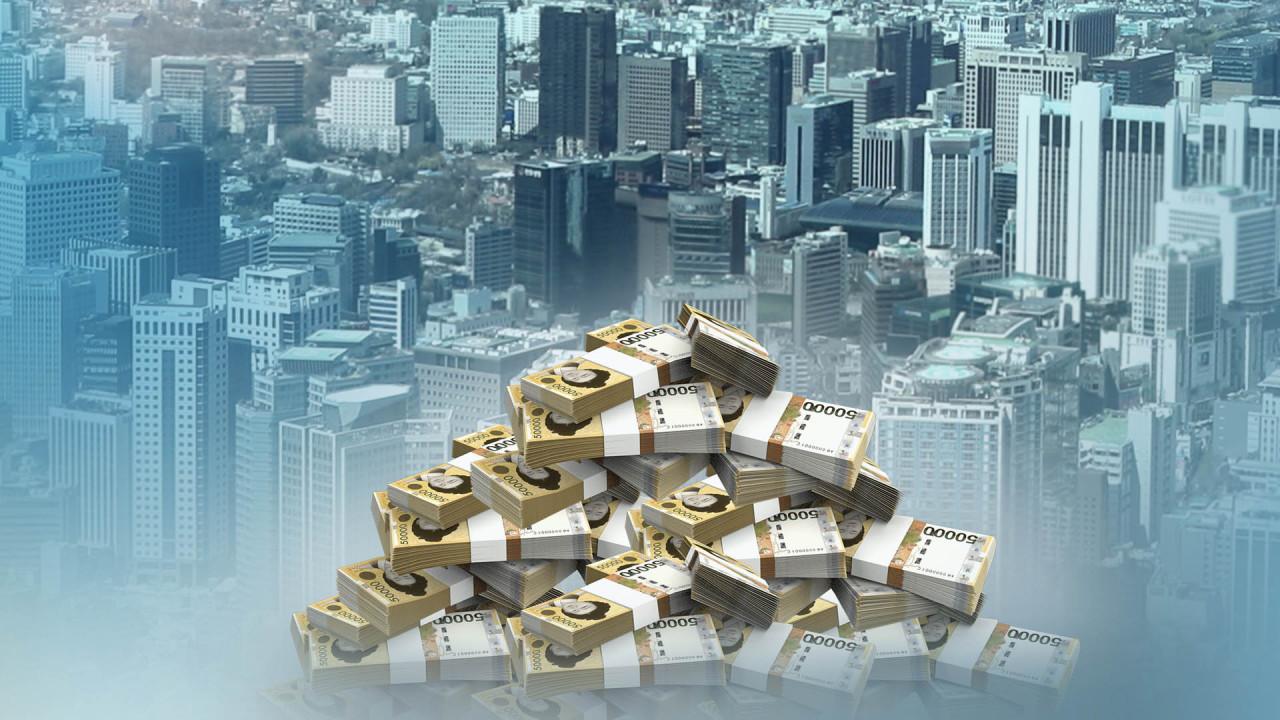 Net financial funds -- the value of financial assets minus financial liabilities -- held by local households and nonprofit organizations serving households amounted to 35 trillion won ($29.1 billion) in the July-September period, up from 29.8 trillion won a year earlier, according to the preliminary data from the Bank of Korea (BOK).

The amount was also larger than the previous quarter's 24.5 trillion won.

The excess funds refer to the volume of money that remains on the balance sheets of households after people manage available funds via deposits, stock investments and other means.

The increase was attributed to a rise in income from government pandemic-related subsidies and slowing growth in households' investment in real estate, according to the BOK.

Meanwhile, their deposits in financial institutions came to 37 trillion won in the third quarter, up from the previous quarter's 33.2 trillion won, while the money they parked in stocks and investment fund products shrank from 30.1 trillion won to 24.7 trillion won over the same period.

A BOK official said that rising interest rates of recent months appeared to have encouraged people to "rebalance" their portfolios by increasing savings and cutting down on investment in riskier assets, such as stocks. (Yonhap)