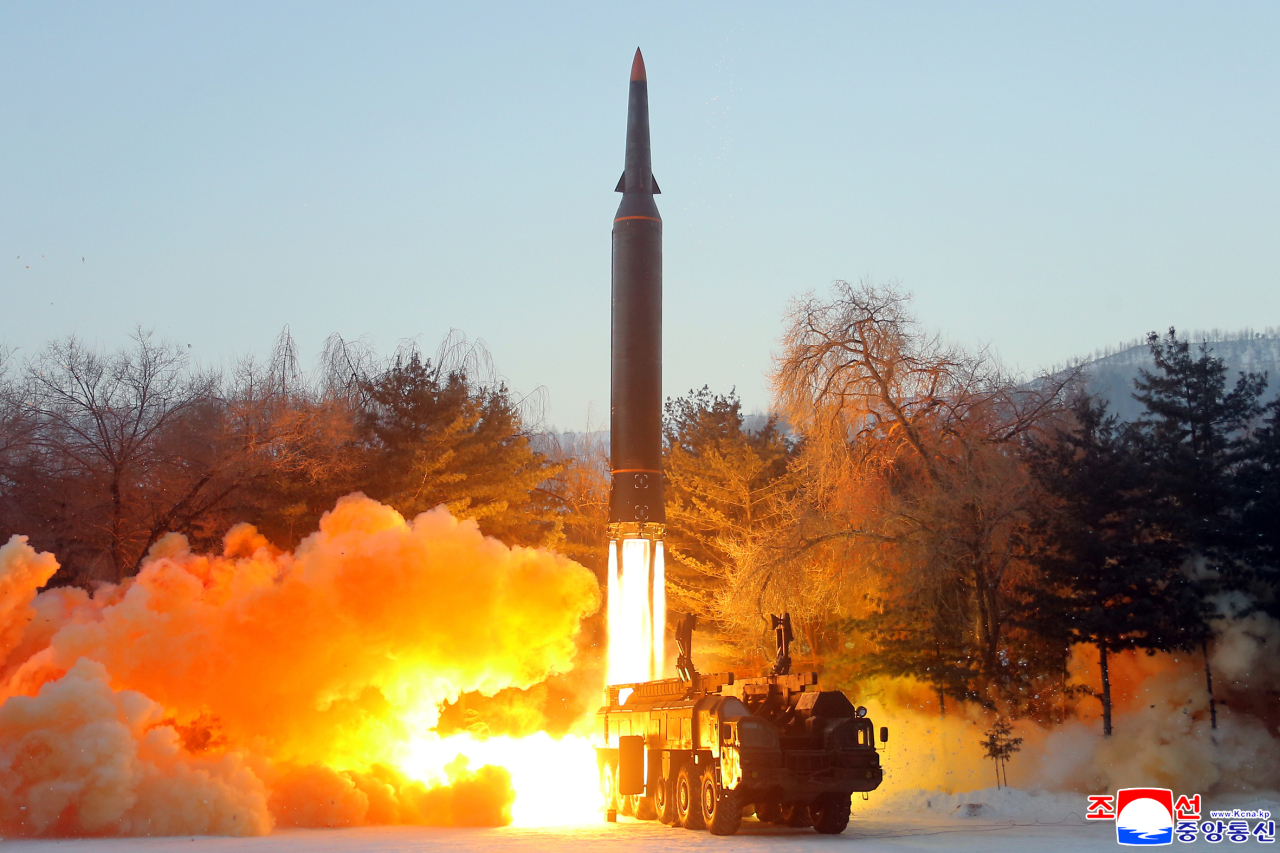 This photo, released by North Korea's official Korean Central News Agency on Thursday, shows what the North claims to be a new hypersonic missile being launched the previous day, three months after it first showcased the new weapons system. The report came after South Korea's military said the North fired what appeared to be a ballistic missile toward the East Sea from the northern province of Jagang. (KCNA)
South Korea, the United States and Japan have postponed their trilateral defense ministerial talks that they had considered holding this month, Seoul's defense ministry said Thursday.

Japanese media outlets reported earlier that the three countries have decided to delay the talks set to take place next Thursday in Hawaii due to the spread of the omicron variant.

"There were not any discussions yet as to when to rearrange the talks," Col. Moon Hong-sik, the ministry's deputy spokesperson, told a regular press briefing. "We have decided to have related consultations at an appropriate time."

Earlier this week, US Defense Secretary Lloyd Austin said that he tested positive for COVID-19.

The three countries had considered arranging the defense talks as Washington is striving to rally its allies and partner countries to counter China's assertiveness amid an intensifying great-power rivalry.

The three countries last held a trilateral defense ministerial meeting on the margins of security talks involving the Association of Southeast Asian Nations in Bangkok in November 2019. (Yonhap)