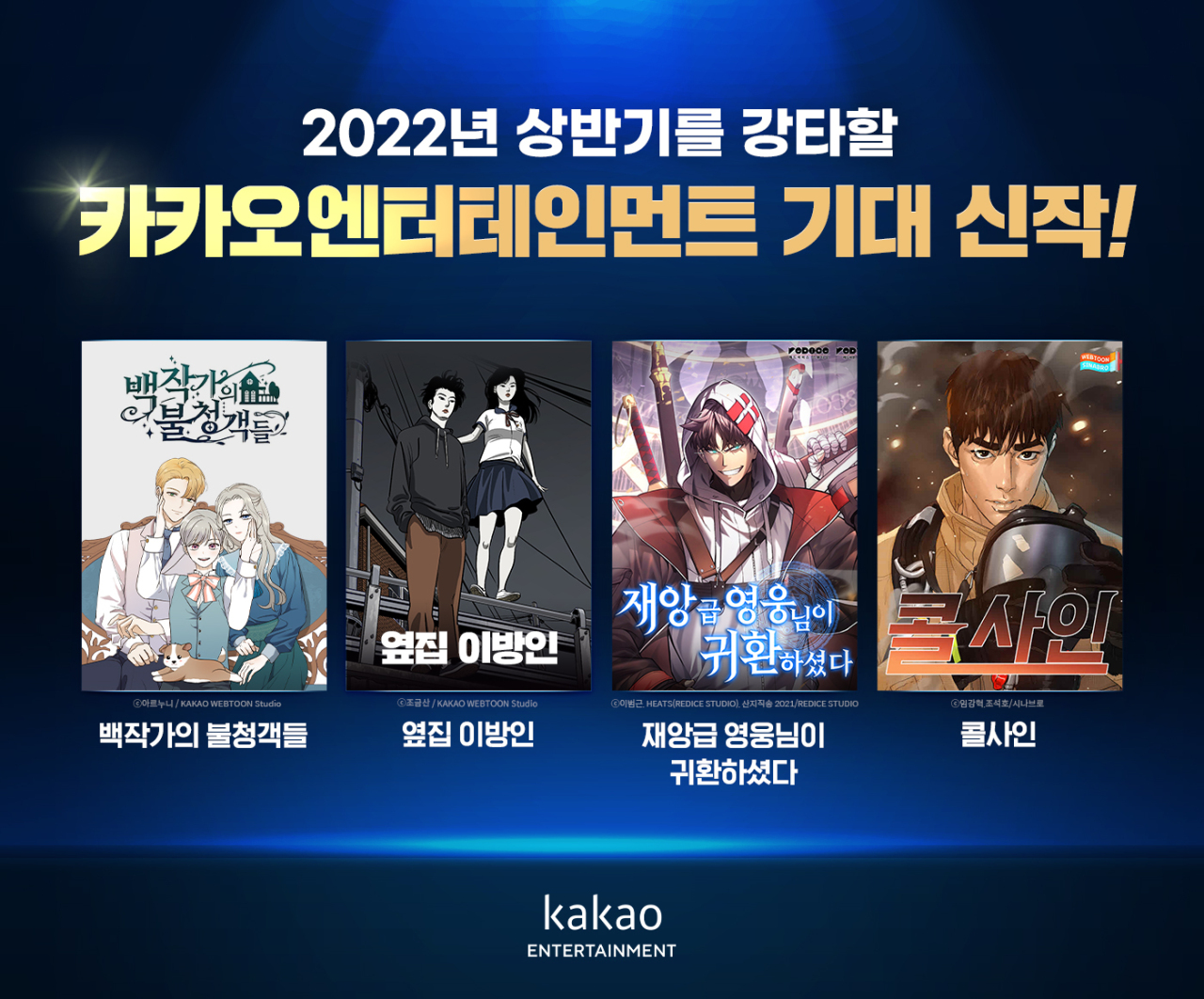 “Call Sign,” written by the Kakao Page’s best-known author Cho Seok-ho, revolves around a rookie firefighter who has the ability to save others’ lives by putting his own life at stake.

“Call Sign” will be in Korean and English and released in January.

Author Jogeumsan is returning with “Strange Neighbor,” a new series about the life of a mother and her two daughters living in a house earmarked for redevelopment. The story develops as a wealthy person moves in as their next-door neighbor.

The author seeks to build the story by writing about current issues that will resonate with Korean society, such as urban redevelopment, rumor mongering, outcasts and more.

The exact date of its release and whether it will be available in English are yet to be decided.

“Return of the Disastrous Hero” is written by author SAN.G, who has more than a million subscribers.

The webtoon centers around a hero, Lee Gun, who seeks revenge against his former comrades for their past betrayal. The series is available in both Korean and English.

Written by the rookie author Arrnuni, “The Unwelcome Guests of House Fildette” has already developed a following among webtoon fans after the release of the first 30 chapters. The webtoon is in Korean and English.

“Because the webtoon presents a story about a family through a child’s eye, many readers seem to easily empathize with the storyline,” Kakao Entertainment said in a press release.

“We are expecting these webtoons to be adapted into dramas, films, games and more, because of their potential as powerful IPs,” the press release quoted a Kakao Entertainment official as saying.