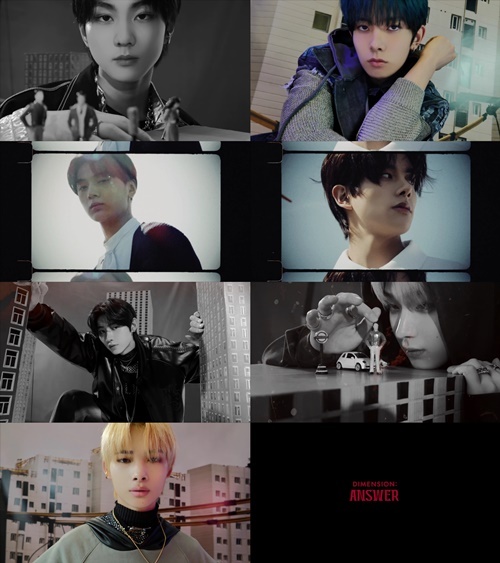 The trailer starts with “Polaroid Love,” which was unveiled in advance at a fan meet event in November. It transitions to a snippet from the last track “Outro: Day 2,” before ending with a line from the main track “Blessed-Cursed” -- which translates to “Wake up now open your eyes.”

The repackaged album consists of 11 tracks: eight songs from the LP and three new songs featured in the preview.

The LP came out in October last year and hit Billboard 200 at No. 11, a record for the rookie band that debuted in November 2020. The album sold over 1 million copies and also topped Oricon’s daily and weekly album charts.

The repackaged album will be released on Jan. 10.

Meanwhile, the band released the main soundtrack “Always” for a Japanese television drama that starts airing next week.

Omega X is back with 2nd EP 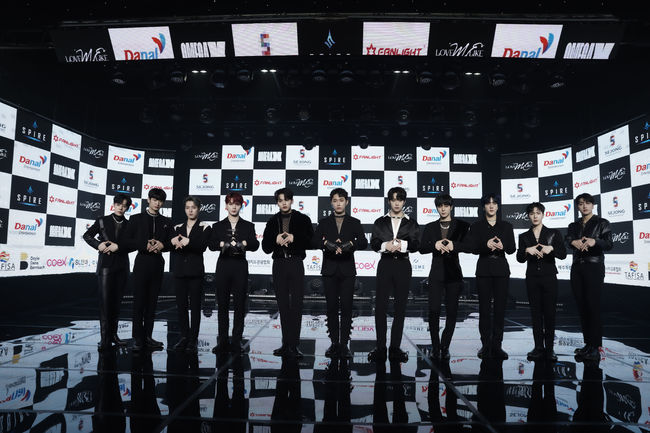 (Credit: Spire Entertainment)
Boy band Omega X held an online showcase on Wednesday to roll out its second EP “Love Me Like,” four months after its previous EP.

Jaehan said they are “happy that we can meet fans in such short time,” adding that maybe they wanted to spend all four seasons with them.

The band performed the lead track of the same name and said they are proud to have conveyed their passions on stage.

“I love the nickname that refers to us as the next-generation beast idol,” said Hangyeom, “and we wish fans to focus on how we wanted to express sexier and more mature side of us.”

The EP consists of five tracks including the moombahton-based dance number. Since the bandmates participated in writing the songs, they’d love to hear that all tracks are equally good, Hangyeom said, but they also have their eyes on a first-place trophy from a television music chart show and a rookie award.

Competitors from survival audition to debut in March 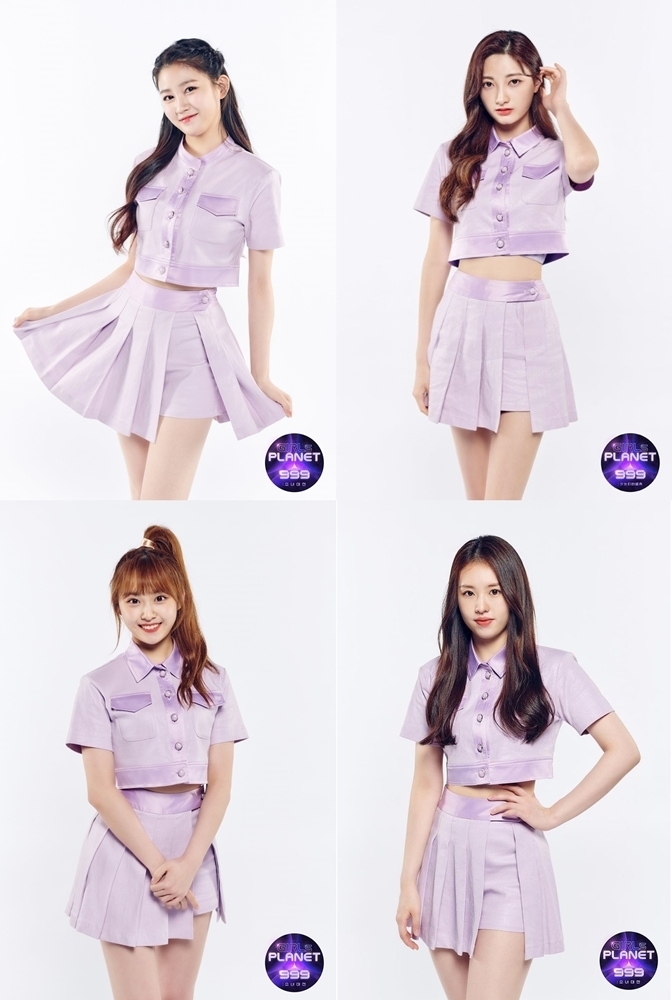 Kishida Ririka, Hayase Hana, Chang Ching and Lee Yoon-ji will debut as part of a six-member act named ILY:1, which signifies that each of the bandmates will show their charms in harmony. It also stands for “I love you,” to the fans who have been supporting them from the very beginning. The rest of the members have not been identified yet.

The four participated in the reality show that selected nine finalists from 99 candidates from China, Japan and Korea. The top nine trainees officially debuted as Kep1er on Monday. Kim Soo-yeon, a runner-up that ranked No. 10 in the final tally, debuted as a member of Billlie last month.

TrendZ sets out as strong performers 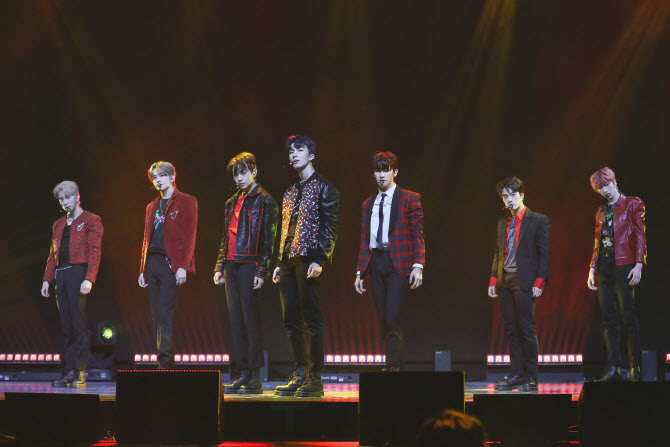 (Credit: Interpark Music Plus)
The seven-member band TrendZ debuted at a media showcase on Wednesday, declaring that it will be a performance-centric group.

With the debut of its four-track EP “Blue Set Chapter 1. Tracks,” the boy band begins its narrative, starting with the feelings of loss and anger one develops from not being able to get out of a tough spot. Then comes a ray of light which leads to an unknown space named Blue Set.

“Most of us go through hard times … and we wanted to express how we endeavor to overcome the hardship with this album,” said Yoonwoo.

“The music video shows us trying to escape from a confined space,” said Eunil, hinting that the bird from the teaser and the music video will be key to understanding the full story.

Three out of four tracks highlight the band’s performance skills, which they believe is the strength of the group.

The bandmates said they want to be known for their performance, and hopefully as a rookie team that is passionate and charismatic.