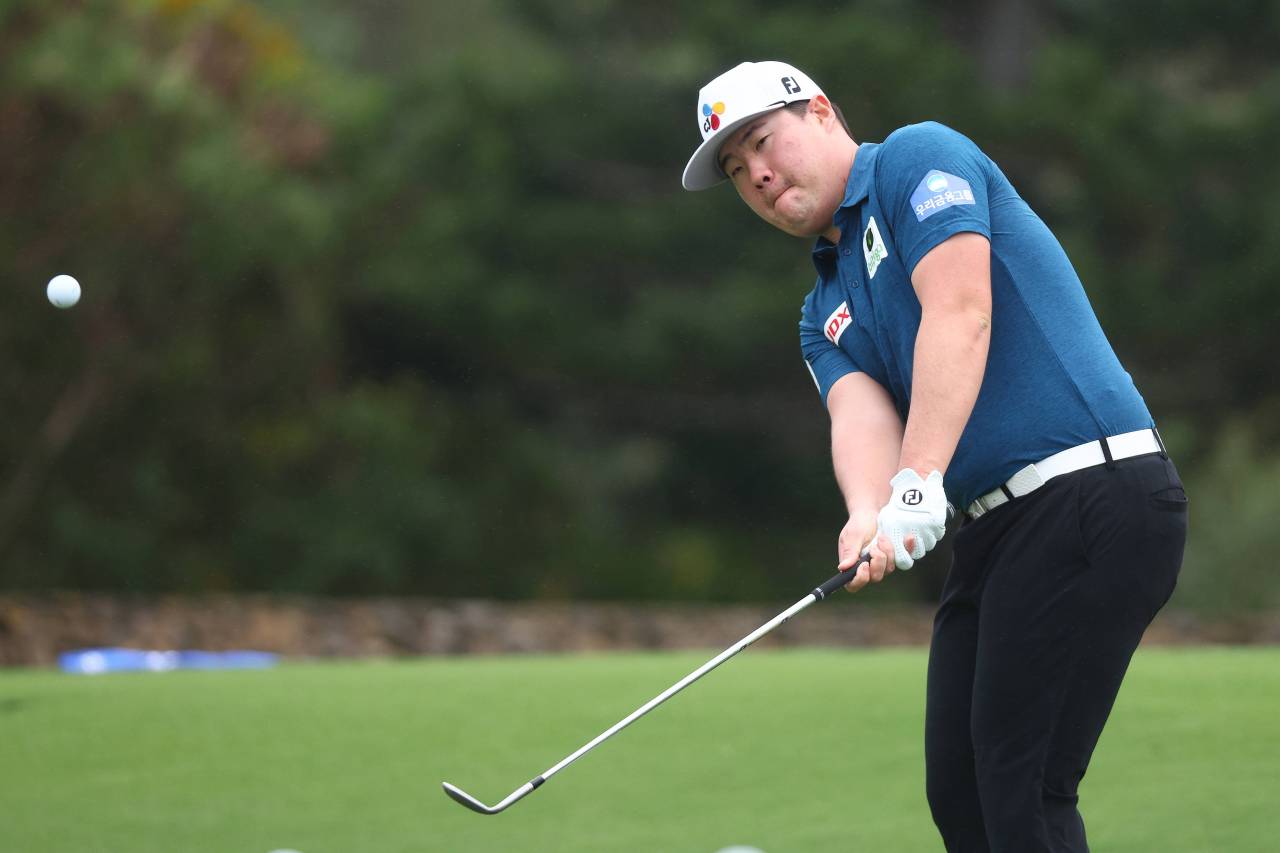 In this Getty Images photo, Im Sung-jae of South Korea hits a shot during a practice round ahead of the Sentry Tournament of Champions at Plantation Course at Kapalua Golf Club in Lahaina, Hawaii, on Monday. (Getty Images-Yonhap)
At No. 26, Im Sung-jae is the top South Korean in the men's world golf rankings. And the two-time PGA Tour winner wants to move even higher in the new year.

"I will try to take it step by step and stay inside the top 20," Im said Wednesday in an online interview with South Korean media. He is in Hawaii to prepare for the Sentry Tournament of Champions, which starts Thursday, as the first event of 2022.

Im reached a career-high 16th in the rankings in February last year but dropped to as low as 30th later that same year before bouncing back. His second career PGA win at Shriners Children's Open in October helped in that regard.

And to keep moving up the ladder, Im said he has to be better with his putting.

"I need to keep working on putts that are three to four meters from the cup," Im said. "Compared to my ball striking, my putting has room for improvement."

One of the tour's top workhorses, Im said he plans to get into a ton of events early in the year.

"I'd love to get my win No. 3, but I will stay patient and wait for my opportunity," he said. "And once I get that chance, I will try to pounce on it. I also want to play well at major championships and make it to the season-ending Tour Championship (in August)."

And after the PGA Tour season ends, another important competition may be on the horizon for Im. For the first time, professional golfers will be allowed to compete at the Asian Games.

Hangzhou, China, will host this year's event in September, and Im is one of South Korea's best medal hopes.

And the Asian Games mean more than just an opportunity to represent the country for Im. Male athletes who win an Asian Games gold medal receive an exemption from mandatory military service.

Im, 23, has not yet done his military service, and getting the exemption will ensure he can enjoy a long and potentially lucrative career without disruptions that have affected others before him.

"I will play at the Asian Games if I have an opportunity," said Im, who tied for 22nd place at the Tokyo Olympics last year. "There is also a team event at the Asian Games, and I will try to do my country proud." (Yonhap)