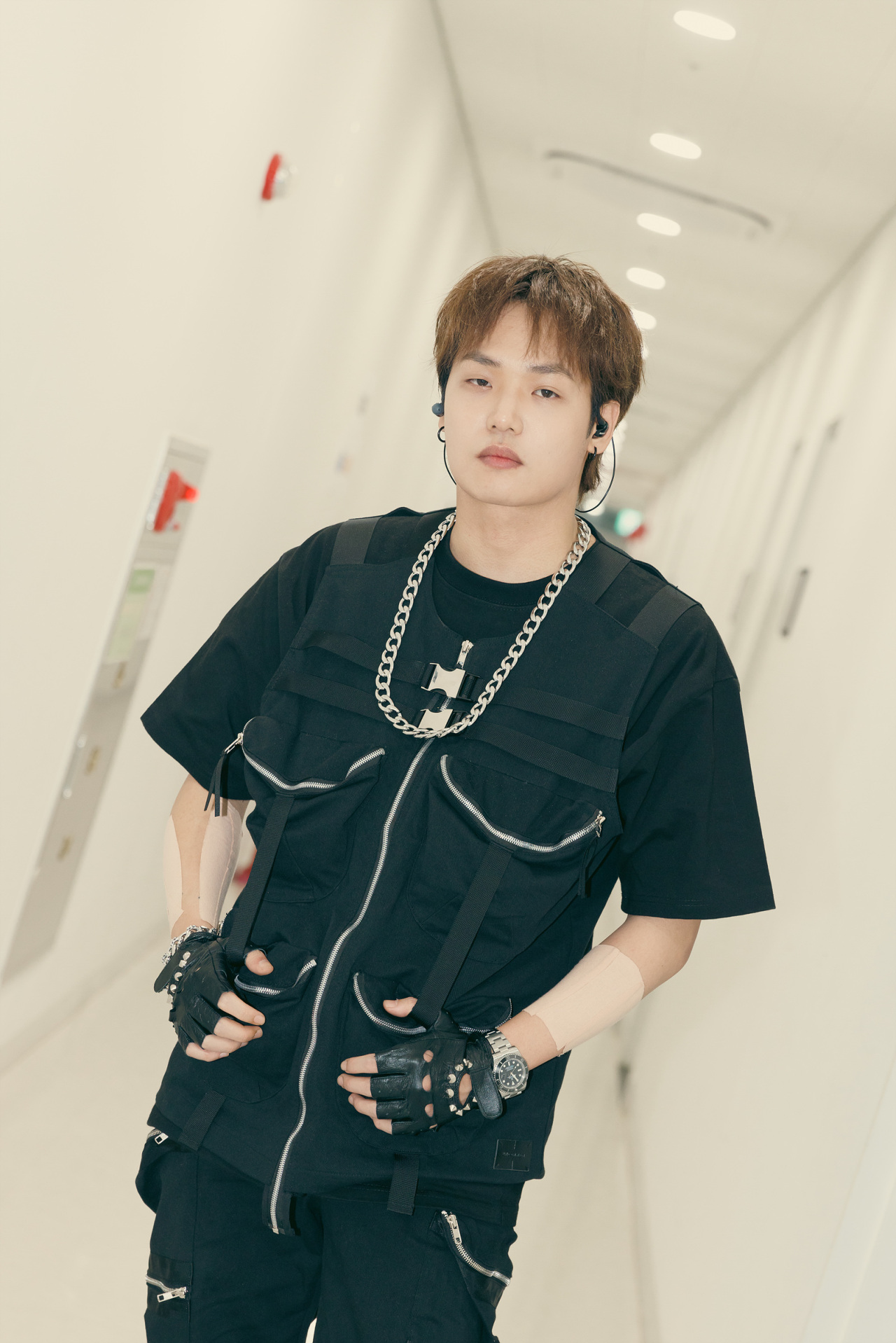 Rapper Jo Gwangil performs during the final round of Mnet’s “Show Me The Money 10.” (Courtesy of Mnet’s “Show Me The Money 10”)
When hip-hop music made its way into the limelight in Korea, little did listeners know that the blossoming genre would become a musical staple. The east-meets-street style beats and rapping styles are leading trendsetters here and have built their own culture. And now, rapper Jo Gwangil is a new face in the hip-hop roster among a strong batch of talents.

‘Show Me The Money 10’ as road to Damascus

First launched in 2012, “Show Me The Money” is an audition program that chalked up the growth of hip-hop in Korea by allowing rappers in the underground community to find fame. 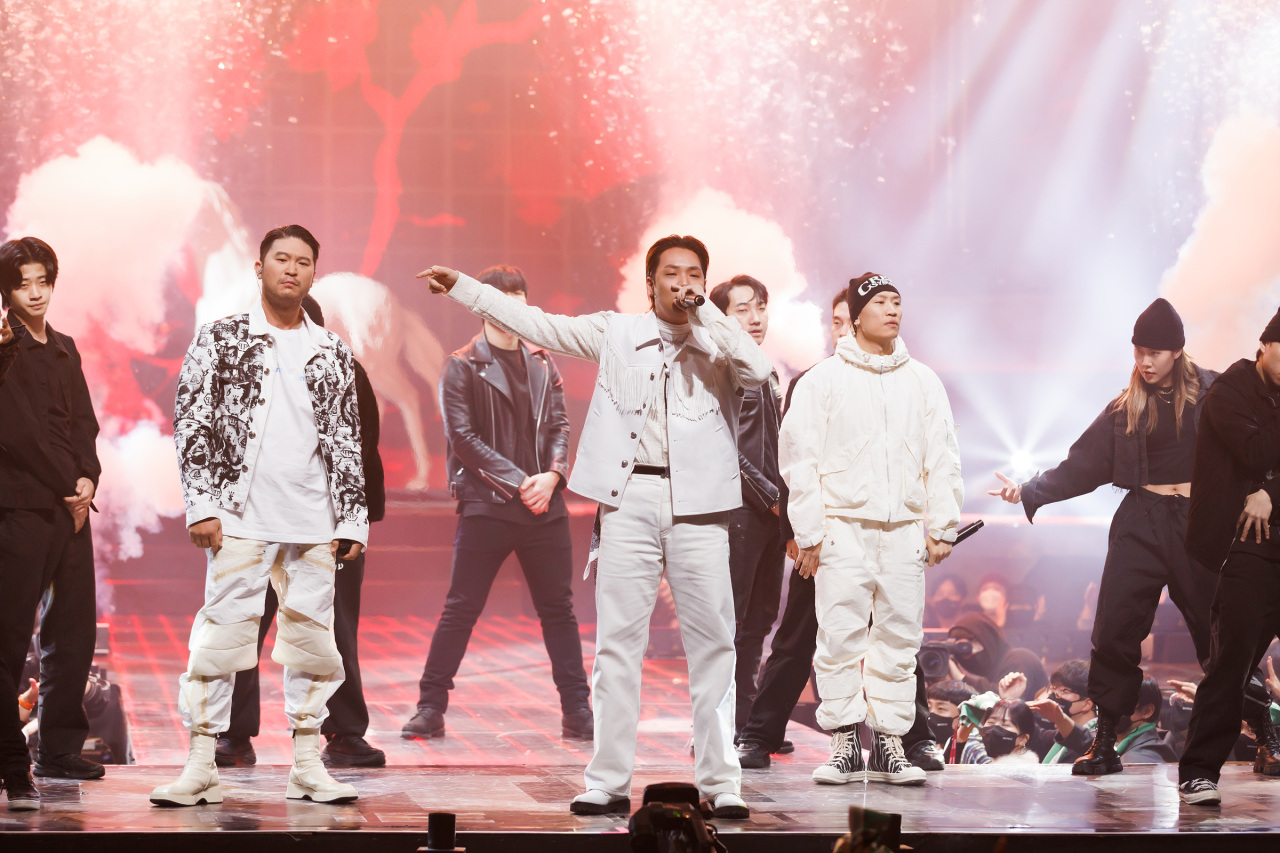 “I got the offer to be on the show last year, but I had a lot on my plate. I was busy preparing for my first LP, so I had to choose between being on the program or focusing on my music. But working on my album came first,” he said, talking about how he had been an avid fan of the series.

“I think I was right on time this year,” the musician added.

Some of the biggest names in the hip-hop scene took part as contestants, but Jo‘s fast rapping skills immediately took center stage and garnered massive attention from viewers. 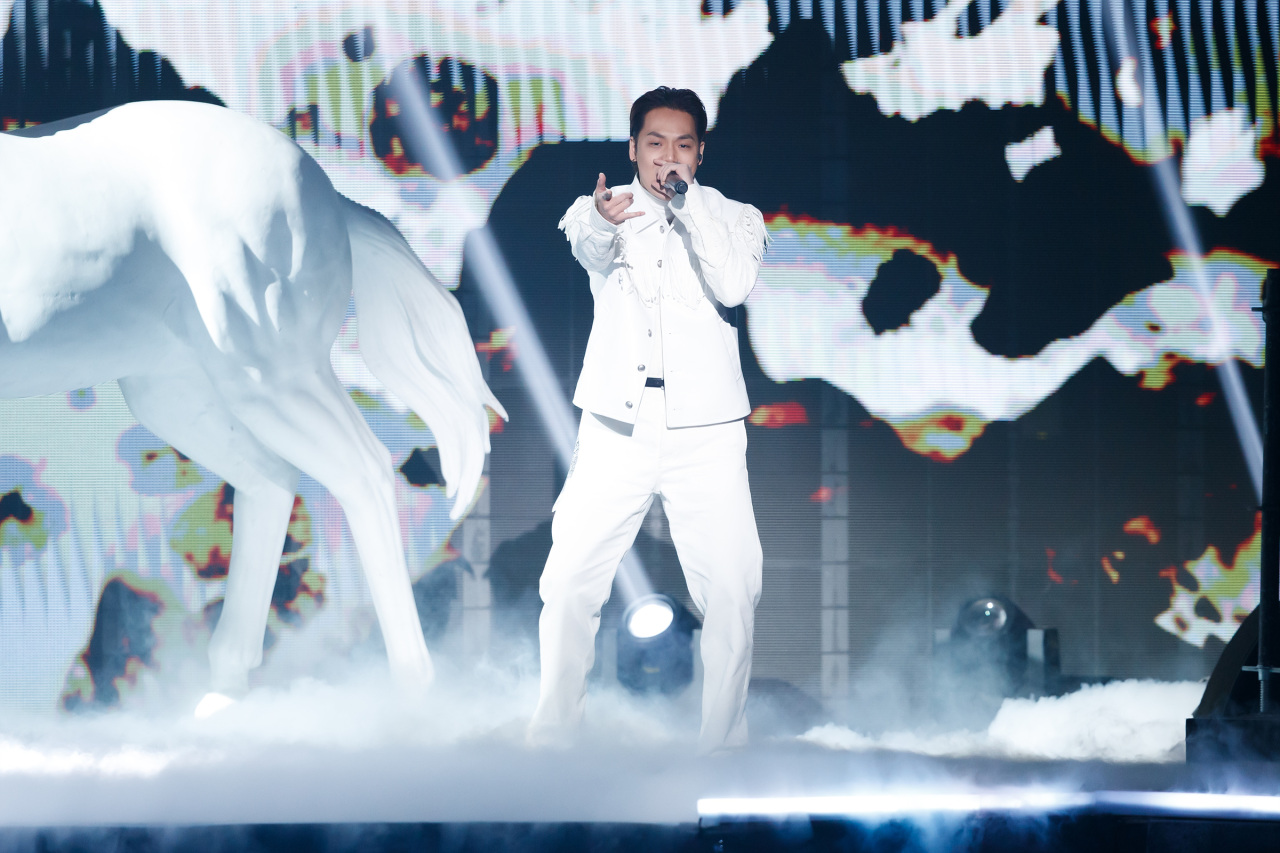 Rapper Jo Gwangil performs during the final round of Mnet’s “Show Me The Money 10.” (Courtesy of Mnet’s “Show Me The Money 10”)
The rapper then got into the second round, where he had to rap for a minute in front of four producer groups. The 25-year-old showcased his song “Acrobat” and moved on to the preliminary round by getting three passes. Jo Gwangil went against A-Chess and passed on to the next level for the preliminary round, a one-on-one rap battle.

But the artist said that apart from advancing to the next round, he wanted to break the prejudice people had toward him and his rapping style.

“I knew there was much negativity because I was spotted being alone at the beginning of the show, making others think that I would give people the cold shoulder and have a dark personality. I think people judged me by watching video clips that only represent a sliver of myself and have never really seen my live performances,” he said.

Jo Gwangil is known for blazing-fast raps, but some viewed his chopper style as “old-fashioned,” saying that this technique is outdated and unsuited for the modern Korean hip-hop industry.

“I think the evil eye toward me gradually lifted as I was able to prove what I could do as a rapper in front of the producers and contestants,” he added. 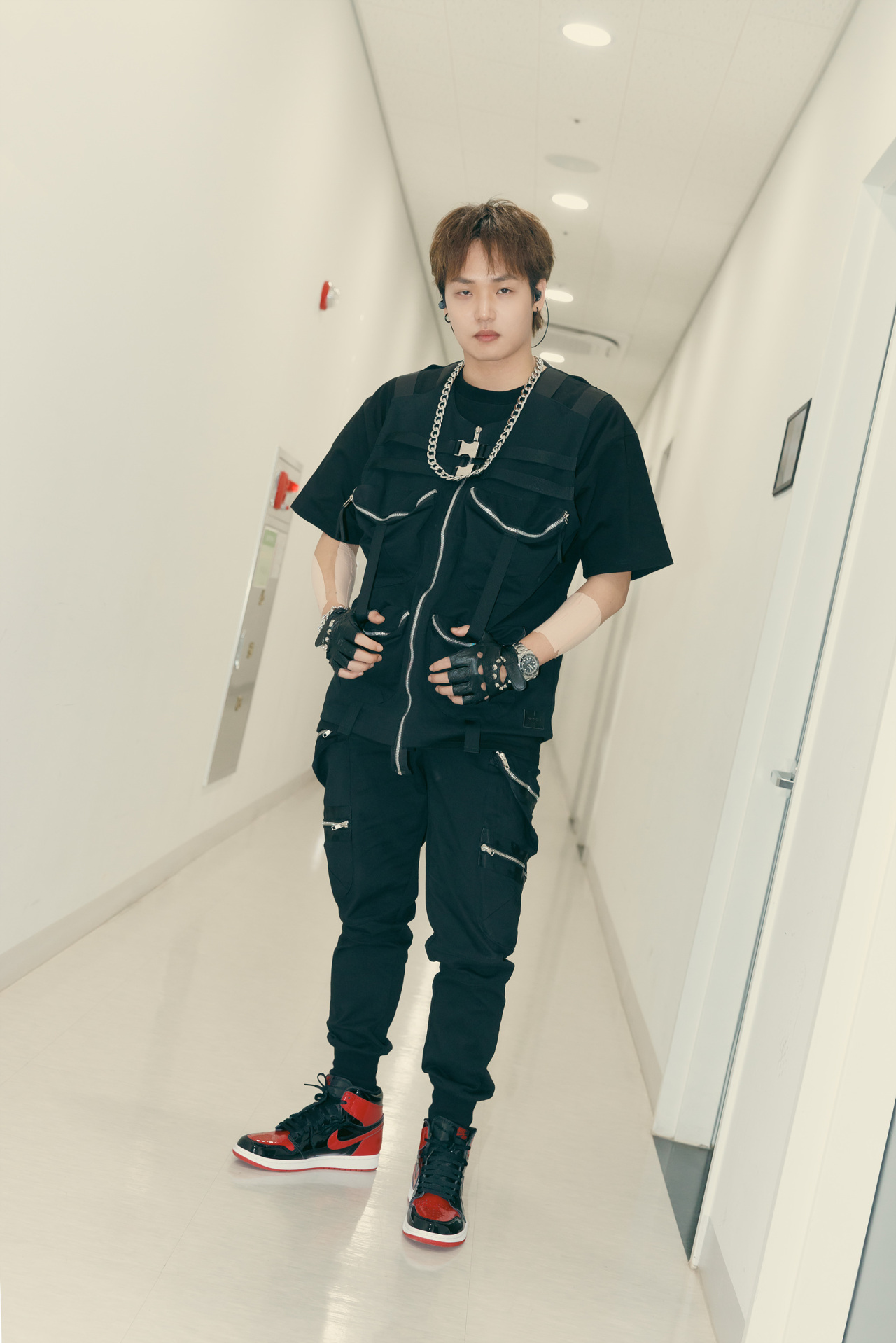 After passing the preliminary rounds, the participants join a “crew,” each led by a team of two producers, who are also judges. Jo Gwangil joined forces with team Coko, helmed by Gaeko of Dynamic Duo and Code Kunst.

Jo said the two producers gave him trust when asked about his decision. He added that the star-studded producers also helped him step out of the box, where he could branch out to different sides of him musically and show his brighter side.

And by combining his talent with the tracks made by the producers, the wunderkind delivered exceptional performances and took the final top spot.

Jo sang three songs en route to victory. He performed “Wake Up” with his crew members for Round Five, “Waterbomb” featuring rapper Nucksal and Gaeko during the semi-final and “Garion” for the final round.

Of the three performances, the rapper said “Wake Up” still remains in his memory. “I cherish all the performances I‘ve done, but ’Wake Up‘ was the first song that I performed as a group with my crew members, which made me feel less lonely. The process of making music as a team was a joy,” he said.

The 10th season saw the highest number of applicants ever, with 27,000 people applying for a spot. Speaking about how he grabbed the title, Jo Gwangil said he went the extra mile to achieve the milestone.

“My standard of making an effort is to keep on trying until I make it, relentlessly. I keep pushing the envelope to express certain emotions or a technique that I want to render,” Jo added.

The hip-hopper added that he solely focused on delivering his words and tunes and relished every performance.

The rapper echoed his stance that practice makes perfect, recalling how much effort he had poured into all of his performances. “I applied the same mindset to the program, so I kept on practicing until I was satisfied with the outcome,” he said.

When asked about where he plans to use his prize money worth 100 million won, the artist said he wants to use it with people who had helped him throughout his musical journey. The rapper also plans to offer help to those who need support. 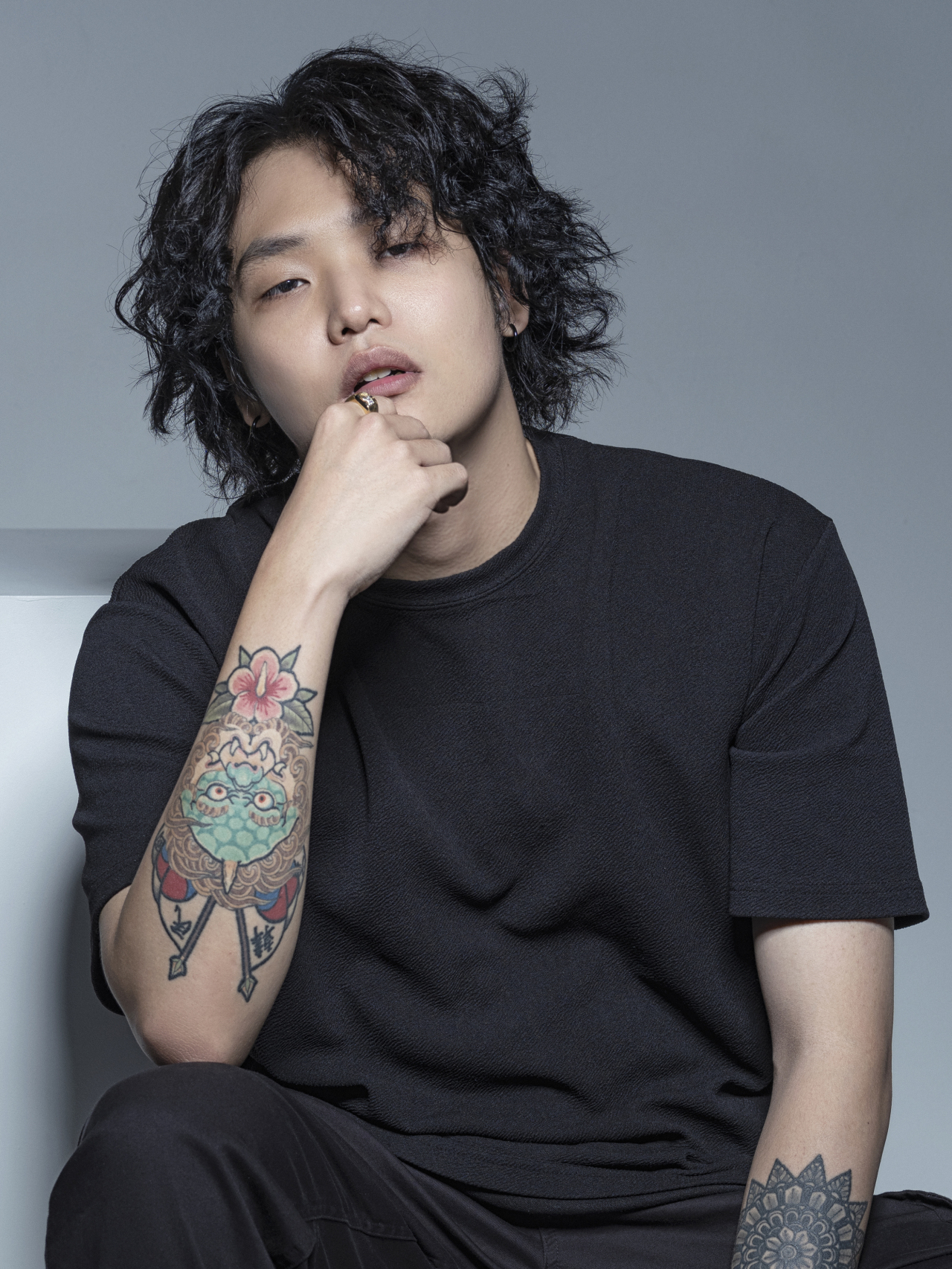 “Show Me The Money” discovered a gem and built the rapper into a star. But surprisingly, Jo Gwangil said music was something he had never dreamed of.

“I’ve always wanted to be a StarCraft gamer. I actually participated in some competitions. But the company suddenly halted its service, and my dreams went up in smoke,” he said. “I questioned myself about what I wanted to do, and the answer was music.”

Recalling how he unlocked his musical passion, the rapper said his eureka moment was when he realized he loved rapping with his friends at karaoke.

Jo Gwangil embarked on his musical journey in 2019 with his first digital single “Grow Back.” The rapper rose from the depths of the underground scene by releasing “Acrobat” and his first LP, “Dark Adaptation,” last year.

And now, in his third year, the rapper aims to stretch his skills even further by striving for more.

“I want to explore a variety of musical genres in the future, and the show played a big part in shifting my mind,” he said, speaking about his new musical endeavor.

The virtuoso has also set his heart on melding his stories and emotions in his songs, expressing hopes that his narrative would land well with listeners. “I think I come up with songs that are more ‘me’ when I blend in my honest thoughts, and music is a great tool that can convey stories,” Jo said.

“I want to say many things through music, but there‘s a time limit, so I end up rapping fast. But not all of my songs are tight. It just depends on what I want to say at that very moment,” the artist added.

The rapper went on to say that he‘s not much different when he unplugs from performing. “I‘m just ’me,‘ but I’m slow-moving when I‘m not on stage,” he said, comparing his personality to his fast rapping style.

In regards to music, the rapper said swearing is only a snippet of hip-hop, and is something that he wants to change. The musician said people tend to misunderstand the genre because rappers use harsh words to make a solid point. “I also highlight my feelings with curse words, but it’s a tool for me to be frank about how I feel,” he added.

Jo Gwangil also said he wants to let his music speak for itself.

“I‘ll be unveiling some of the songs and music projects I’ve been working on, and hopefully invite people to my concert.”