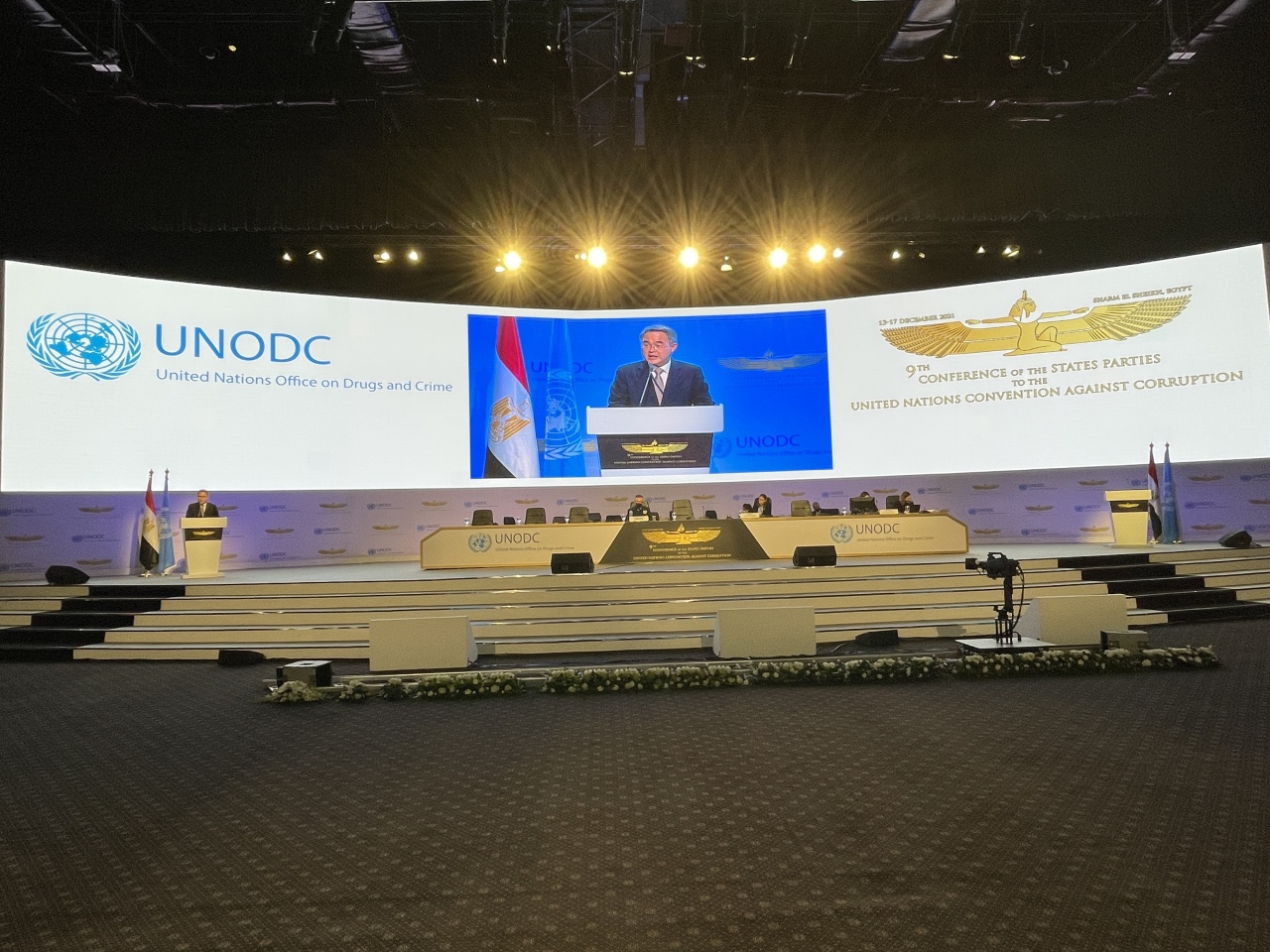 The IAP and other international organizations discussed ways to significantly reinforce international cooperation in the fight against corruption during the ninth session of the Conference of the States Parties to the UN Convention against Corruption.

IAP President Hwang Cheol-kyu, a South Korean chief prosecutor and head delegate, delivered a keynote speech in the general discussion and an opening address in a special event, “The Stolen Asset Recovery Initiative (StAR) Day.” StAR is the global initiative to recover and confiscate assets taken by corrupt officials and return them to their legitimate owners.

The IAP president also proposed specific plans to publish the “Practical Guidebook of Stolen Asset Recovery for Prosecutors” jointly driven by the United Nations Drug and Crime Office and the World Bank, and to hold webinars for experts and working groups to garner opinions on the matter.

The IAP also agreed to more closely collaborate with the International Bar Association delegation in responding to corruption.

Gary Balch, IAP general counsel and a deputy chief prosecutor of England and Wales’ Crown Prosecution Service, also attended the conference. Balch discussed ways to protect the independence of prosecutors in charge of anti-corruption cases and support prosecutors who are under attack or facing difficulties.

The Conference of the States Parties to the UN Convention Against Corruption is a biennial event that has been held since 2006 after the convention entered into force in 2005, and is attended by representatives of the members’ anti-corruption authorities and related international organizations.

The UN Convention Against Corruption is the only legally binding universal anti-corruption instrument and had been signed by 188 countries as of August.