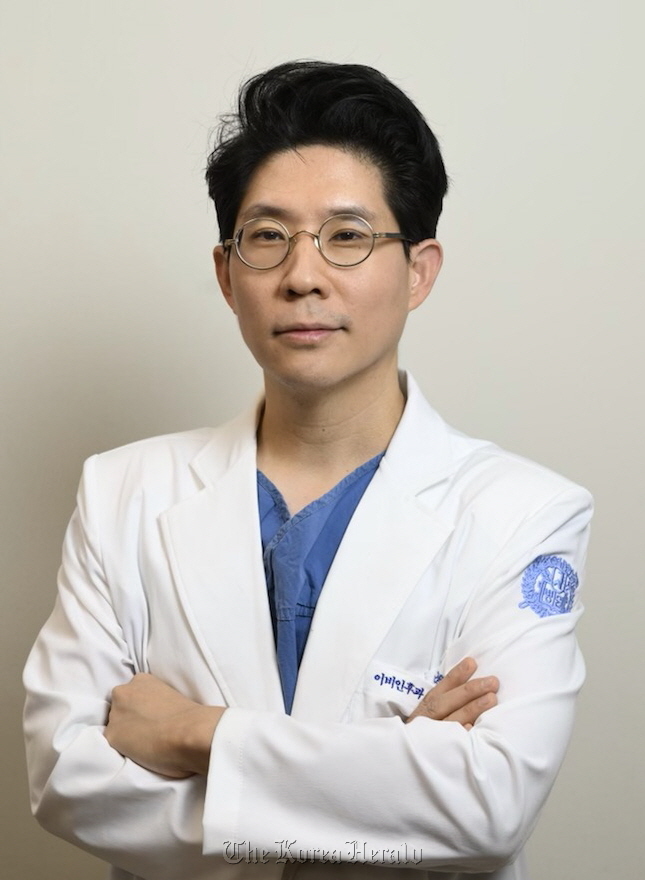 Cochlear implants, which remains the only way to restore hearing for people with severe to profound deafness, work by translating sound into electrical signals that can be registered by auditory nerves. The implant consists of external components worn outside, much like a hearing aid, and internal components surgically placed behind the ear.

One of the internal components is called the electrode array -- placed within the cochlea -- that allows the connection between the implant and the inner ear. Among the several types of electrode arrays, the modiolar electrode deserves attention because it is positioned closely to the modiolus, a cone-shaped central pillar of the cochlea, according to Choi.

“The physical dimensions of this cochlear implant electrode can be a major aspect in determining the outcome of the surgery,” he said.

Professor Choi and his team at Seoul National University Bundang Hospital, Gyeonggi Province, noted in a study published Oct. 20 in the journal the European Archives of Oto-Rhino-Laryngology that cochlear implantations with slim modiolar electrodes could yield better results than the conventional ones.

The study looked at 68 patients who had slim modiolar electrodes implanted in 2018-2019, 18 of whom were children under 18. All of the implantations were performed by a single surgeon.

A slim modiolar electrode, which has 60 percent less volume than the previous models, can be “less traumatic” as it is inserted into the cochlea, Choi said. Its thin profile helps protect and preserve the delicate structures of the inner ear, he explained, while at the same time achieving a tighter proximity to the modiolus.

He said previous studies have also shown residual hearing, or remaining natural hearing, to be preserved at a higher rate for those that use slim electrodes.

Slim modiolar electrodes can be implanted in patients with a wide spectrum of cases ranging from inner ear anomalies, tumors, ossification to revision surgeries, he said. An exception was made for a small subset of patients with challenging cases such as severe cochlear anomaly.

To date none of the 68 patients have reported facial nerve-twitching or spasms, a possible complication of cochlear implants, he added.

Cochlear implants are customized for each patient, with electrode settings attuned to attain optimal sound quality, in a process known as “mapping.” “Mapping is to cochlear implants what fitting is to hearing aids,” Choi explained.

In a related study published Nov. 23 on the Nature journal, Choi and co-author Dr. Sunwoo Woongsang of Gachon University Medical Center found that an earlier mapping within 24 hours of surgery rather than the standard protocol of a much longer wait resulted in a “significant decrease in impedance.”

“Reducing this impedance, or resistance to the electrode, is an important aspect of cochlear implant surgeries,” he said.

The findings of this study demonstrate that an early “switch-on” -- the first tuning of the cochlear implant -- of 24 hours may be more beneficial than the conventionally observed two months.

“Being able to switch on the implant earlier would mean fewer visits to the hospital, and reduced stress of having to wait weeks to find out how the implant is working,” he said.

Professor Choi is among the researchers who were first to discover a gene variant responsible for a rare type of hearing impairment known as auditory neuropathy spectrum disorder. This discovery was published in the journal Proceedings of the National Academy of Sciences on June 1.

Professor Choi is the director of the Research Planning Center of Seoul National University Hospital in Bundang and an associate editor of Clinical and Experimental Otorhinolaryngology.