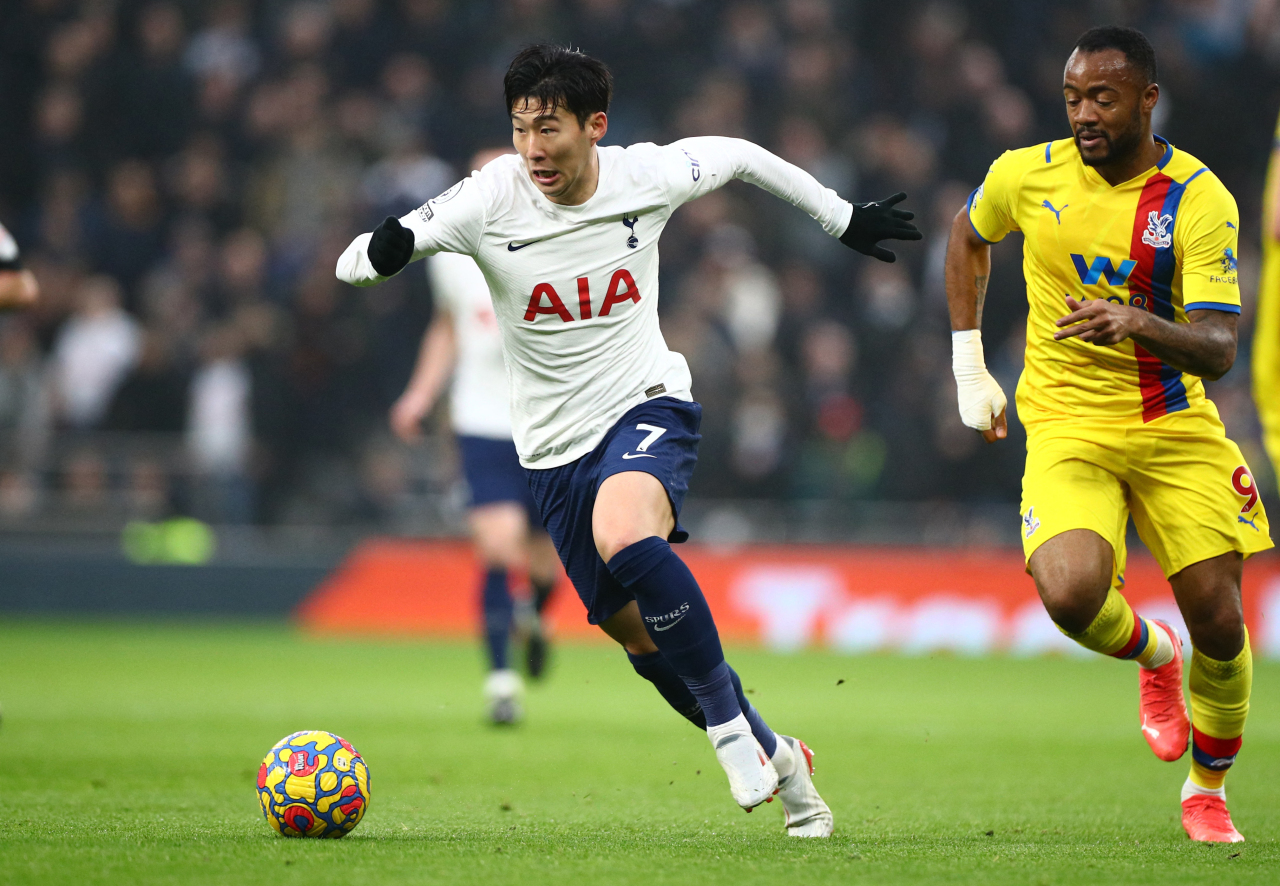 Son rounded out Tottenham's scoring in the 74th minute of their 3-0 victory over Crystal Palace at Tottenham Hotspur Stadium in London on Sunday (local time).

He has a team-leading eight goals this season in 16 matches in the league and nine goals in all competitions.

Tottenham have now gone a half-dozen games without a loss, posting four wins and two draws. They climbed to fifth place in the tables with 29 points. They are six points back of No. 4 Arsenal but have played three fewer matches than their North London rivals, 19 to 16.

Son and Spurs showed little mercy against undermanned Crystal Palace, with a few players sidelined due to the coronavirus. They outshot the visitors 17-4, including a 6-0 advantage in shots on target.

Son nearly opened the scoring less than three minutes in, as his left-footed shot from outside the box forced a diving save by goalkeeper Jack Butland.

Harry Kanes and Lucas Moura scored two minutes apart late in the first half to give Tottenham a 2-0 cushion entering the second half.

Crystal Palace went down a man in the 37th with Wilfried Zaha sent packing on a second yellow card.

Son got his moment to shine in the 74th by redirecting a cross from Moura with his left foot. Son barely avoided being offside, and the goal was confirmed following a video review.

Son is currently tied with two other players for fourth in the Premier League in goals.

He set a career high with 17 goals in 37 matches last season and is on pace to break that mark this season. (Yonhap)