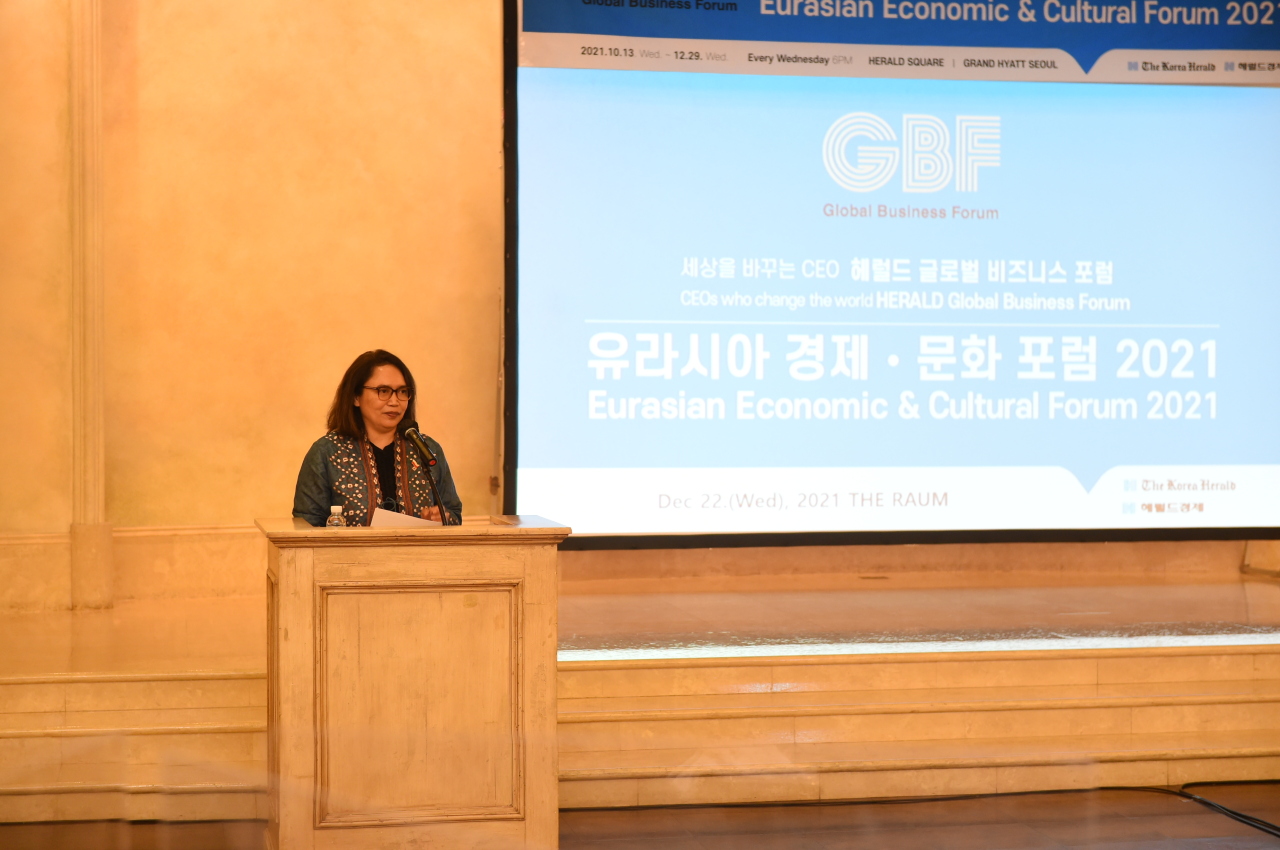 According to Kartika, by promoting strategic projects and investments in infrastructure, the food industry and the digital economy, and expanding market access through e-commerce, tourism and digital platforms, Indonesia and Korea could turn COVID-19 into beneficial economic collaboration.

Kartika said Indonesia and Korea established a comprehensive economic partnership agreement in 2021 on trade and investment and opened access to professional workers, human resources, technological innovation and the development of small and medium-sized enterprises to elevate economic ties.

The charge d’affaires emphasized South Korea has ranked as the sixth-largest foreign investor in Indonesia since 2017, and that can go increase via unexplored opportunities.

“Hyundai G80 electrified car has been announced as official car for G-20 Summit next year in Indonesia. Undeniably, a good collaboration is collaboration that benefits all,” she said, emphasizing Korean electric cars have found a strategic hub for its market in Southeast Asia and beyond.

Kartika explained the potential of the Indonesian economy, referring to the PwC projection of Indonesia as the world’s fourth-biggest economy by 2050, after China, India and the US.

The report from PwC, also known as PricewaterhouseCoopers, presents the latest long-term global growth projections to 2050 for the 32 largest economies in the world, accounting for around 85 percent of global gross domestic product.

According to Kartika, Indonesia is Southeast Asia’s No. 1 economy and is currently the 15th largest economy in the world. It envisions becoming the world’s fourth largest economy by 2045, with total population of 309 million -- 52 percent in productive age, 75 percent urban population and 8 percent middle class.

Kartika hoped the Indonesian economy would recover from COVID-19 in 2022, supported by rebounds in both domestic demand and global economic activity, quoting a central bank projection that Indonesia’s gross domestic product is to grow between 4.7 and 5.5 percent in 2022, observing a 3.2 to 4 percent forecast for 2021.

“This forecast is in line with the World Bank’s projection on Dec. 16 that Indonesia’s economy in 2021 is estimated to have expanded 3.7 percent and is forecast to accelerate to 5.2 percent in 2022,” she said.

According to Kartika, Indonesia is a key pillar in the Southeast Asian startup ecosystem due to its sheer size, economic power and young and heavily digitized population with 58 percent of gross domestic product driven by household consumption.

Kartika said millennial startups, micro, small and medium-sized enterprises would be the backbone of Indonesia’s economic rebound, underlining the huge size of the Indonesian internet economy,

While Indonesia has a vast market with young demographics, talented and skilled human resources and endless natural resources, Korea has technological capabilities and capital, with an important strategic relationship and partners in the United Nations, G-20, ASEAN Plus, APEC and MIKTA, among others. With approximately 34,000 Indonesians in South Korea, and more than 40,000 Koreans in Indonesia, Kartika urged moving forward toward shared prosperity, common goals and interest.

She said that Bali and Batam are open for international flights and tourism, and based on new regulations for travelers to Bali, only citizens of 19 countries are allowed to enter Indonesia on tourist or limited stay visas.

“Good news is citizens of Korea are included on the list. I suggest you to immediately book tickets to Bali before it runs out,” she said, inviting Koreans to the “10 New Balis.”

She invited Korean investors to the Indonesian Embassy in Seoul to facilitate and follow up on economic and tourism initiatives.