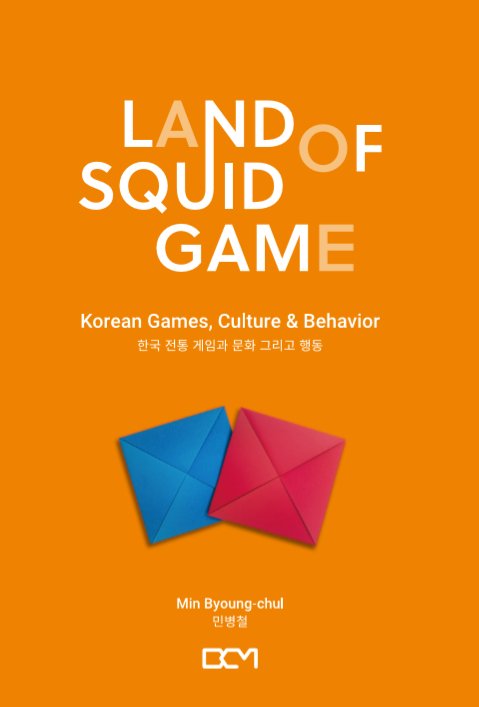 
For many global audiences, 2021 may have been a year of discovering Korea. From Netflix’s megahit “Squid Game” to the mighty BTS, Korean cultural products have expanded their reach across the globe.

Min Byoung-chul’s new book, “Land of Squid Game,” arrives at this opportune time when there appears to be growing genuine curiosity about South Korea, a country until not so long ago only mentioned in the world news section in connection with its neighbor to the north.

An endowed chair professor at Chung-Ang University in Seoul widely known for his practical English education, Min has written before with an aim of bridging Korea and the world, trying to introduce his home country to foreigners and vice versa. The latest book is a continuation of this effort.

“Korean culture is both diverse and dynamic, placing importance on family-oriented mindsets such as respect for the elderly, different honorifics per situation, and subtle social cues,” he writes in the latest book.

”Land of Squid Game,” as the title suggests, borrows some elements from the hit Netflix drama.

The first of the book’s three sections is dedicated to traditional Korean games and related cultural attributes, like” gganbu,” the red light, green light game as shown in “Squid Game,” as well as other games that many Koreans grew up playing such as chicken fight and piling, or malddukbakgi.
The topic then moves to everyday culture in the second section, where the author tries to give a cultural context to why Koreans do certain things, like eating seaweed soup on birthdays or asking a person’s age before starting a conversation.

On why rolls of toilet paper or laundry detergent are the most common housewarming party gifts in Korea, his explanation goes: “The meaning behind giving toilet paper is that the giver is wishing the recipient continued success and good health, just as easily as the paper unravels from the roll. (…) The meaning behind giving detergent is the bubbles from the detergent symbolize prosperity, wealth and stability.”

The last section has a lighter tone, covering “interesting yet humorous facts about K-land.”

They include why some Korean buildings are missing the fourth floor, why Koreans don’t write their names in red and why some Korean women call their significant other “brother,” or “oppa.”

“Land of Squid Game” could be a good textbook for those learning either Korean or English, as it is written in dual languages, accompanied by simple, but useful, illustrations.

It also contains detachable ddakji that readers can use to play the ddakji flip game, as shown in “Squid Game.”

It is available at local bookstores as well as via Amazon.