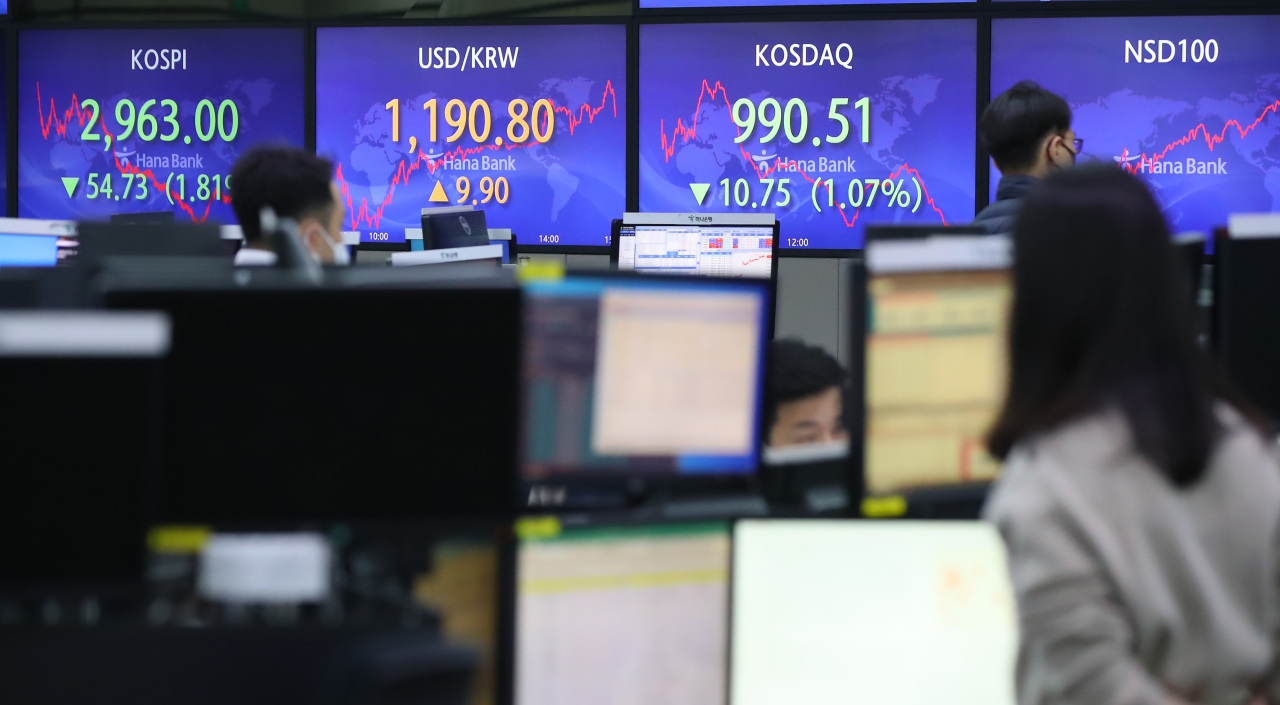 After a weak start, the KOSPI increasingly extended its losses in tandem with plunges in the Asian markets.

Concerns about the highly contagious omicron variant of the new coronavirus worsened investor sentiment in South Korea, Japan, China and other Asian regions.

South Korea reported fewer than 6,000 new coronavirus cases for the first time in six days Monday due partly to less testing over the weekend, but the number of new critically ill patients was at almost 1,000. The country has toughened social distancing measures, starting last weekend.

"The impact of the omicron variant seems to have increased (today), compared to the beginning of this month," said Shinhan Investment analyst Choi Yoo-joon.

"Investors seem to be worried over the omicron variant, which might hamper the economic recovery," he added.

The local currency closed at 1,190.8 won against the US dollar, down 9.9 won from the previous session's close. (Yonhap)