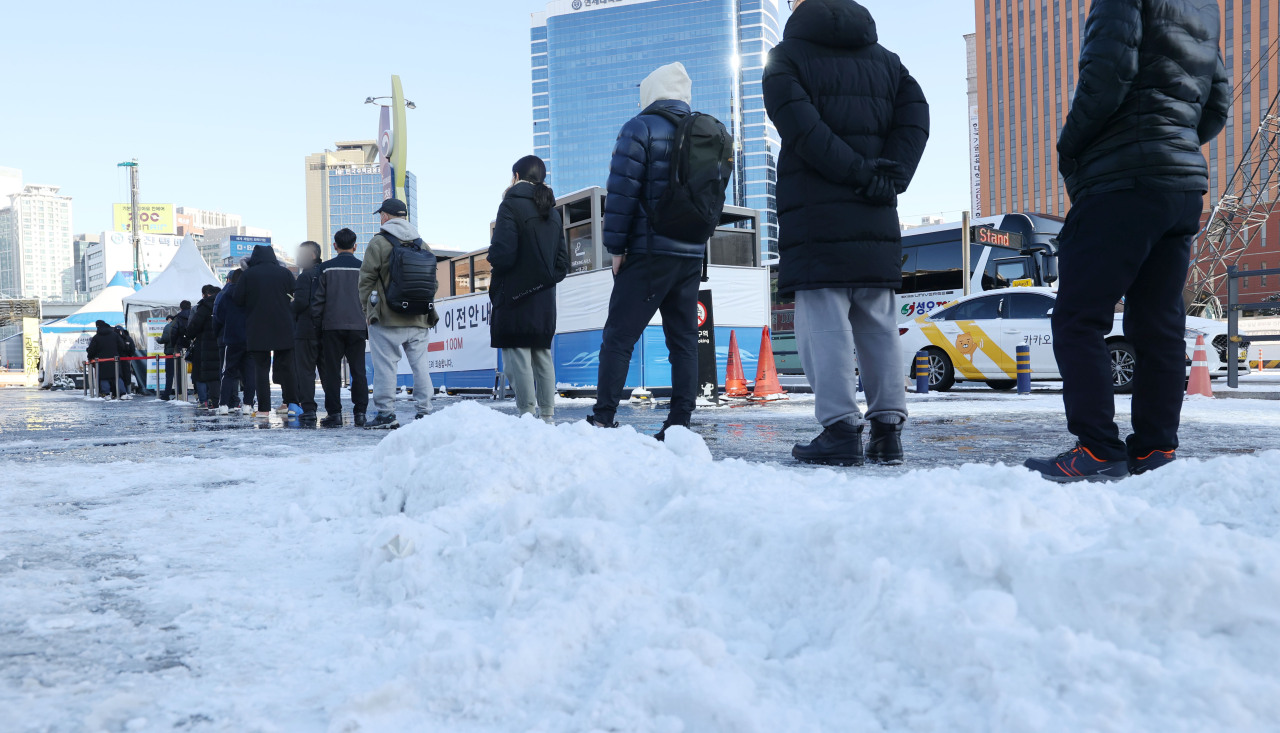 The number of critical COVID-19 cases reached 1,025 as of midnight Saturday, surpassing the previous high of 1,000 reported just the previous day, according to the Korea Disease Control and Prevention Agency.

The number of hospital beds for COVID-19 patients is nearing capacity, with 79.1 percent of 1,337 spaces set aside now occupied, leaving only 279 beds available for critically ill patients nationwide.

Saturday’s tally of confirmed COVID-19 cases reached 6,236, falling below 7,000 for the first time in five days.

The reduced infection numbers were, however, largely as fewer people were being tested over the weekend. The number of people who were tested on Saturday was 187,930, down from 281,607 on Friday.

Cluster infections have continued in and around Seoul as well. Of 6,236 new COVID-19 cases, Seoul and Gyeonggi Province reported 4,523 cases, accounting for 73.3 percent.

South Korea added 78 more deaths from COVID-19 as of midnight Saturday, bringing the total to 4,722 and the fatality rate to 0.84 percent.

Meanwhile, the government’s reintroduction of social distancing rules and dining curfews became effective Saturday, and are to run through Jan. 2.

Under the newly introduced measures, the government now limits private gatherings to four people nationwide. A 9 p.m. or 10 p.m. curfew is currently applied to businesses, including restaurants, cafes and movie theaters.

To date, a total of 42 million people, or 84.7 percent of the country’s population of 52 million, have received two doses of a COVID-19 vaccine. Those having received their third shots reached 11.5 million, accounting for 22.5 percent of the total population.