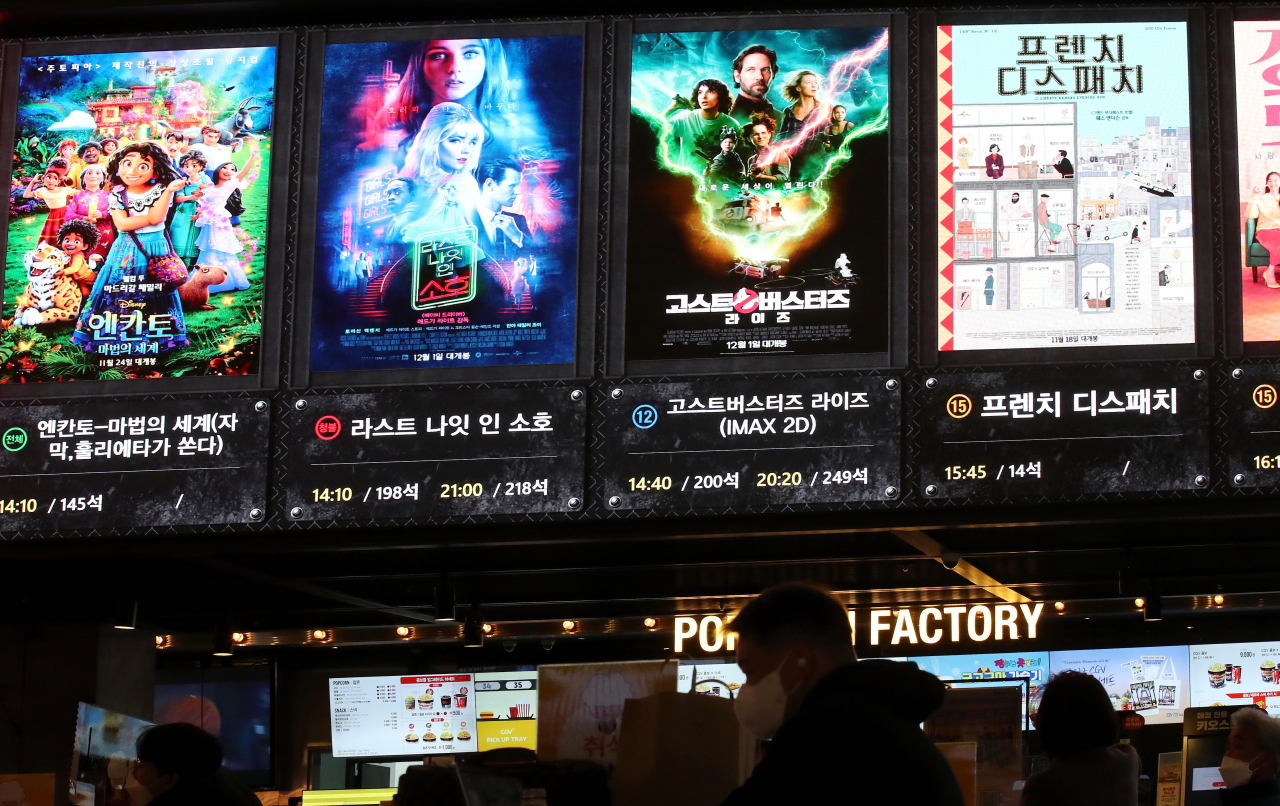 Film posters are shown at a cinema located in Seoul, on Dec. 5. (Yonhap)
As strengthened COVID-19 measures prevent movie theaters from screening after 10 p.m. starting Saturday, the film industry has strongly opposed the move.

Five relevant organizations, including the Producers Guild of Korea and Directors Guild of Korea’s board of directors, issued a joint emergency statement Thursday stating that although they support the government’s revised measures, the industry strongly requests reconsideration of the operating hours for theaters.

Under the new curfew, the industry foresees a substantial decrease in the number of moviegoers who prefer visiting theaters in the evenings.

The joint statement notes that the amount of damage to the film industry has snowballed in the nearly two years of the pandemic, saying, “The number of visitors plummeted from nearly 230 million in 2019 to 60 million last year, and is expected to be similar this year.”

No proper compensation has been offered, despite the growing losses, according to the statement.

“Movie theaters are relatively safe spaces since all moviegoers are required to wear masks at all times, while sitting apart between seats.”

The industry claims that to ensure a safe viewing environment, theaters have applied measures that are much stronger than the government’s guidelines.

“Maintaining the current operating hours of theaters is a minimum requirement for the survival of the film industry,” the statement declared.