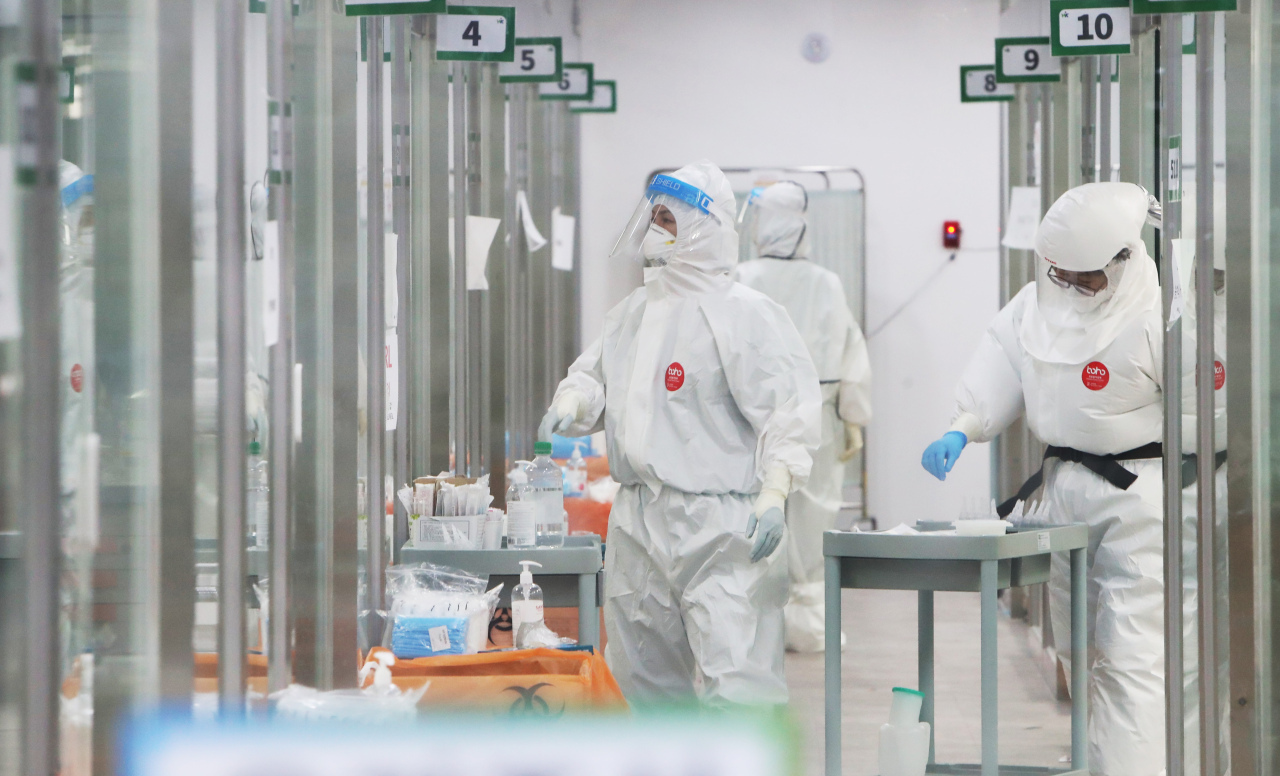 Medical workers attend to their jobs in the ICU at Osan Hankook Hospital in Osan, Gyeonggi Province, on Wednesday.
South Korea's domestic demand is feared to lose steam amid the latest upsurge in COVID-19 cases and tighter antivirus measures, the finance ministry said Friday.

"The country's exports remain robust and the job market has extended its recovery, but the latest spike in COVID-19 patients and stricter quarantine measures are feared to affect domestic demand, including in-person service segments," the report showed.

The South Korean economy faces growing downside risks from the latest upsurge in virus cases and the spread of the omicron variant.

The country's daily virus cases and critically ill patients broke records this month after it relaxed virus curbs in November under the "living with COVID-19" scheme meant to gradually return to normal life.

To contain the spread of the virus, the government announced it will reduce the maximum size of private gatherings to four people nationwide and restore a 9 p.m. curfew on restaurant and cafe business hours. The measures will be in effect from Saturday until Jan. 2.

Private spending has improved as people have increased activity amid the vaccine rollout and the economic recovery.

In the third quarter, private spending fell 0.2 percent from three months earlier, compared with a 3.6 percent on-quarter gain in the second quarter, according to central bank data. Retail sales, a gauge of consumer spending, rose 0.2 percent on-month in October, extending their gains to the second straight month.