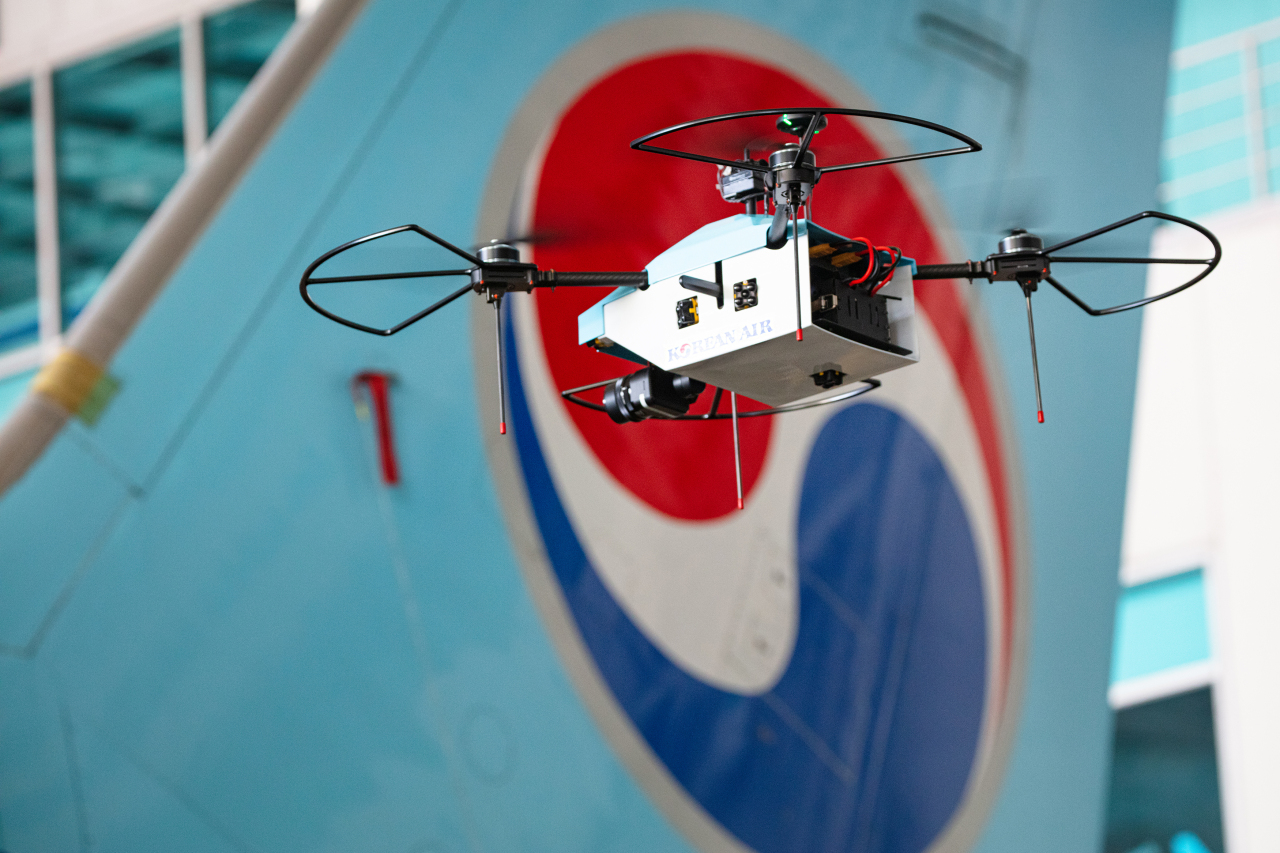 Korean Air said Thursday that it has developed drones for airplane inspection.

At an airship hangar located in Gangseo-gu, eastern Seoul, Korean Air demonstrated a group of drones inspecting a Boeing 737 aircraft in front of officials from the Ministry of Land and Transportation. 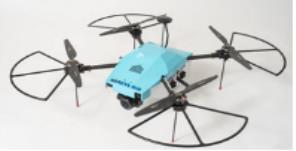 The drone used in the demonstration weighs only 5.5 kilograms and is relatively small in size, with the width and length both coming in at 1 meter.

Four drones move in groups when they inspect an airplane, sharing data between them. Each drone has its designated area of inspection, but when one of the drones malfunctions, the others can take over the role. The drones are also programmed to avoid collision with other facilities, safely able to set up their aviation routes based on Geofence technology.

Previously, detecting the damage and corrosion of airplanes was entirely done by human inspectors. To check the upper portions of the airplane, inspectors are lifted about 30 meters above the ground by a crane, which is not only dangerous but reduces the precision of the inspection. 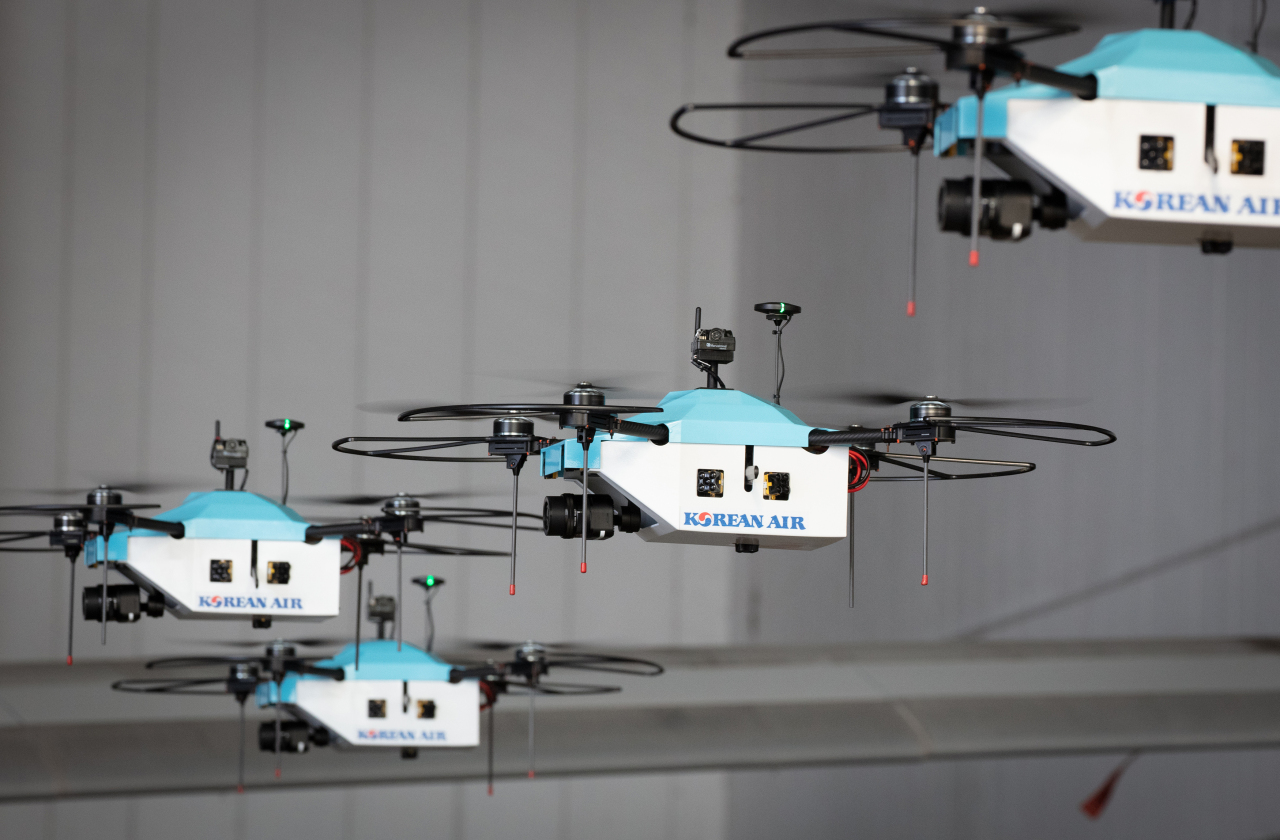 To resolve such safety concerns and enhance swiftness of the inspection, Korean Air developed a new system using a group of drones.

The drones are expected to reduce the time needed for an airplane inspection by more than 60 percent. It takes approximately 10 hours for a human to inspect an airplane while only four hours is needed for drones to do the job. The high-tech cameras attached to the drones can even detect damage the size of 1 millimeter to the plane. 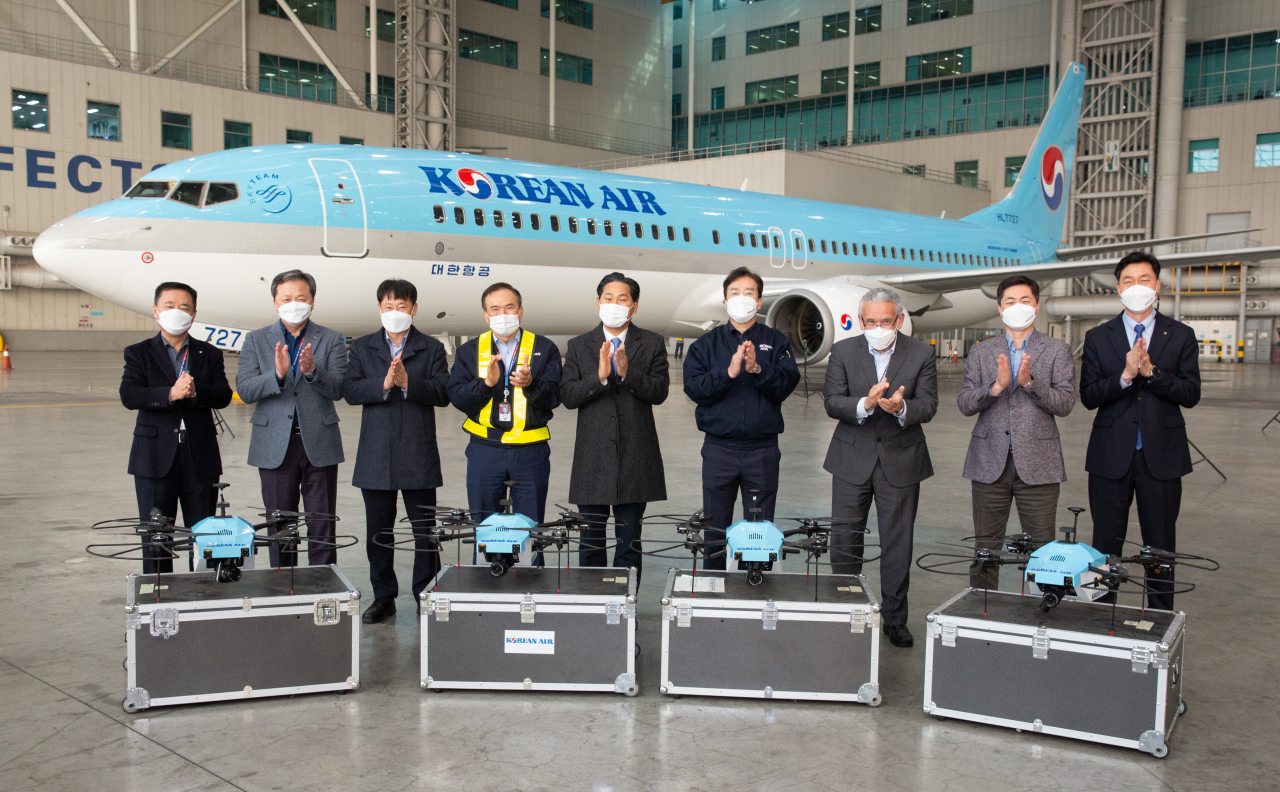 The data of the plane inspection is automatically saved to the drones and shared with mechanics for further analysis. To enhance the stability of the drone inspection, Korean Air established safety regulations under the Aviation Safety Act that obligate drone technicians and safety guards to be present during the airplane inspection.

“We are planning to conduct more demonstrations and improve the safety and acuteness of the drones. The drones will inspect the Korean Air airplanes from next year,” said an official from Korean Air.