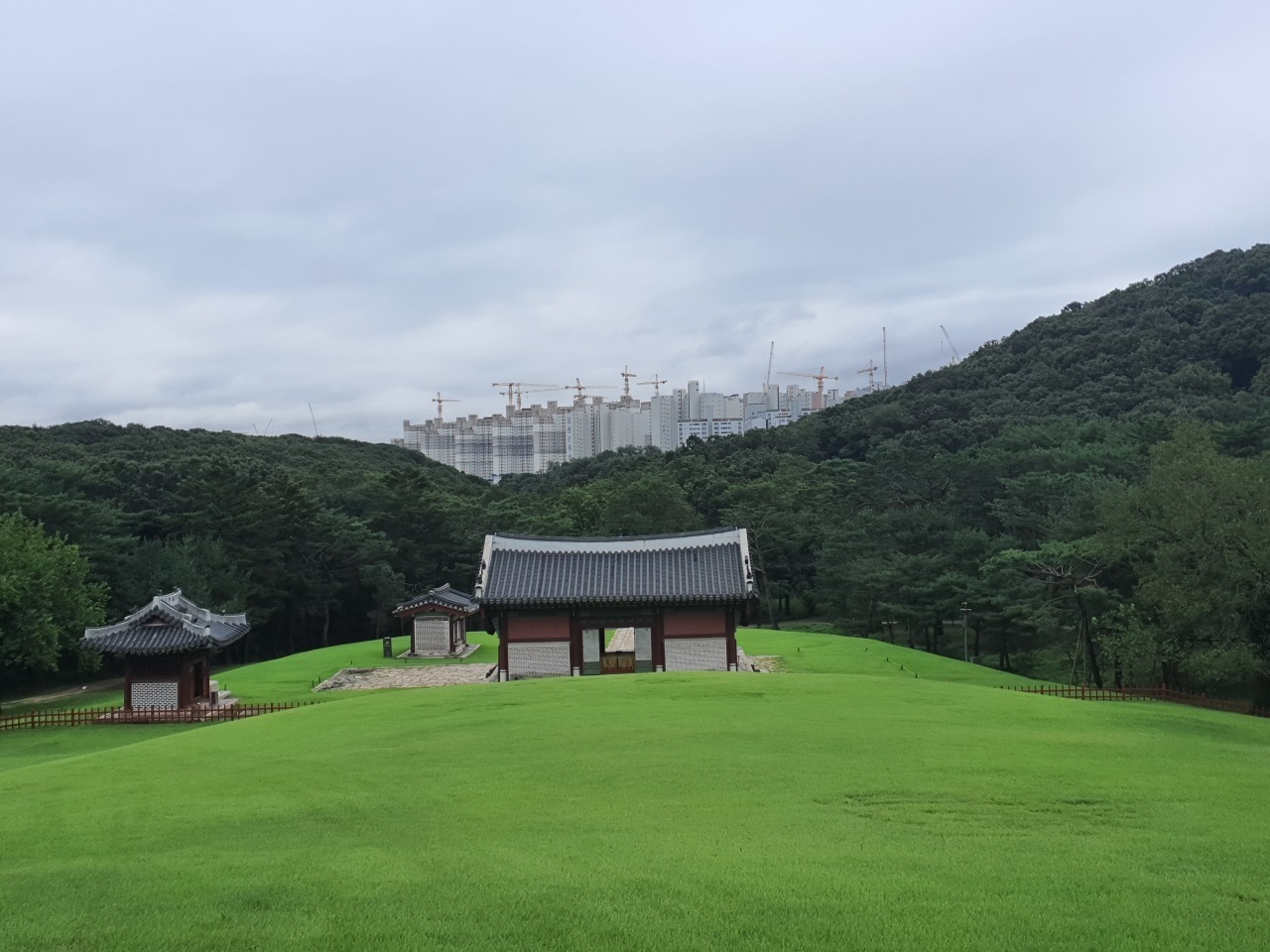 On Dec. 10, a Seoul court ruled in favor of the construction companies who were fighting the Cultural Heritage Administration’s order to suspend construction. The state agency then appealed the ruling.

If the CHA again appeals the court’s decision, the Supreme Court will decide the issue.

Meanwhile, a prospective residents’ committee on Thursday announced they were preparing to press charges against Kim Hyun-mo, current head of the CHA, and Kim Jong-jin and Chung Jae-suk -- other former heads -- for dereliction of duty on Friday.

The controversy was brought to light in May, when the CHA found that three construction companies -- Daebang, Daekwang and Kumsung BaekJoe -- had been building high-rise apartments near the tomb in Geomdan, Incheon, since 2019 without obtaining permission.

The current debate focuses on the period of the permission.

The construction companies argue they received permission from the city in 2014, before the law revision.

The parents of King Injo, the 16th ruler of the Joseon era, are buried at Jangneung. The tomb was designated a UNESCO World Heritage Site in 2009.