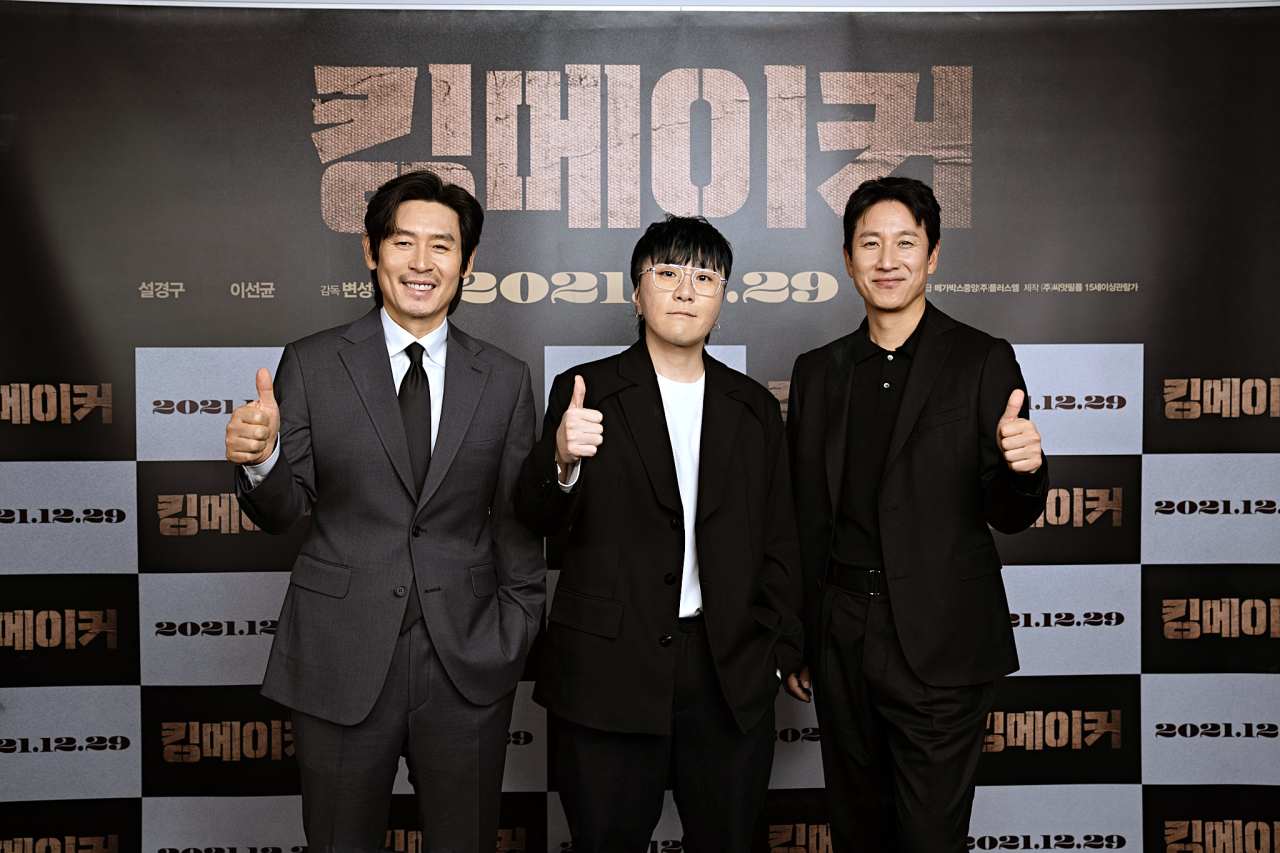 From left: Actor Seol Kyung-gu, director Byun Sung-hyun and actor Lee Sun-kyun pose for photos during a press conference for “Kingmaker” at Megabox Coex in southern Seoul, Monday. (Megabox Plus M)
While the South Korean presidential election is less than three months away, the fact-based political drama “Kingmaker” aims to raise a question about using unjust means to achieve a goal.

Set in the 1960s-70s, “Kingmaker” revolves around an opposition party politician who dreams of becoming president and his excellent strategist. It was motivated by mysterious election strategist Eom Chang-rok, who worked for former President Kim Dae-jung, who became president in 1998 in the culmination of a decadeslong political career.

“I was curious about the man who was described with only a few lines in Kim‘s autobiography. Passed down orally with not much written data regarding the strategist, it was a great source to exercise my cinematic imagination,” Byun Sung-hyun, the director of the movie, said during a press conference held at Megabox Coex in southern Seoul, Monday.

“Rather than shedding new light on political situations of the past, I wanted to ask the audience whether any unjust methods can be justified to achieve one’s goal if the person believes it is desirable. If so, where would be the permissible range? I think the ethical dilemma also matters nowadays.”

Byun, whose 2017 film “The Merciless” was invited for a midnight screening at the 2017 Cannes Film Festival, Oscar-winning film “Parasite” star Lee Sun-kyun and recipient of the award for best actor at the 41st Korean Film Critics Association Awards Seol Kyung-gu teamed up for the upcoming film. The cast also includes Yoo Jae-myung, Jo Woo-jin and Kim Sung-oh. 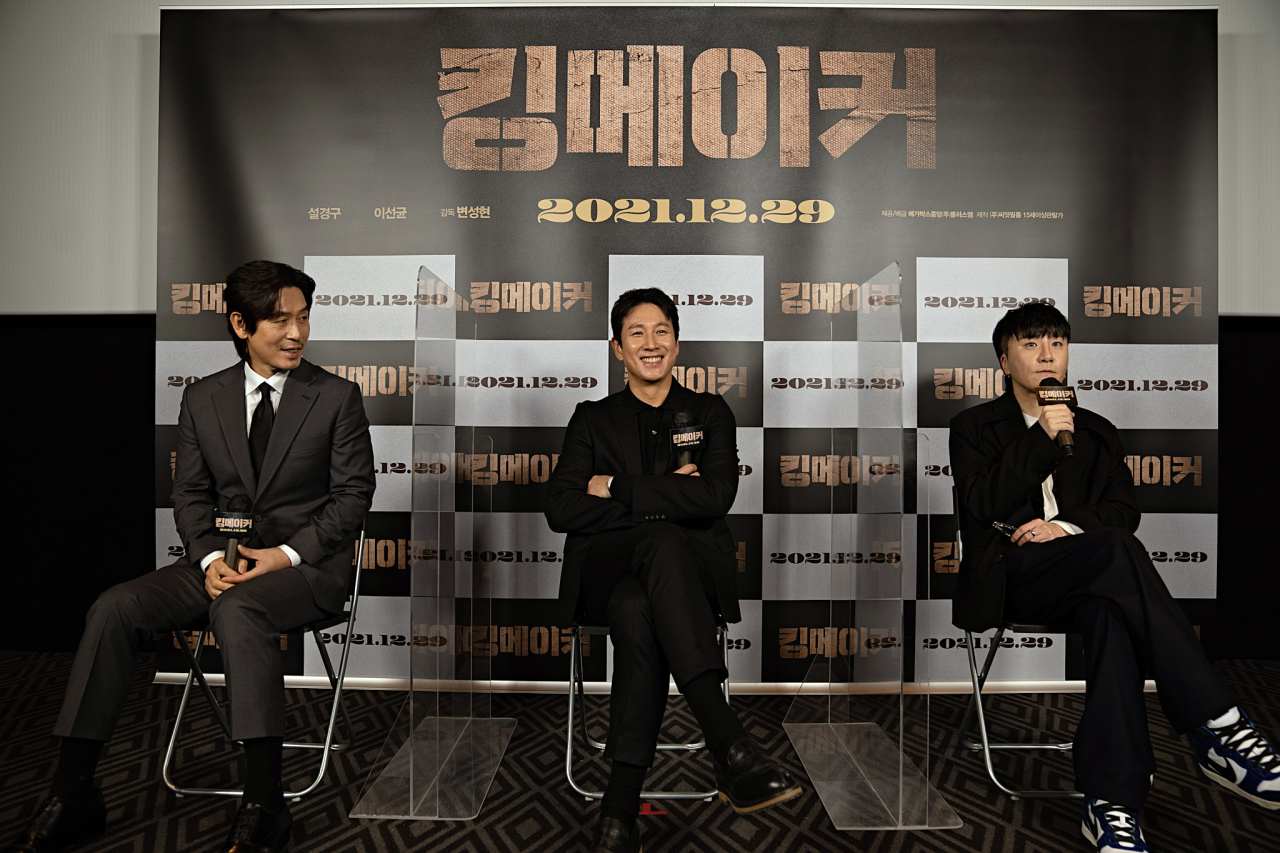 From left: Actor Seol Kyung-gu, director Byun Sung-hyun and actor Lee Sun-kyun talk about the upcoming film “Kingmaker” during a press conference at Megabox Coex in southern Seoul, Monday. (Megabox Plus M)
Seol, who has united with Byun after “The Merciless,” said his strong faith in the director led him to join the project. The veteran actor, however, found much difficulty in playing the role of politician Kim Woon-beom, he said.

“Since the movie features a political story, it was burdensome. ... Although my character was motivated by an ex-president, I couldn’t imitate such a great figure. I didn‘t know how to adjust the tone and manner of Woon-beom. I wasn’t sure about looking for a middle point between the actual ex-president’s character and Woon-beom,” Seol said.

Star of the Oscar-winning “Parasite,” Lee, who plays “kingmaker” Seo Chang-dae, said that he was over the moon when he received the offer from Byun because he was a big fan of both the director and Seol. He had to really tap his imagination for the mysterious role, according to the actor.

“I think the movie is about how the relationship between Woon-beom and Chang-dae gets to change as time goes on,” Lee said. “There was not much information to refer to expressing Chang-dae’s character. I placed great emphasis on the character’s justification of why he can’t come to the center and remains like the shadow of Woon-beom.”

“Kingmaker” finished filming in 2019 but has since been shelved due to the COVID-19 pandemic. The political movie will hit local theaters on Dec. 29.