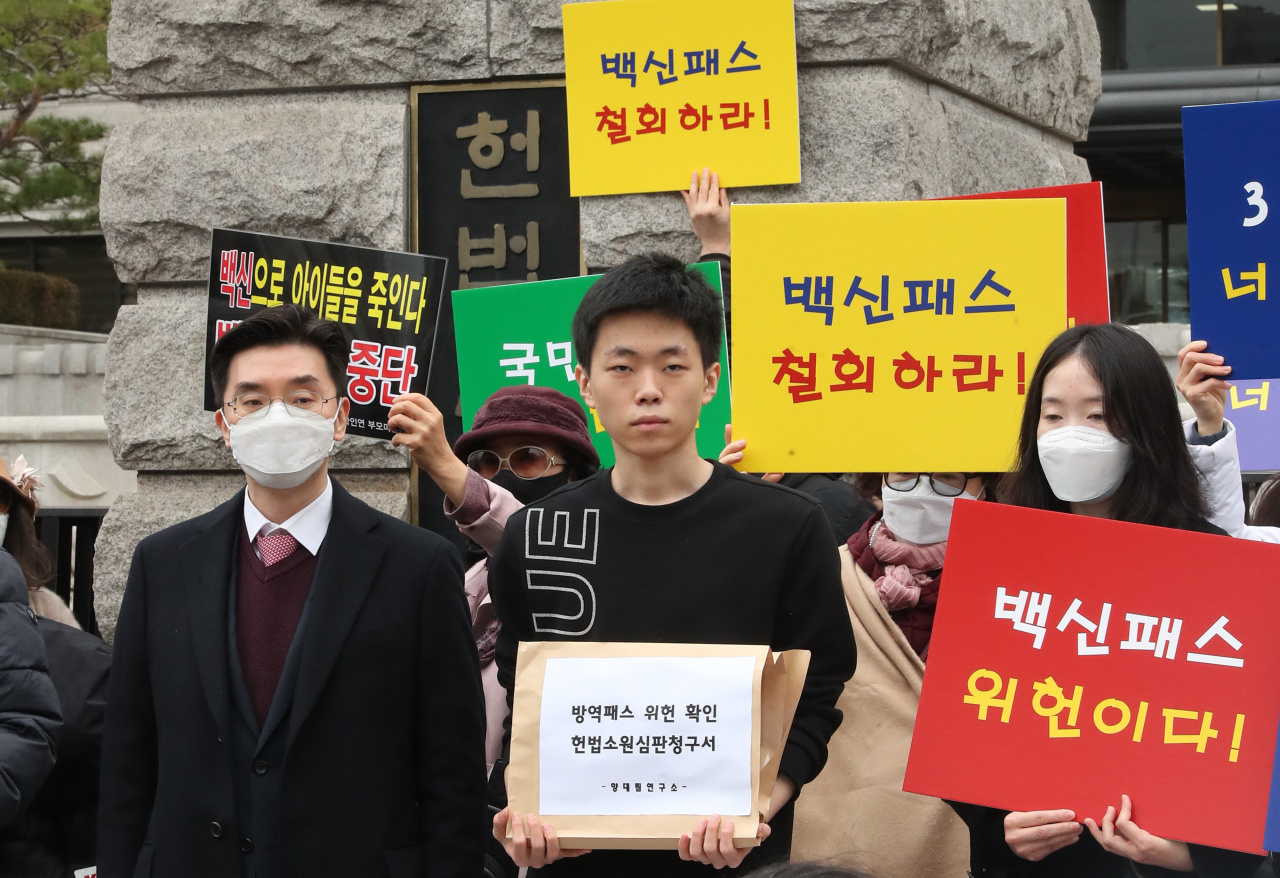 Starting February, the government plans to require not only adults but also children aged 12 to 18 to present COVID-19 vaccination or negative test certificates at multiuse facilities, including public study rooms and cram schools.

The plan was announced last week along with toughened gathering restrictions amid the latest virus resurgence and a pileup of student infections. But it sparked strong backlash from students and parents arguing the measure amounts to forcing vaccination upon minors.

On Friday, Yang Dae-rim, the 18-year-old high school student, filed a petition signed by 453 people with the Constitutional Court, claiming that the measure runs counter to the Constitution.

"Although I should be studying hard in school as a high school senior, I came to this place over frustrations by the unfairness of the government's vaccine pass scheme," Yang said during a press conference in front of the court.

Yang and fellow petitioners plan to file a separate injunction request against the vaccine pass system with the court as early as next week.

They also plan to submit a legal complaint against top government officials, including President Moon Jae-in, with the prosecution over alleged power abuse charges next month.

A separate petition against the youth vaccine pass by a parents group was also submitted to the court earlier in the day.

Amid growing voices opposing the student vaccine pass scheme, a civic group focused on youth policy, however, argued that the plan was an "unavoidable measure" aimed at protecting students' lives.

"The learning rights of students cannot take priority over measures to protect the youth," the People's Solidarity for Korea Youth Policy said in a statement. (Yonhap)