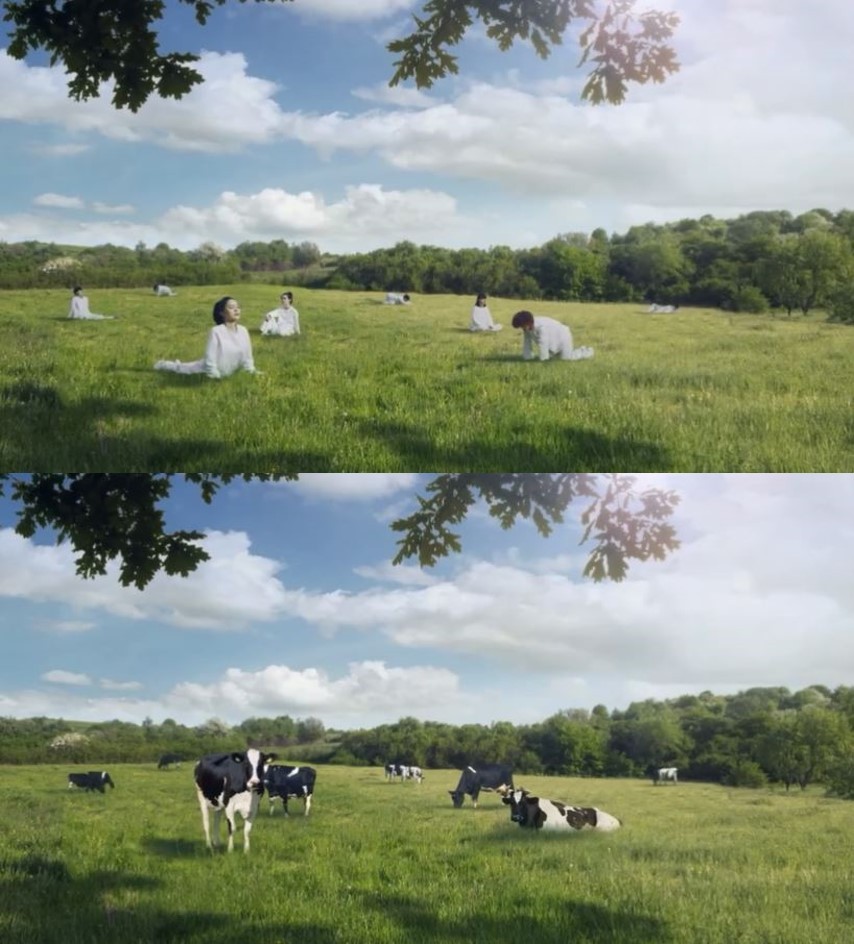 Eight people in white clothes relax on the green in an advertisement video promoting organic milk from Seoul Dairy Cooperative. The scene later switches into eight cows lying down on grass. (Screen capture)
Korea’s No. 1 milk producer by market share, Seoul Dairy Cooperative is under fire for objectifying women and portraying voyeurism in its latest video advertisement for its organic milk products.

The 52-second video shows people, most of whom are presumably women, dressed in white drinking water from a stream and relaxing in a green meadow somewhere in Gangwon Province.

In the next scene, a man quietly approaches with a video camera from the cover of trees. He steps on a branch and startles the group. The scene quickly switches to the same green pasture, now with cows where the people were.

The video was uploaded on the firm’s official YouTube channel on Nov. 29. It quickly went viral, with online commenters criticizing the scenes as promoting the illegal filming of women, objectifying them and comparing women to animals.

“Humans shall never be described as cattle and spycamming can never be used as advertisement material. I’ve realized how much gender-insensitive the company is this year.”

Seoul Milk is the flagship brand of milk sold by Seoul Dairy Cooperative. 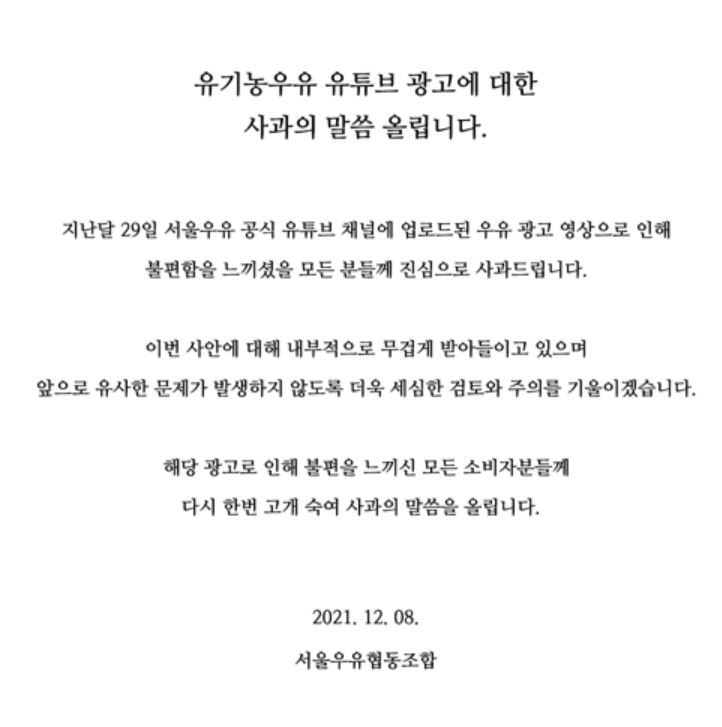 An official apology is posted from Seoul Dairy Cooperative. (Screen capture)
Amid growing backlash, the milk brand took down the video and apologized on its official website Wednesday.

“We sincerely apologize to everyone who felt uncomfortable because of our YouTube advertisement. We are accepting this matter with a heavy heart and will internally review and take extra care to prevent similar incidents from happening in the future,” the statement read.

Seoul Dairy Cooperative declined to comment on the agency that directed the footage.

An official from the co-op also explained that a majority, or six among eight people, featured in the problematic scene were actually men and not women.

This is not the first time the milk maker has come under fire for misogynistic marketing.

In 2003, the company had stark-naked female models scrape yogurt off each other’s bodies on stage at an event to promote the launch of their new yogurt products. Seoul Dairy Cooperative’s marketing manager, the public relations agency head, the director of the event and the models were all fined for obscenity.