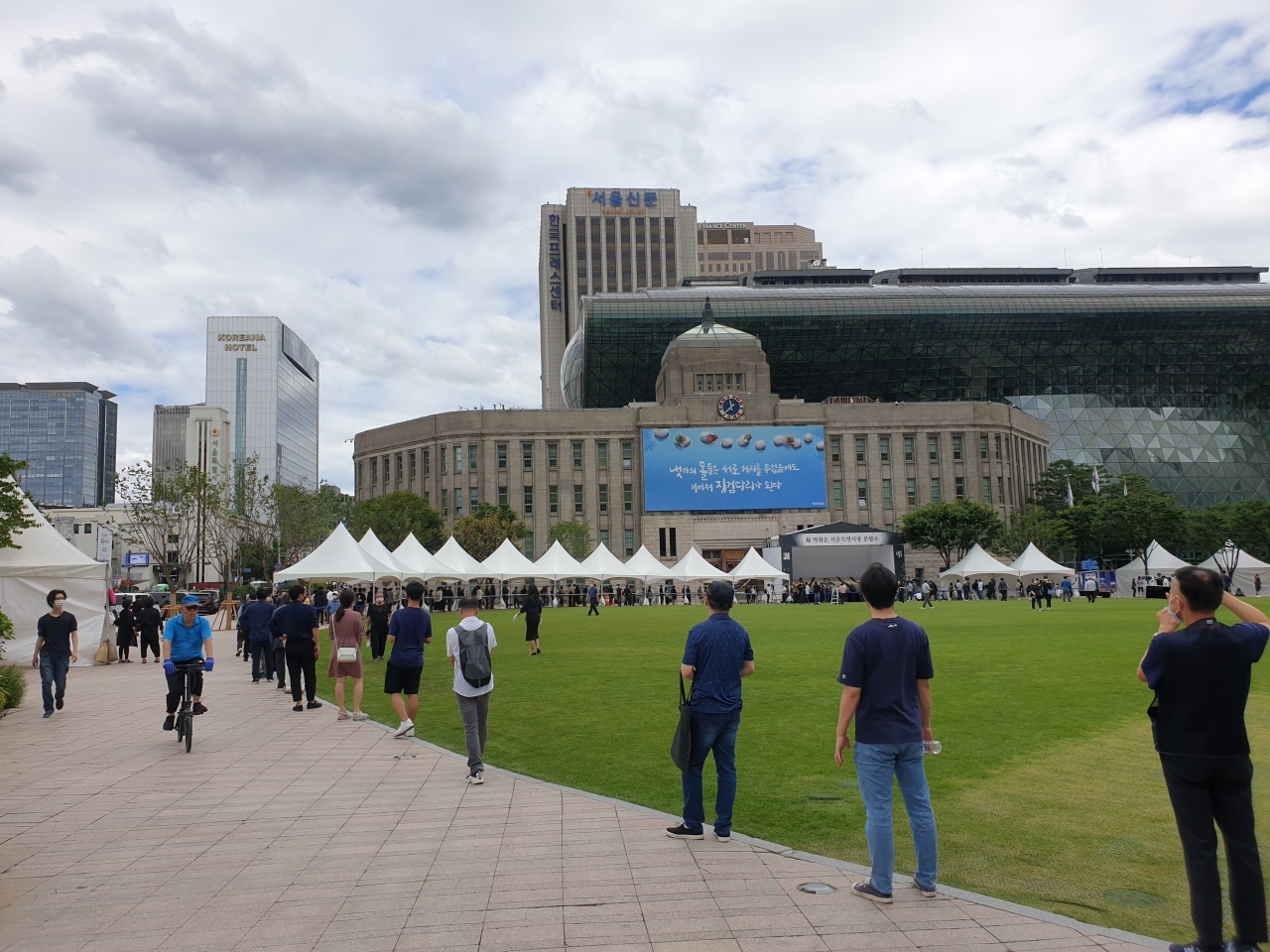 Seoul City Hall (Park Han-na/The Korea Herald)
The Seoul city government will hold a town meeting with foreign residents later this week to listen to their suggestions to make the city a better place to live in, officials said Thursday.

The event will be held at the Seoul Global Center in central Seoul at 2 p.m. Friday and be livestreamed through YouTube (youtu.be/03E15JUmGc8). The number of on-site participants will be limited due to antivirus restrictions, officials said.

Officials from the Seoul office of the International Organization for Migration (IOM) and its partner organization Migrant Research & Training Centre will also attend the meeting, celebrating the 70th anniversary of the establishment of the IOM and the coming international migrants' day on Dec. 18.

"The city government will reflect opinions gathered at the event in the municipal administration as part of efforts to develop Seoul into a global top five city where everybody wants to live in," Seoul Mayor Oh Se-hoon said.

Seoul town hall meetings have been held once or twice every year since 2000 to gather foreign residents' opinions on how to improve the quality of their life in the capital. (Yonhap)