BEIJING, Dec. 6, 2021 /PRNewswire/ -- A country's democratic system is deeply rooted in its history, culture and tradition, therefore, there is no "one-size-fits-all" democracy model.

Shen Haixiong, president of China Media Group (CMG), made the remarks at the International Forum on Democracy: The Shared Human Values, on Saturday.

Held in Beijing, the forum was attended by more than 500 senior politicians and scholars from over 120 countries and regions, and 20 international organizations.

Shen said China's whole-process people's democracy gives the Chinese people a sense of happiness and fulfillment. It has helped 1.4 billion people get rid of absolute poverty and brought the COVID-19 pandemic under control.

Meanwhile, he criticized the U.S. for imposing its democracy on other countries regardless of their cultural and historical differences.

The U.S. Capitol riot in early January, Washington's hasty withdrawal from Afghanistan and the country's record-high death toll during the COVID-19 pandemic have exposed that American democracy is getting seriously sick, Shen said.

Noting that CGTN coverage on Afghanistan has shown the world the real situation in the country, Shen pledged that CMG will continue to shoulder its responsibility as a major international media outlet to spread the truth and share democratic stories in China.

We believe in the power of justice, and we'll be committed to spreading objective and fair democratic awareness, Shen said.

He vowed to work actively to build a healthy global public opinion environment and enhance exchanges between different civilizations to build a community with a shared future for mankind.

Xie Fuzhan, president of the Chinese Academy of Social Sciences, said that democracy is a concrete phenomenon that is constantly evolving. Rooted in history and culture, it takes diverse forms and develops along the paths chosen by different peoples based on their exploration and innovation.

Yukio Hatoyama, former prime minister of Japan, said the U.S., instead of overemphasizing its values, should focus on common values shared by the international community and avoid a zero-sum game in international relations.

Kenneth M. Quinn, former U.S. ambassador to Cambodia, hopes that China and the U.S. could work together to promote democracy through collaboration and multilateral diplomacy under the UN framework. 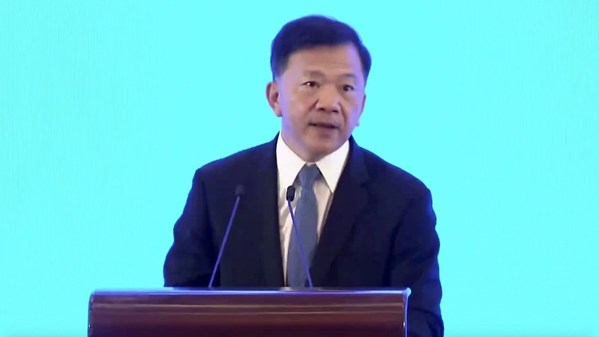