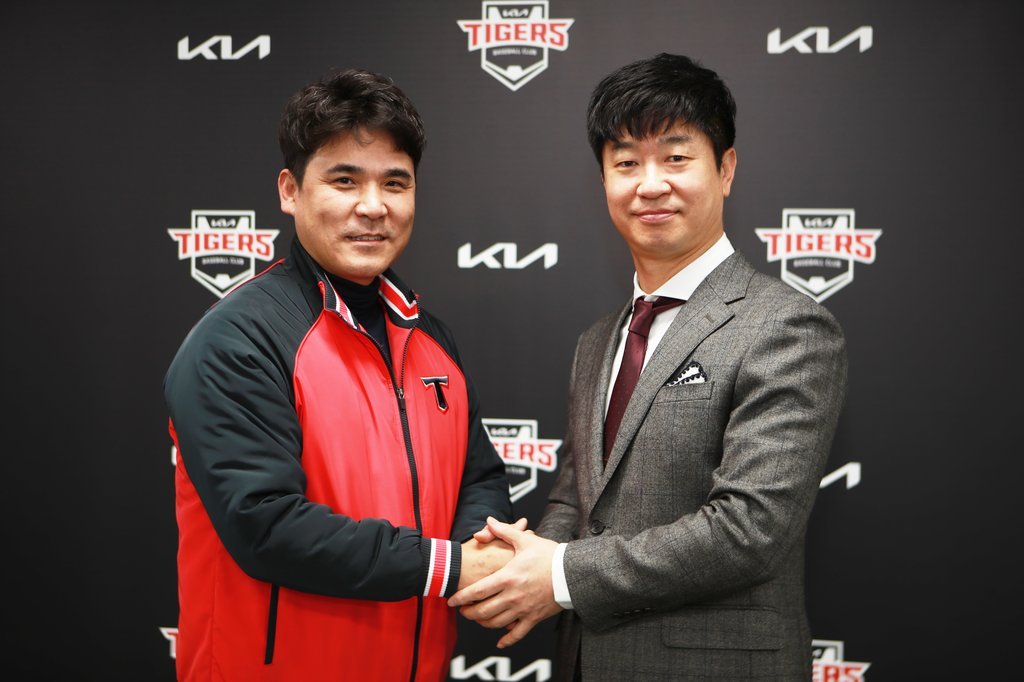 Kim is nicknamed the "Tigers' one club man," having played all of his 14 seasons with the Korea Baseball Organization (KBO) team, starting in 1996.

In November, the Tigers parted ways with manager Matt Williams shortly after finishing ninth in the 2021 season among the 10 KBO clubs. (Yonhap)