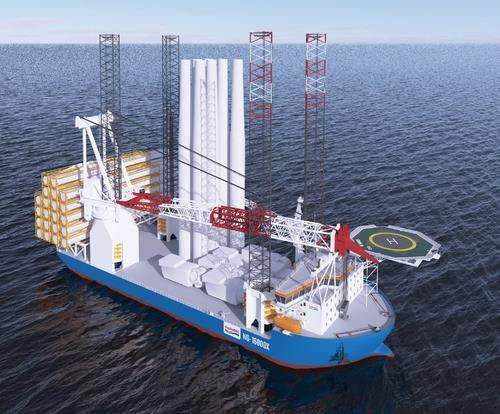 Under the deal with Monaco's Eneti Inc., the vessel will be delivered by the first half of 2023, DSME said.

The latest deal was made in accordance with the 370 billion-won contract with Eneti in May, under which it has an option to place an order for an additional WTIV.

The two WTIVs, which are 148 meters long and 56 meters wide, can sail while carrying five offshore wind turbines whose full generation capacities range from 14 to 15 megawatts.

The vessels will be built based on the NG-16000X design of GustoMSC B.V., a Dutch engineering firm.

DSME has won orders worth a combined $10.77 billion with the latest deal so far this year, surpassing 40 percent of its annual order target of $7.7 billion.