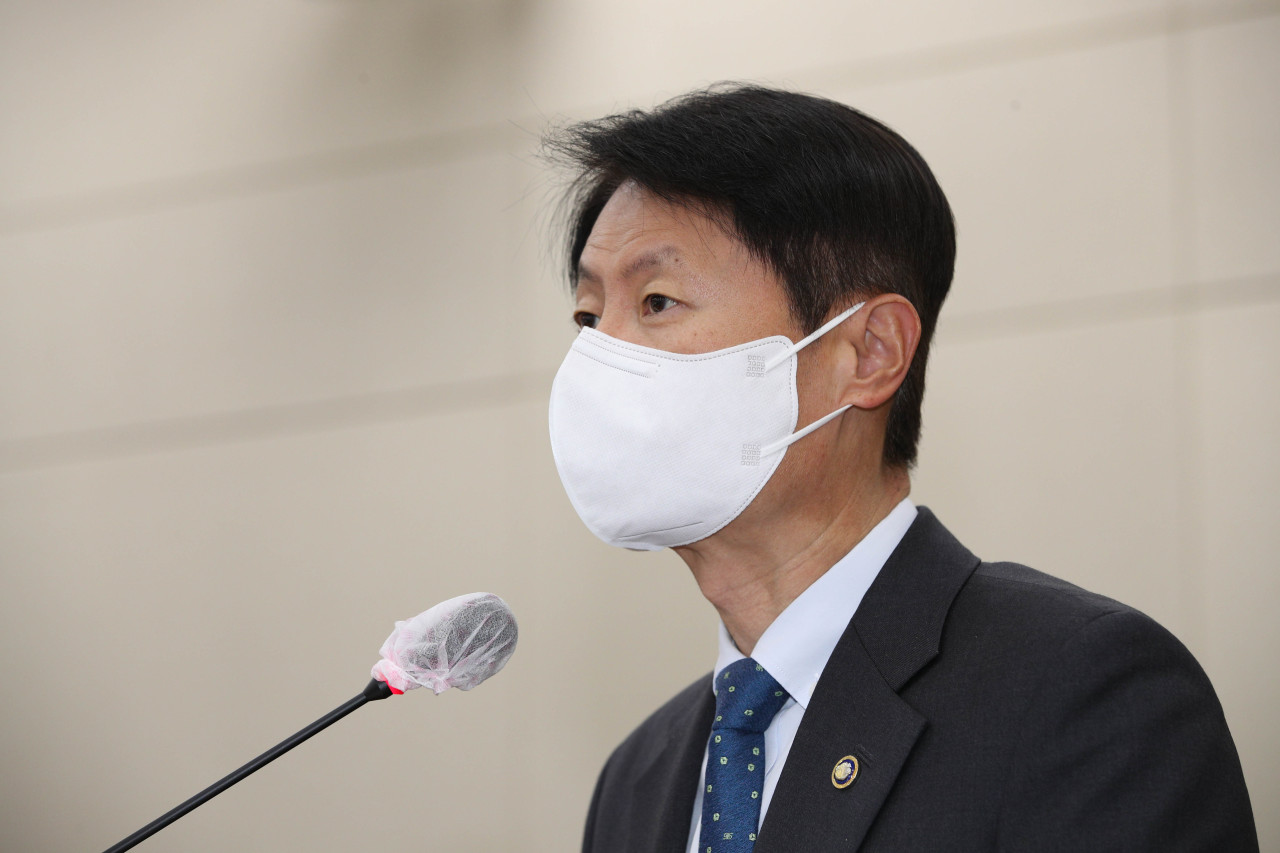 Minister Kim Gang-lip of the Ministry of Drug and Food Safety speaks in a meeting with parliarmenty committee on health and welfare at the National Assembly on Nov. 11. (Yonhap)
The licenses of six botulinum drugs will be revoked on Dec. 13, the Ministry of Food and Drug Safety announced Thursday.

The Drug Ministry said the drugs were being sold in the country without obtaining the state approval to sell them in the domestic market.

The drugs are four of Hugel’s Botulax units and two of Pharma Research Bio’s ReNTox units.

The Drug Ministry will also shut down Pharma Research Bio’s production for six months, citing that the biopharmaceutical firm’s ReNTox units were exclusively approved for exports but they were sold in the country.

The ministry ordered both companies to recall and discard the cancelled drugs and asked medical institutions to cooperate in the recall process.

“We will do our best to crack down on and punish acts that threaten public health. We will guide and inspect the industry and provide safe medicines,” the ministry said in a press release.