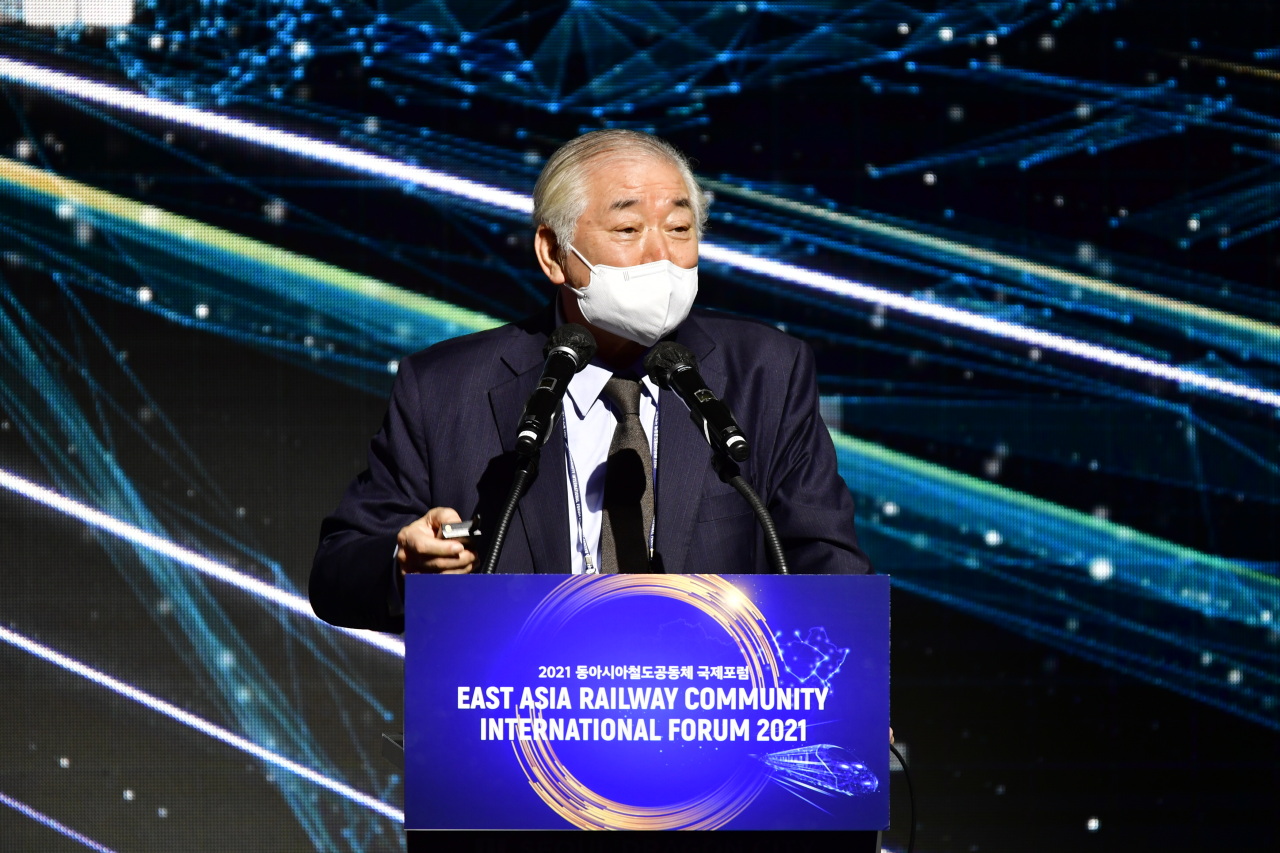 “The EARC is needed to overcome the continental-maritime divide along the Korean Peninsula, which is the old relic of the Cold War system, to open a new horizon of prosperity by tapping into the northern frontier to facilitate functional spillover effects on economic, social and cultural arenas, and to reduce geopolitical tension and to serve as the medium of confidence-building and peace-building in the region,” Sejong Institute Chairman Moon Chung-in told East Asia Railway Community International Forum in Seoul.

Giving the keynote speech at the forum, Moon pointed out that the regional railway community cannot be implemented without general consensus among top leaders of concerned countries.

“It seems essential to hold the highest level of political talks. The EARC cannot be implemented without the political blessing of top leaders of concerned countries,” he said. “Thus, there is a strong need to organize a Northeast Asian transport and logistics summit to jump start the process.”

The East Asia Railway Community is an intergovernmental cooperative organization in East Asia to promote economic exchange and cooperation, as well as to enhance peace and security through railway connectivity.

The South Korean president had proposed the EARC at his National Independence Day speech in 2018 and since then, the Ministry of Land, Infrastructure and Transport had been mapping out to form EARC through cooperation with related countries.

During the forum, representatives of related countries as well as professors and experts from international organizations discussed the meaning of creating a railway system that connects East Asia not only physically but also as a regional community, and what can be done to make this feasible.

The assistant minister for railways at the Transport Ministry, Kang Hee-up agreed that the first step in forming the EARC is forming a consensus and recognizing its necessity.

“Through this forum, we hope to flourish discussions about the EARC and we will continue to review specific measures with related countries to realize the plan,” he said.