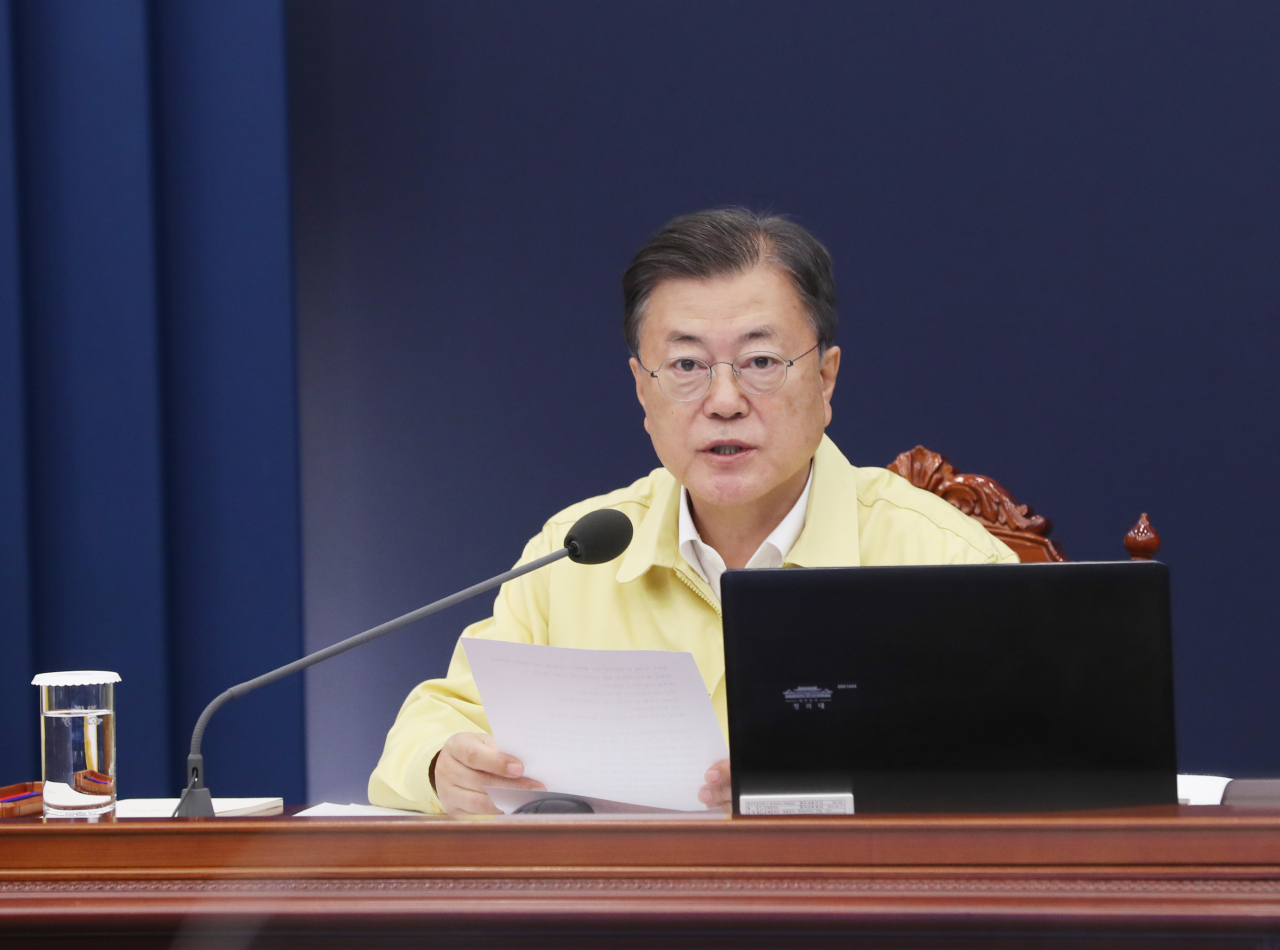 Authorities said on the day that a Korean couple, who visited Nigeria, was suspected of having the omicron variant, and is currently conducting a genome test. The results will be confirmed later on Wednesday evening.

“The analysis of the new variant has not been done yet, but it could be a critical phase in the future COVID-19 response,” Moon said.

Moon then ordered the development of a diagnostic kit to detect the omicron variant as soon as possible. He also called for the rapid establishment and implementation of quarantine strategies in response to omicron variants through international cooperation and expert discussions.

Specific details of the quarantine measures have not yet been announced.

“In addition to the increase in confirmed cases and critically ill patients, the influx of new variants is aggravating the difficulty of quarantine,” he said.

He urged the public to strictly observe the quarantine rules and take vaccines.