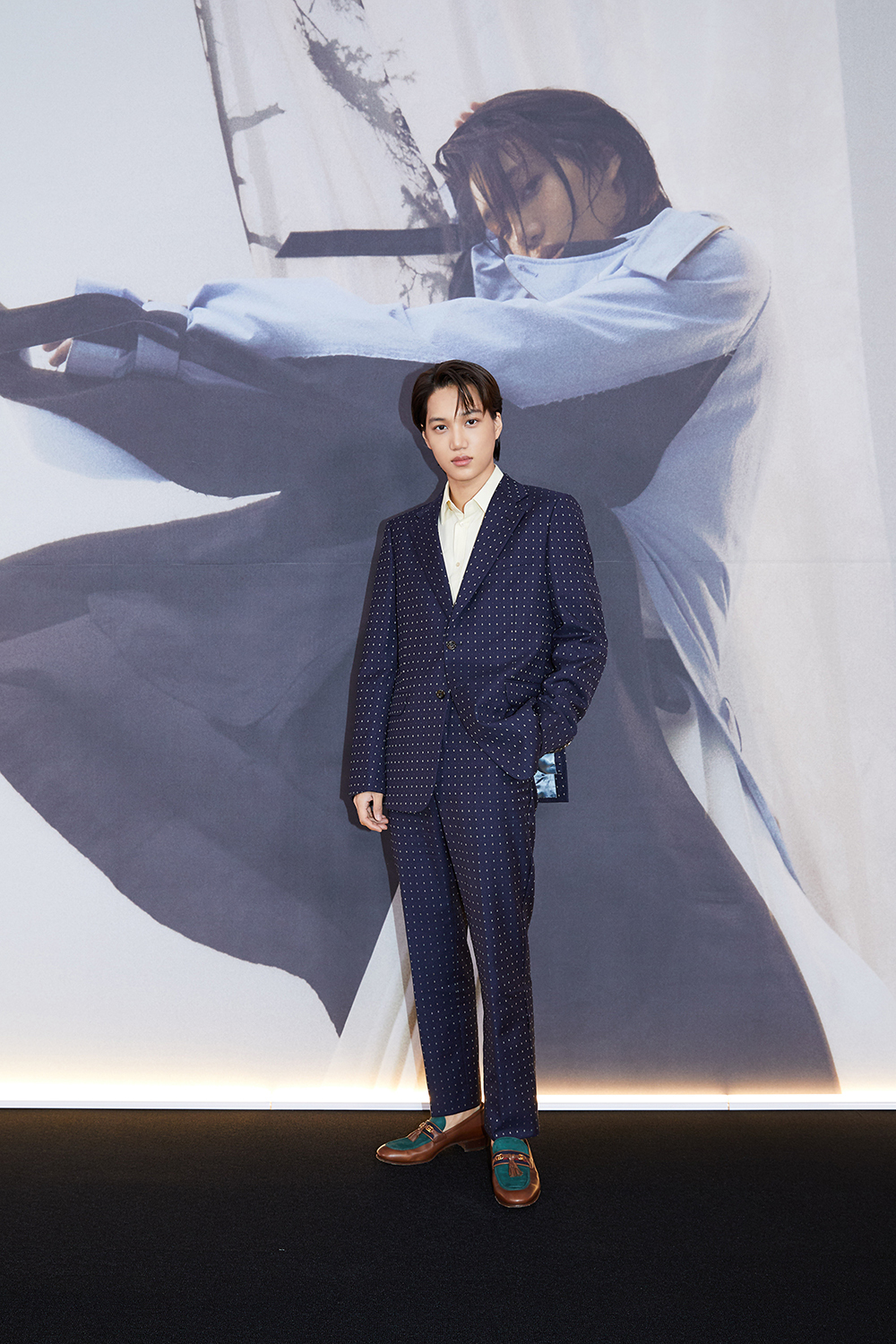 In a press conference earlier Tuesday, the singer said his second EP consists of six tracks spanning across genres, adding that the expansion in his musical taste will be worth the listen.

The virtuoso’s new solo album is a six-song package peppered with hip-hop and R&B tunes, along with bass and drum sounds blended with his low-tone vocals.

Leading the album is “Peaches,” which the singer described as a “mixture of medium-tempo R&B tune with an addictive melody and 808 bass sounds that talks about spending romance with your lover,” likening the sweetness of love to a peach. He added that the lyrics talk about how one wants to be in paradise with a lover.

Speaking about how he first floated the idea, he said he came up with “peaches” for his title track and album name because the word led him to widen his imagination.

“The song was on repeat for hours, which is how I was able to come up with the concept. And as I kept on listening to the music, I had to think about how I was supposed to convey and express this song. The term ‘peach’ reminded me of a paradise. Later, the word ‘paradise’ led me to think of a god, and I felt as if I was in the sky, but at the same time, I connected the fruit to something sweet,” he said.

The singer went on to say that he wanted to pass on a message that the more you think of something, the more you want it in your hands.

Side track “Vanilla” is an indie-pop-based tune that boasts an ethereal sound that melds the guitar, bongo drums and tropical house synth in the background. In line with the title, the song likens the feeling of falling in love with vanilla.

Kai added that although he is known for his stage presence as a dancer and performer, choreography is not his priority, but he accentuates the tune and message. 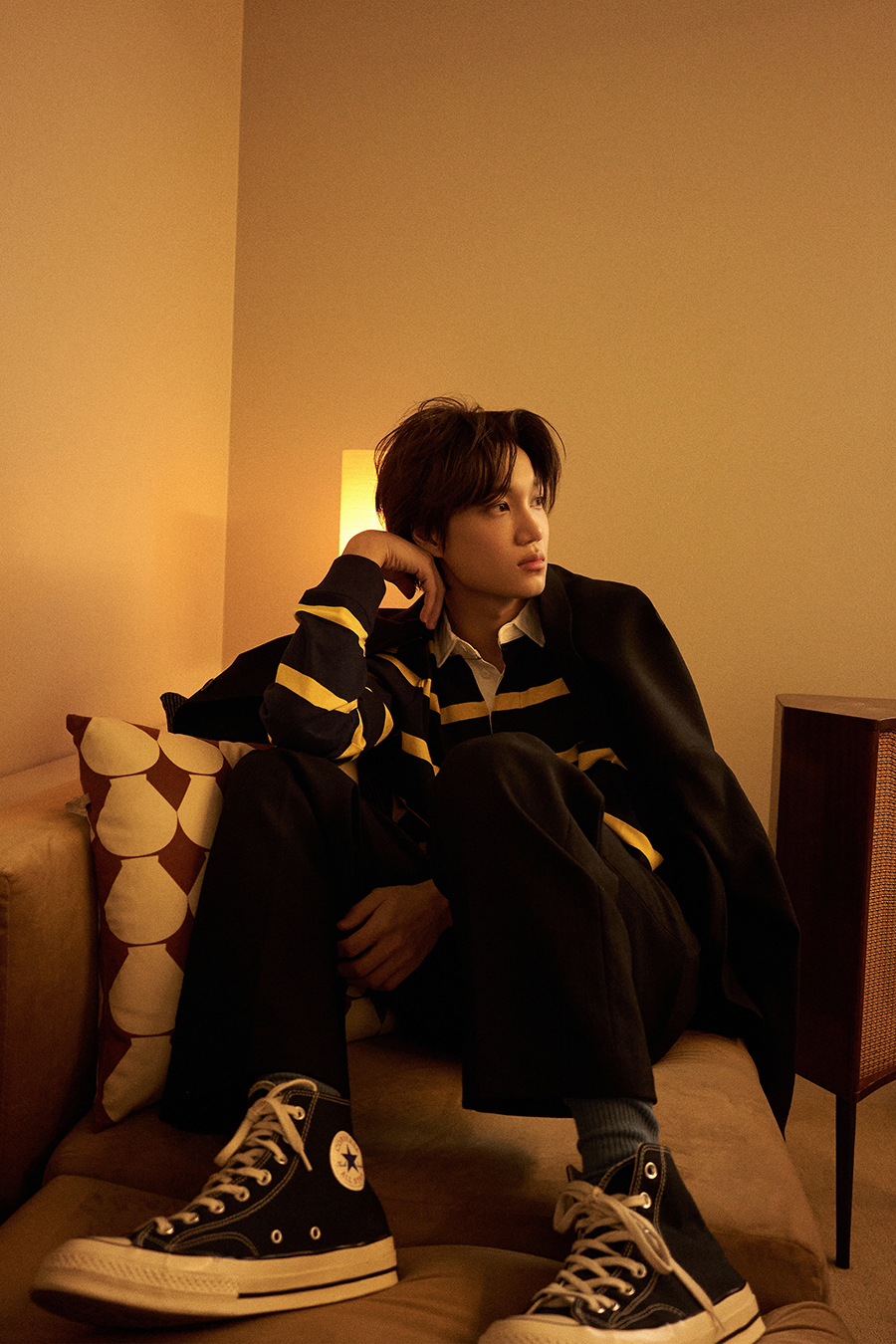 (S.M. Entertainment)
Tuesday marks Kai’s first anniversary as a soloist, but he said he had never intended to release his second album on the same day.

“It seems like yesterday that I dropped my first-ever solo print, and yet I’m celebrating my one-year anniversary today -- the way how time flies surprises me. I should’ve put out an album earlier, but I needed to devote more of my time and effort to release a better album and music worth a listen,” the artist said.

The musician continued to say that fans would be able to see a different side of Kai the singer through “Peaches” and things that he wasn’t able to show on his first solo track, “Mmmh.”

The veteran idol dropped his highly anticipated first-ever solo work in November last year. And although the singer has been away from music since then, his previous eponymous album topped iTunes top album charts in 55 regions and major music charts at home. The music video for his titular “Mmmh” had racked up more than 100 million views on YouTube as of October as well.

As Kai is rings the bell into his 10th year as a musician -- as part of boy band EXO and supergroup SuperM -- he said he tried to find the balance between melding in his musical taste or going for a widely accepted tune.

“As a member of EXO, I always had to coordinate with my bandmates, but soloist Kai does everything. I wanted to endeavor on new things and try on different elements of music and performances so that I could go to a different side of me,” he said.

On closing the event, the 27-year-old said he wishes to hear that he has a cute side tailored to him because he’s been known to have a charismatic image. He added that it would be nice if listeners could feel the joy and happiness of eating the sun-ripened delight.

The six-track collection was released at 6 p.m. on Tuesday.