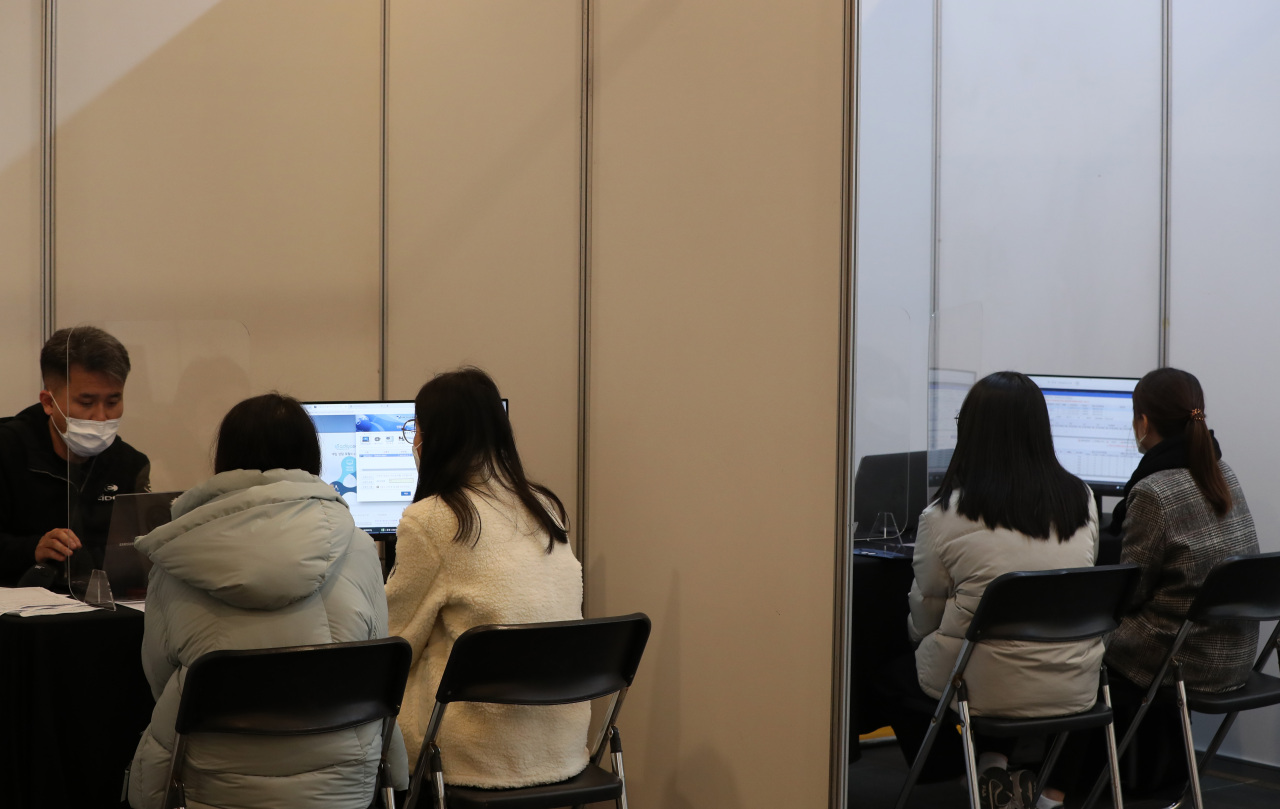 Test takers and their parents are discussing university entrance strategies at a college fair held at Chuncheon City Hall in Gangwon Province on Nov. 21. (Yonhap)
The Korea Institute for Curriculum and Evaluation will release the answers for this year’s Suneung, or college scholastic ability test, on Monday, after reviewing 1,014 complaints filed against this year’s exam questions.

The institute, which organizes the standardized exam required for university application, will post the answers on its website on Monday at 5 p.m.

The 1,014 complaints submitted more than double the 411 complaints made last year. The institute received objections for five days after the day of the exam, which was held on Nov. 22.

Some 496 complaints were filed for the English portion of the exam, followed by 233 complaints for science, 146 for social studies and 108 for Korean language.

Question 34 in the English portion had the most complaints this year with a total of 458 objections.

The possibility of the complaints being accepted, however, are low. Since the exam was introduced in 1994, there have only been six questions that were fixed to accept more than one-answer choice.

While the institute announced the level of difficulty for this year’s Suneung to be similar to that of the previous years, the education industry deemed it to be difficult compared to other years.

The test results, based on the answers announced Monday, will be released on Dec. 10. Unlike last year, the raw scores for the test will not be provided. The test-takers will apply for universities based on the nine-tier rating system, standard scores, percentile ranks and more.